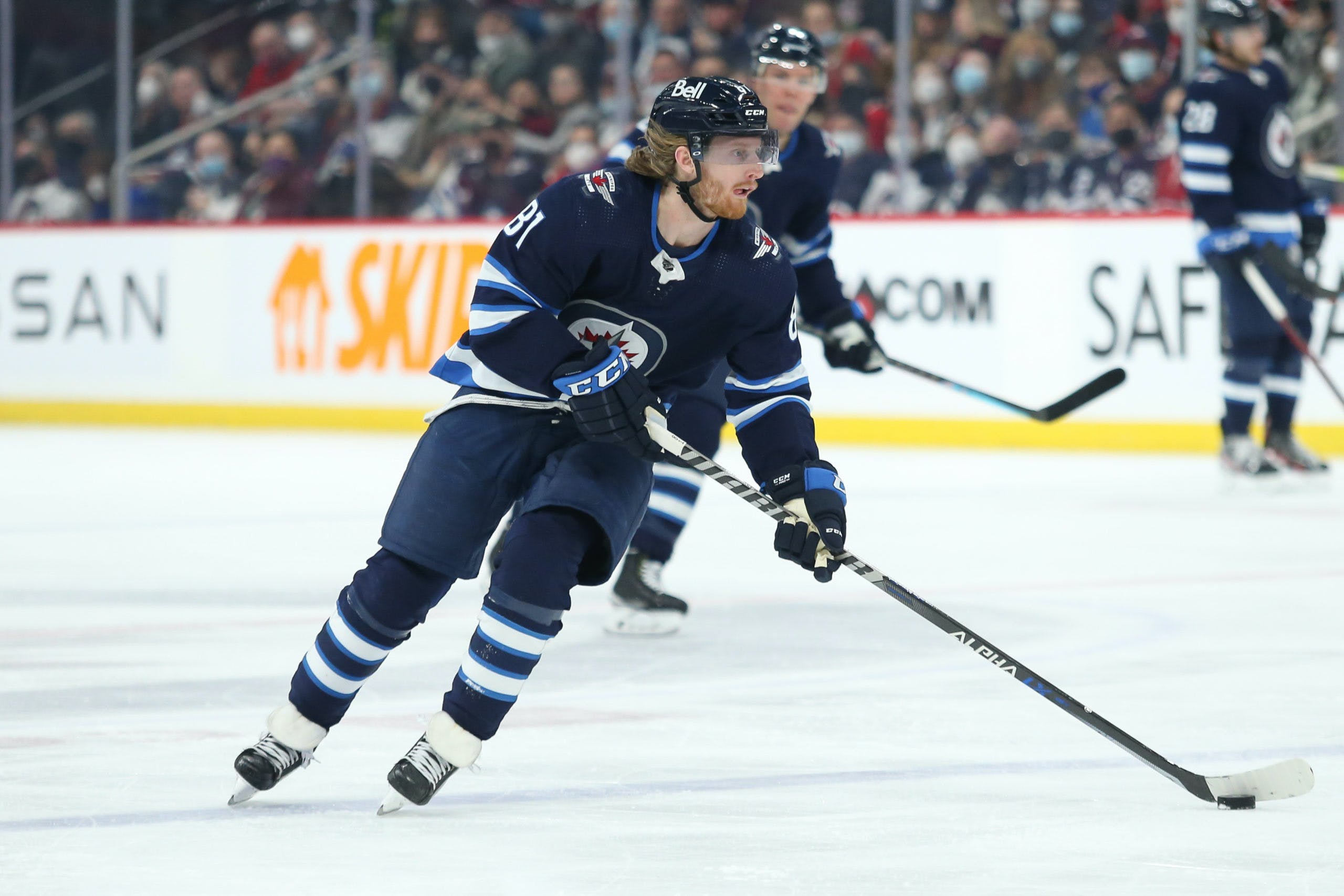 By Angus Hout
8 months ago
On the new Jets Nation Tik Tok account, someone left the comment #ConnorforRocket, which got me thinking. Is it possible for @Kyle Connor to legitimately win the Rocket Richard trophy this year? Let’s explore that question.
Currently, Connor is fifth in the NHL’s goal-scoring race with 33, sitting behind @Alex Ovechkin, @Chris Kreider (he also scored twice against the Jets on Mar. 3), @Leon Draisaitl and @Auston Matthews.
So there’s a healthy amount of competition that Connor has to jump over.
Right now, Matthews is on pace for 61.5 goals over a full 82-game season. Kreider and Draisaitl are both looking at 55.7 goals this season, with the ‘Great Eight’ at 50.8 and our boy Connor, at 48.2.
In this era, scoring 48 goals in a single season is a very respectable total. If we look at the Jets’ remaining 26 games, nine contests are scheduled for teams that Connor has scored seven or more goals against in his career – including the Vegas Golden Knights (twice), Ottawa Senators, St. Louis Blues, Toronto Maple Leafs, Colorado Avalanche and Montreal Canadiens.
If Connor averages 1.25 goals against these six opponents, that’d round up to 12 total goals. Those 12 markers would move him up to 45 goals on the season. If he stays healthy and scores another seven goals across the other final 17 games, his final total would reach 52.
Let’s average those two numbers and say Connor scores 50 goals in 2021-22.
If we look at the 10 seasons prior to the COVID-19 pandemic, minus the 2012-13 lockout campaign, the most goals scored in a season was 60 by @Steven Stamkos in 2011-12, and the least was in 2016-17 with @Sidney Crosby’s 44 markers. By this margin, the average amount of goals it’d take to win the Rocket Richard Trophy is 51.5 goals. So yeah, capturing this season’s trophy could be attainable for No. 81.
To summarize: Is it realistic for the Jets’ newest All-Star to win the Rocket Richard Trophy? Sure, but it won’t be easy. The way the other guys are scoring right now, paired with Winnipeg’s slim playoff chances, it’s going to be pretty damn tough for Connor to pass the other four leaders.
Still, I do firmly believe that Connor can score 50 goals this season, putting him in contention for the goal-scoring award. He probably won’t win this year, but if he remains consistent, slowing him down will be a difficult task for opposing defences from here on out.
Can KFC score 50 goals this season? Or do you think Connor will find another gear and win the Rocket Richard Trophy this season? Let me know your thoughts down below.
More from Jets Nation:
Uncategorized
Recent articles from Angus Hout