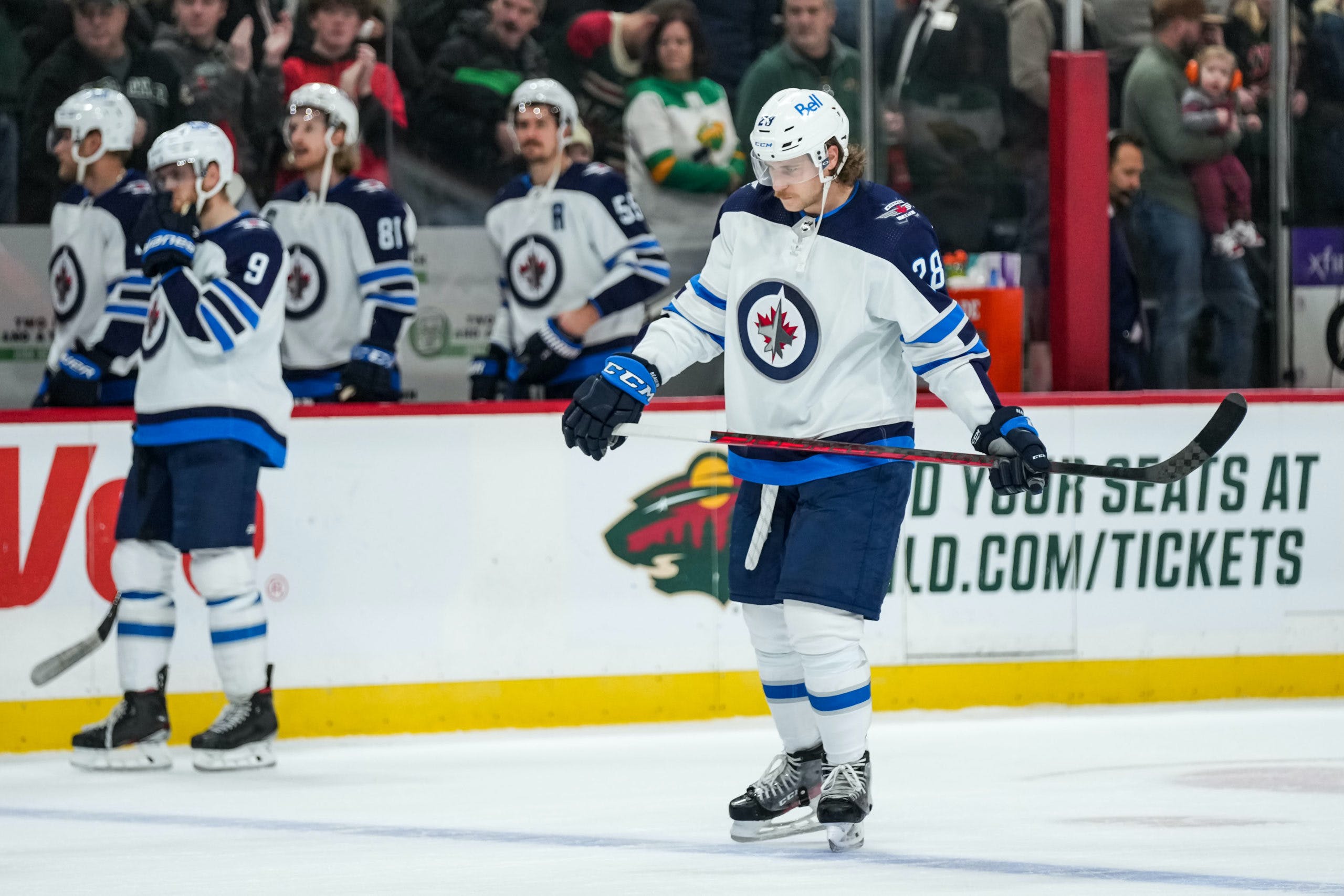 By Thomas Hall
9 months ago
Preparing for an upcoming tilt against the New York Rangers, the Winnipeg Jets will remain without one of their defencemen as @Nathan Beaulieu recovers from a lower-body injury.
Following Sunday’s morning skate at Canada Life Centre, interim coach Dave Lowry confirmed Beaulieu won’t be available next game and believes this injury will keep him sidelined past just a couple of days.
Beaulieu, 29, departed during the first period of Friday’s game and didn’t return after crashing awkwardly into the boards inside the defensive zone. In turn, the 6’2″ blueliner logged just 5:43 minutes of ice-time on the night.
With the left-hander set to become an unrestricted free agent this off-season, understandably, management would’ve likely explored potential trade scenarios in the coming weeks. Now, however, the chances of dealing him prior to the Mar. 21 deadline are probably slim to none.
Appearing in his fourth season with the Jets, Beaulieu has compiled 10:46 minutes of ice-time per night, posting four assists across 24 games. In addition, he’s also added 24 shots on goal, 19 blocks and 19 hits.
Winnipeg is scheduled to host New York on Sunday, beginning at 6:00 pm CT.
More from Jets Nation:
Jets News
Recent articles from Thomas Hall