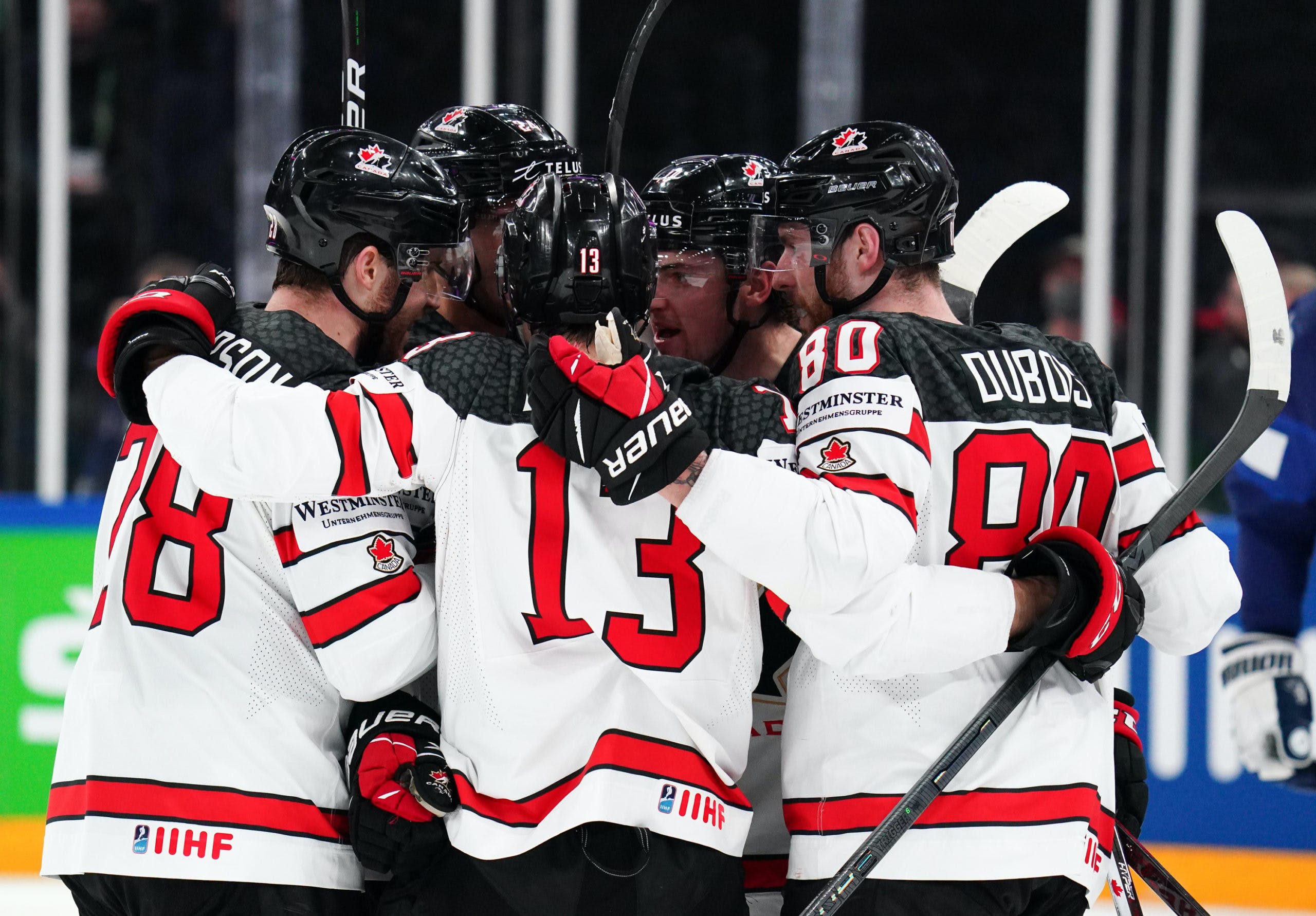 Photo credit: Hockey Canada PR
By Thomas Hall
5 months ago
Comments
There won’t be a repeat champion at the 2022 IIHF World Championship.
After winning last year’s event, Canada returned to the Gold Medal Game once again, only to face off against Finland for a third straight tournament. Sadly, despite a late comeback effort, paired with some awful officiating, Team Canada couldn’t fend off the Finns.
In the end, Finland proved victorious in overtime thanks to a power-play goal from Sakari Manninen, winning via a 4-3 outcome. The goal was set up by Nashville Predators forward @Mikael Granlund, registering his third point of the game.

Sakari Manninen scores on the power play, with Granlund setting him up.

Unfortunately, Winnipeg Jets forwards @Pierre-Luc Dubois and @Adam Lowry were both held off the score sheet in this contest. For Canada, however, New York Islanders forward @Mathew Barzal led the way by earning a primary assist on all three of his country’s goals.
Advertisement
Ad
Advertisement
Ad
Dubois, who scored seven goals and 13 points during the tournament, was recognized for his impressive performance and was named as one of six All-Stars on the World Championship roster.

As for Dubois’ teammate, Lowry, he posted four goals and nine points through 10 games. A respectable showing by the veteran centre, as well.
Both Dubois and Lowry will take home a silver medal for their respective efforts. Now, they’ll head into the off-season before reporting to the Jets’ training camp in the fall.
On a related note, defenceman @Nate Schmidt – who registered two goals and six points in the tournament – and Team USA were unable to secure a bronze medal versus Czechia. The Czechs claimed bronze after defeating the Americans 8-4.
Advertisement
Ad
Advertisement
Ad