Jets could be buyers and sellers at 2022 Trade Deadline 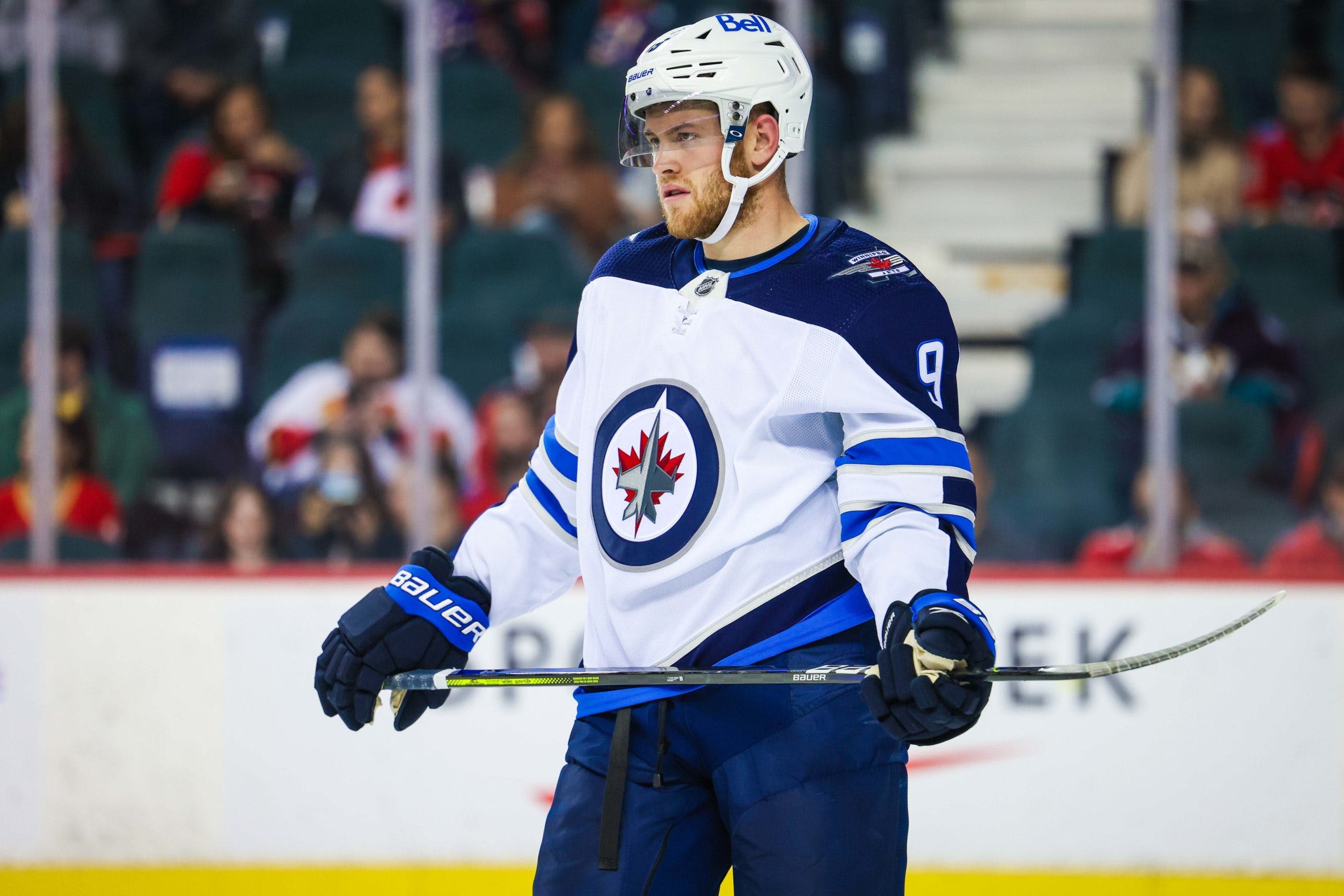 By Colton Davies
9 months ago
With the trade deadline just under three weeks away, it’s evident that the Winnipeg Jets could be both buyers and sellers heading into that day. This club has expiring contracts in players like @Andrew Copp and @Paul Stastny, who’re their biggest assets heading into deadline day.
With both on the verge of becoming pending unrestricted-free agents (UFA), it would be beneficial for the Jets to offload those players and get a package back in return, rather than letting them walk to free agency.
The Jets need to bolster their defence, the off-season additions of @Brendon Dillon and @Nate Schmidt were supposed to fix the issues on the blue-line, ultimately that hasn’t been the case. Dillon has provided some much-needed physicality, has posted 16 points in 51 games and is second behind @Adam Lowry in the hits category with 133. To add, Dillon also has four fights on the season.
The 6-foot-4, 225-pound defenceman has been a breath of fresh air for some Jets fans, but ultimately, probably isn’t the answer long-term.
Schmidt has also been productive thus far. He was acquired from the Vancouver Canucks in exchange for a third-round draft pick last off-season. This season, he’s accumulated 27 points (four goals, 23 assists) in 52 games. Schmidt leads the team in blocked shots, sitting at 71 on the season.
His willingness to sacrifice his body has been one of his biggest factors, as well as his special teams’ play on the power-play. So far, the blueliner owns 11 power-play points. Still, the fact remains, it’s time for the Jets to retool their defensive crop heading into next season and they could use a player like Copp or Stastny to fetch a good package.
Copp currently sits at a cap hit of $3.64 million, while he’s a rental in terms of finding him a new home, the right team could do a sign and trade. Last year, Copp set career highs across the board and currently has 30 points (13 goals, 17 assists) in 48 games this season. Elite Prospects has him projected to put up 45 points, which would once again have him setting new career highs.
A valuable forward who has been a part of the Jets core for some time now, Copp has found chemistry in recent years with players like Lowry and former Jets forward @Mason Appleton. He’s also found some success on the special teams as well, registering 12 power-play points last season and five during this current one.
Now to the advanced stats, according to Dobber Prospects, Copp’s points per 60 minutes is down 2.4 from last season. 1.7 is normal for a player like him to sway back and forth. His secondary assists percentage (Sec. Asst%) is also significantly lower than last season. Currently, he sits at 31.3 per-cent, down from 45.8 percent in 2020-21. While his advanced stats have changed over the past year, the jack-of-all-trades is still an extremely valuable player.
This is why the Jets need to offload him now, as they’ll likely be unable to re-sign him come free agency and would lose him for nothing. A couple of teams that have kicked tires on Copp, according to The Atheltic’s Murat Ates, have been the Boston Bruins. They could be a team that focuses on him as they have a few intriguing prospects, particularly Jack Studnicka. While I’m not saying that’s a fair deal, it’s a start, and one would have to wonder if a first-round pick is part of the package, too – after all, the Jets need younger players and prospects. Another team to consider is the Washinton Capitals.
On to Stastny, who recently made headlines for acknowledging his donation to the “freedom convoy” that rolled through Ottawa and made their way onto Parliament Hill. His name was one of 90,000-plus that was leaked in a recent hacking scandal. On Tuesday, Stastny spoke to the Winnipeg Free Press about his donations and explained why he supported the cause.
Stastny made his return to the Jets organization last season after spending two years with the Vegas Golden Knights. Last year, he registered 29 points (13 goals, 16 assists) in 56 games. This season, he has 25 points (13 goals, 12 assists) in 44 games and has even seen some playing time on the first line with @Mark Scheifele and @Blake Wheeler. While Stastny is 36, a playoff-contending team would likely be willing to take on his $3.75 million cap hit to use him as a veteran tool in the playoffs.
With Stastny holding a bit of value, this would be a good time to offload him even if that means including Copp in the deal, as well. A few teams who could find themselves calling Cheveldayoff are the Calgary Flames, Toronto Maple Leafs and the Bruins once again.
As the trade deadline inches closer, the Jets must soon decide whether they’re sellers, buyers or both this season.
More from Jets Nation:
Uncategorized
Recent articles from Colton Davies