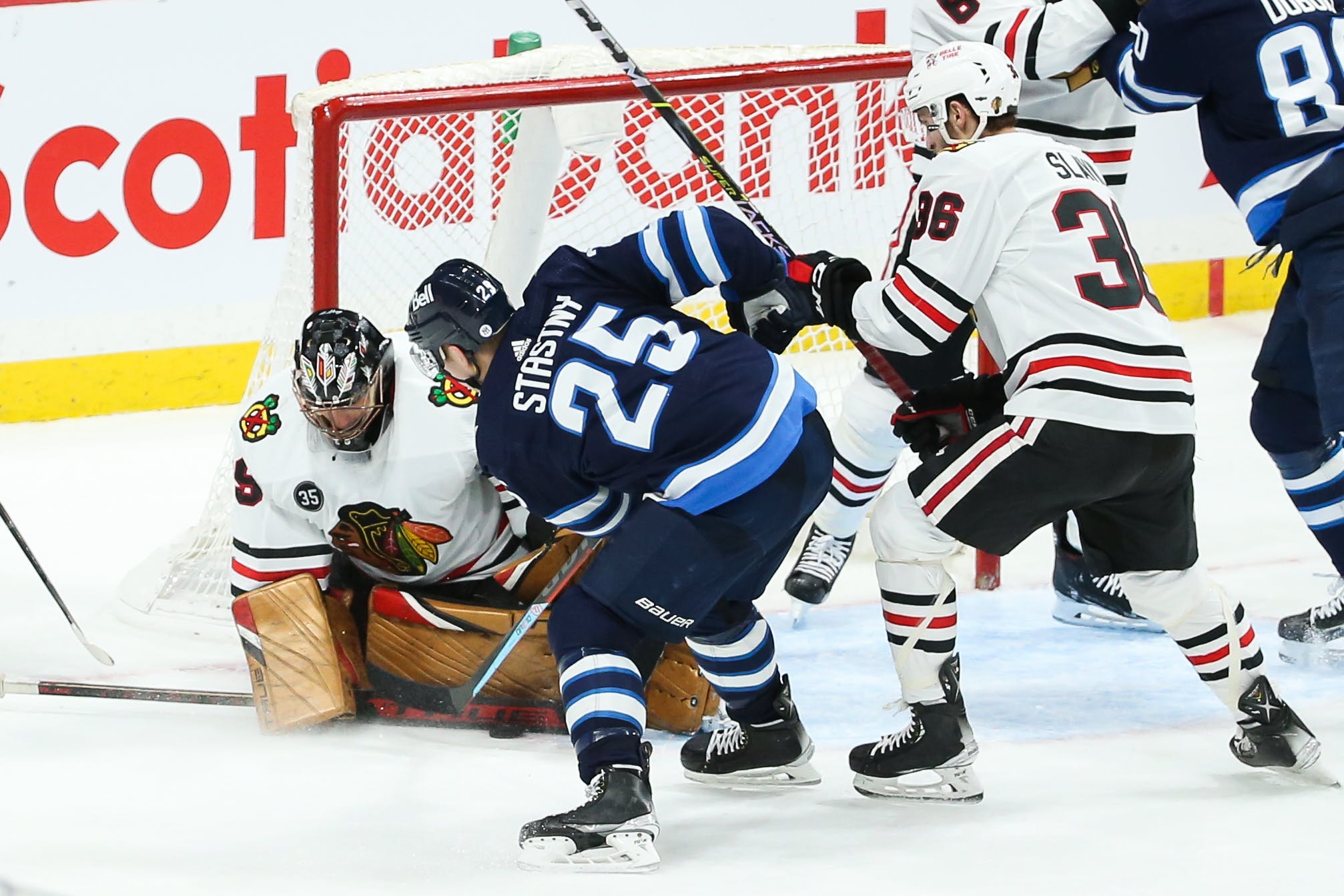 By Angus Hout
8 months ago
The Winnipeg Jets can’t win every game down the stretch and we learned that on Mar. 18, when the Boston Bruins won 4-2. Making matters worse, the Vegas Golden Knights beat the Los Angeles Kings one night ago, placing this club six points back of the final wild-card spot.
It wasn’t a great showing for the Jets, especially in the second period, where they only managed four shots on net and allowed 22 in the same frame. Good thing goaltender @Connor Hellebuyck was in the zone or else things could’ve gotten even uglier.
Like the Jets, I endured another rough night on the betting front, going 1-for-6 on Friday night. Let’s hope that changes for the better.

This season, Winnipeg owns 66 points and a 28-23-10 record. To reach 94 points, the Jets will need to win 14 of their final 19 games. That’s a tall order to fill; the last quarter of the season should be a wild one.
Hellebuyck will make a fourth straight start in this contest after stopping 41of 44 shots against Friday while facing the Bruins. Overall, he features a 21-22-9 record, a 2.99 goals-against average and a .909 save percentage.
The Jets will be without @Adam Lowry (COVID-19), @Cole Perfetti (lower body), @Kristian Reichel (lower body) and @Nathan Beaulieu (lower body).
Additionally, this club won’t be sitting @Andrew Copp and @Paul Stastny less than 24 hours before the 2022 Trade Deadline.
Forward @Jeff Malott will make his NHL debut Sunday, he’s played 80 games with Manitoba Moose over the last two seasons. In total, the 25-year-old has scored 32 goals and 48 points. He’ll start on the fourth line with @Jansen Harkins moving up to the third line.
All-Star @Kyle Connor has matched his single-season career-high total in goals (38) and points (73) this season. Captain @Blake Wheeler leads the team with 36 assists.
The Jets and Chicago Blackhawks last met on Valentine’s Day, where Chicago won 3-1.

What You Need to Know About the Blackhawks

The Blackhawks won’t be making the playoffs this year. Currently, they own a 22-31-9 record and 53 points.
Goaltender @Marc-Andre Fleury will man the crease for the 45th time this season. The three-time Stanley Cup champion features a mediocre 2.90 goals-against average, a .909 save percentage and a 19-20-5 record.
Chicago will be without @Jujhar Khaira (lower back), @Tyler Johnson (concussion protocol) and @Connor Murphy (concussion protocol).
Forward @Patrick Kane leads the Blackhawks in assists (50) and points (69). @Alex DeBrincat leads the club in goals (34).