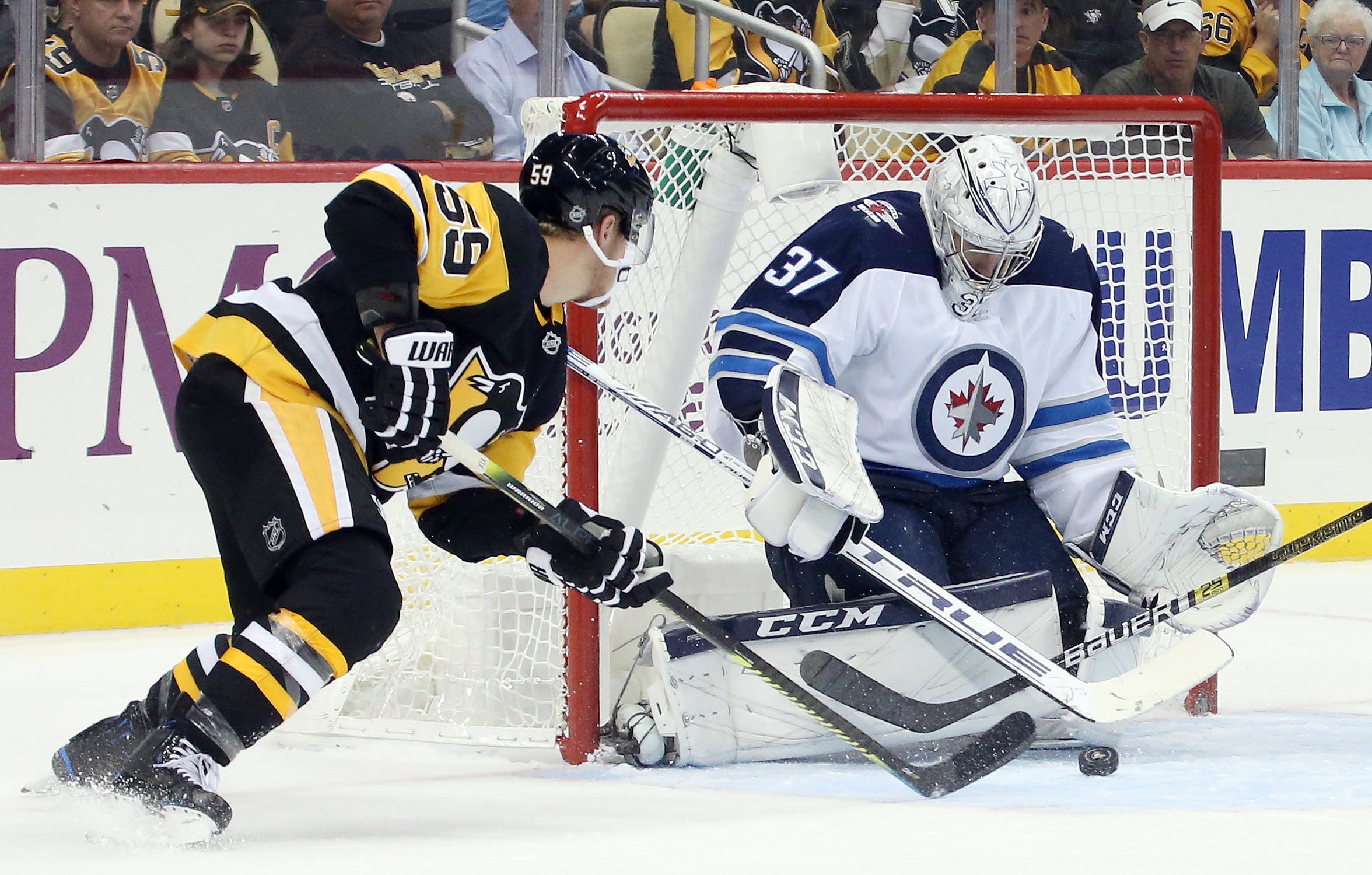 On Nov. 19, the Vancouver Canucks snapped their five-game losing streak with a 3-2 victory over the Winnipeg Jets. Personally, I liked the Jets’ performance, they played hard and didn’t become overly frustrated despite not receiving a single power-play opportunity during the second half of their back-to-back series.

Looking at the betting side of things, I finally scored on half of my bets in a single game! Overall, I went 3-for-6 on the night, pushing my record to 11-for-48 on the season. Let’s hope I can ride this wave and continue to make the right decisions regarding this team.

Here’s Monday’s action between the Pittsburgh Penguins and Jets:

The Penguins have had the Jets number since the creation of the Atlanta Thrashers. In the last ten games, Winnipeg has only won three of those matchups. Oct. 13, 2019, was the last time these two clubs met, which saw the Jets defeated 7-2. Since both teams have changed significantly in the last two years, this should be a very interesting game.

@Connor Hellebuyck is back between the pipes Monday. Hellebuyck is 6-2-4 this season with a 2.62 goals-against average and a .918 save percentage. @Paul Stastny is out once again with his foot injury, missing his seventh straight contest.

The Jets are 13th in the National Hockey League regarding shots for, averaging 32.1 per game. As for shots against, they’re positioned 19th in the league, allowing 31.1 shots per game. Regarding face-offs, they’re currently ranked 21st in that department, only winning 48.7 per cent of face-offs.

@Kyle Connor leads the Jets in goals with 12 and @Andrew Copp leads them in assists with 11.

What You Need to Know About the Penguins

The Penguins have won their last two games while outscoring their opponents 8-0. On the season, however, they own a mediocre record of 7-6-4 and currently sit sixth in the Metropolitan Division with 18 points.

In goal, Pittsburgh is starting @Tristan Jarry, who’s currently running on a 151:06 shutout streak. The last person to score on him was @Kyle Okposo, which came three games ago. In total, Jarry owns a 7-4-3 record, 2.17 goals-against average and an impressive .927 save percentage. The Penguins will be without star @Evgeni Malkin.

The Penguins are on top of the NHL in shots for, averaging 35.5 per night. Additionally, they’re just behind the Jets in shots against, sitting in 21st while surrendering 30.8 shots per contest. On the face-off dot, they’re positioned in the top half of the league (12th overall), winning 50.7 per cent of them.

Leading Pittsburgh in points and goals is @Jake Guentzel, who owns seven goals and 14 points.

I’m betting with PointsBet.com and so should you!

Moneyline: The Penguins have shut out their last two opponents, however, their good fortune has to end sometime. So I’m taking the Jets on the moneyline at -115.

Risky Business: Connor and @Mark Scheifele both score a goal at +600.

Prop Bet:  Jets win along with a total score under 6.5 goals.

Period Bet: Jets and Penguins both score one goal in the second period at +400.

Out of Town Risky Business: Ottawa Senators ML at +250.