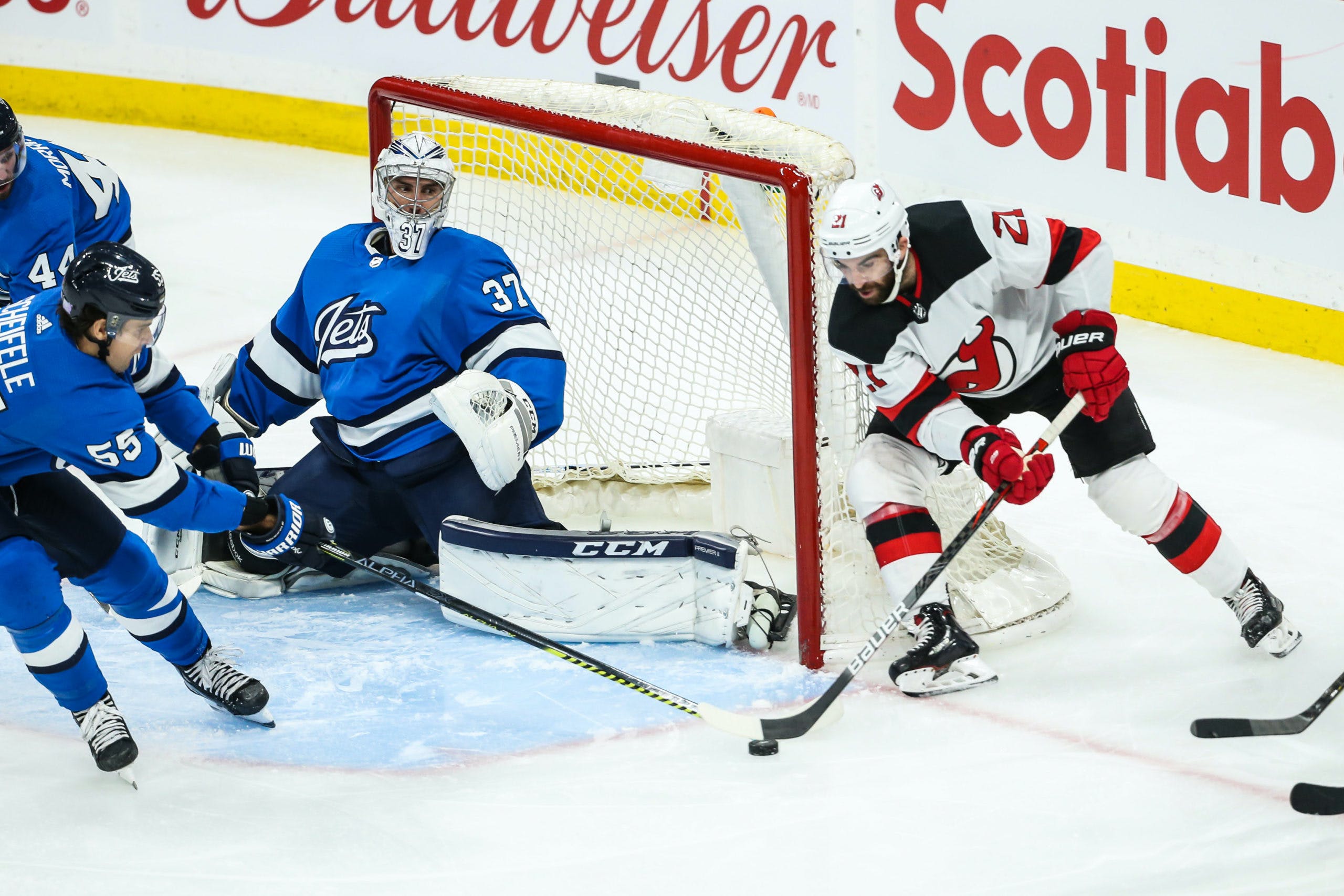 On Nov. 29, the Winnipeg Jets fell against the Arizona Coyotes, losing 1-0 in a game where they looked flat but still managed to fire 46 shots on rookie netminder @Karel Vejmelka, who doesn’t feature a profile photo on the league’s website.

Similar to the Jets, I too dropped the ball in the betting world, losing all of my bets from Monday. Safe to say, I didn’t help anyone with money that night, luckily it’s a new day and a clean slate for everyone involved.

With that in mind, let’s hope all of us can turn things around when Winnipeg hosts the New Jersey Devils at Canada Life Centre on Friday.

Since last game, the Jets have fallen all the way down to sixth in the Central Division with a 10-8-4 record. The upside is if the Jets pull off a win Friday, they’ll be tied for third place in the division. If not, well, they’ll just be stuck where they are for at least another couple of days.

Goaltender @Connor Hellebuyck will be back in goal for the boys in blue. On the season, Hellebuyck owns a 7-6-4 record, 2.60 goals-against average and a .918 save percentage.

@Kyle Connor remains the team leader in scoring, with 14 goals and 24 points. On the other hand, @Andrew Copp and @Nate Schmidt are still tied for the lead share in assists, with 11.

In November, the Jets were outscored 35-32 and only registered 14 of those markers from Nov. 14 onwards. On the other side of things, this team has only allowed 59 goals against this season, which is the eighth-fewest in the league, just ahead of the Tampa Bay Lightning, who have allowed 60 goals against.

The New Jersey Devils currently own a 9-8-4 record through 21 games in 2021-22, placing them sixth in the Metropolitan Division. Over their last 10 games, they possess a mediocre 3-5-2 record.

The Devils are starting @Jonathan Bernier during this Friday matchup. Thus far. Bernier features a 4-3-1 record, 2.55 goals-against average and a .914 save percentage. New Jersey will be without @Miles Wood in this content.

@Andreas Johnsson leads the Devils in goals (nine) and points (18) this season. @Jesper Bratt currently leads them with 12 assists.

I’m betting with PointsBet.com and so should you!

Risky Business: @Pavel Zacha to score the first goal at +1300.