What to do with Big Bad Brad Lambert, Mäenalanen and Perfetti 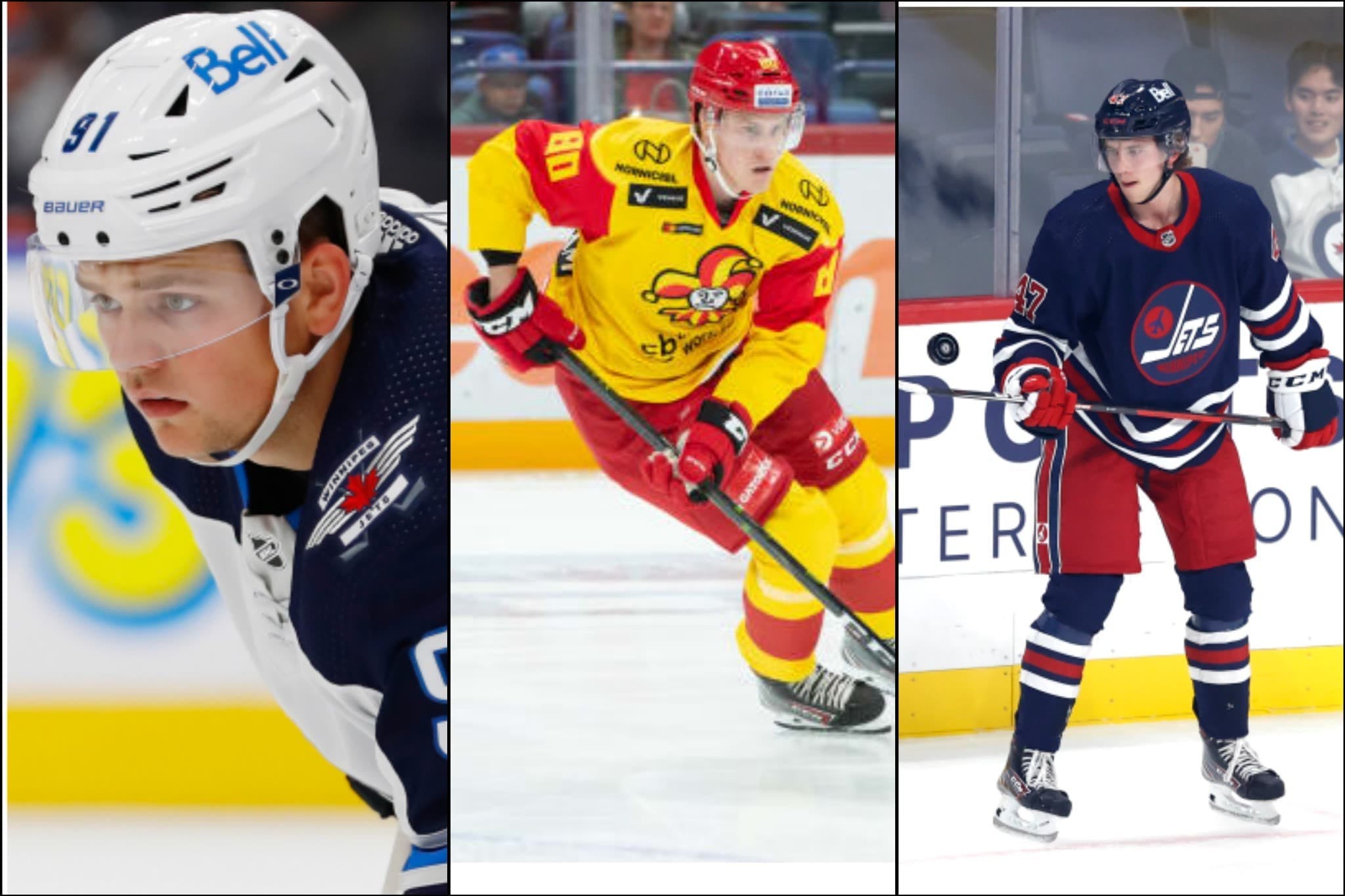 By Angus Hout
2 months ago
As the preseason starts to come to a close we have seen some pretty good hockey and unfortunately some names were cut from the Winnipeg Jets including @Kristian Reichel and @kevin Stenlund who were cut on the afternoon of October third. There are a couple of guys who haven’t played 35 games of NHL hockey yet in their careers but have caught the attention of many Jets fans.
Let’s talk about @Brad Lambert,@Saku Mäenalanen, and Cole Perfetti and where they should end up with the Jets this season.

I have Perfetti locked into a Calder finalist (Rookie of the year). Perfetti said something incredibly humbling on Sunday, October second “I still need to make the team, I’m not on the team yet I gotta make the team in the last two preseason games. In my mind, I’m doing whatever I can to prepare to be on this team. I feel ready to make that jump and to be a part of this. I’m really excited to be a part of this. Hopefully, everything goes to plan. Nothing has been set in stone. I have to continue to work hard and bust my ass and do what I can do to make this team.”  Head coach @Rick Bowness said he was impressed with Perfetti so far in the preseason but no one has a guaranteed spot on this roster. So what should happen with the first-round pick in the 2020 draft?
The rookie should play 82 games with the Jets playing alongside @Pierre-Luc Dubois and @Blake Wheeler on the second line. Why there? The guy has proved he has the skill, and the speed to play in the NHL. Although it would take Perfetti five games before he would score his first NHL goal and another four before he would pick up any assists. The young at the time 19-year-old would start to look more and more confident during his short time with the Jets before his untimely injury in mid-February. In his three preseason games with the Jets Perfetti has looked great scoring two goals and an assist while playing with @Blake Wheeler and @Kyle Connor for two of those games. Perfetti is the only Jet to get a goal passed Oilers goaltender @Stuart Skinner in the preseason.

Lambert has been a fan favourite throughout his first two preseason games. The kid is crazy fast on the ice I want to see a three-way race between Lambert, @Dylan Larkin, @Connor McDavid and Lambert. Lambert’s hands look pretty good too and his hockey IQ is decent as well. In the first couple of games, Lambert has scored a goal and an assist and has given himself chances to score. If you watched the overtime between the Oilers and Jets you know exactly what I am talking about. I can’t find that clip but how about his first preseason goal?
If I am making the choice for Lambert I want him to start in the AHL with the Manitoba Moose. The rights of Lambert may belong to the Seattle Thunderbirds in the WHL but I think he will far too dominant in the WHL. He may not have had much luck in Liiga but already in two NHL preseason games, you can already see how good Lambert is on North American ice. So he’s already used to playing against men and if he can play on North American ice why not bypass him to the pros with the Moose? “But Angus, Lambert should be in NHL playing with the Jets to start the season.” I’ll ask you two questions here. Firstly, do you want to burn a year of Lambert’s NHL entry-level contract just so he can learn to play pro-North American hockey? I doubt you would want to do that even with the NHL salary cap going up. Secondly, do you want to risk Lambert’s confidence this early on? I would have him play in the AHL where he can play with some talented players and players who are older and stronger. There he can learn the North American ice he can be slowed down but not totally shut down. You don’t want to wreck a young man’s confidence. Don’t throw the kid into the deep end but don’t leave him in shallow waters either, just ease him in with AHL hockey. If the Jets need someone to come up if injuries happen Big Bad Brad should come up and see a few NHL games keep it below nines and save a year on his entry-level contract.

Mäenalanen is not a name I knew before September 25th but he is a big boy who is hard to miss. The Finnish-born player stands at 6’4″ and weighs 207 pounds and is everywhere on the ice. The 28-year-old has only played 34 games in the NHL with the Carolina Hurricanes in 2018-19 he would score a grand total of four goals and four assists. In the AHL with the Charlotte Checkers, he would almost double his numbers in 31 games where he would score seven goals and seven assists. In international competition, Mäenalanen is the 2013-14 World Juniors Gold medal winner. Olympic Gold medal winner at the 2022 Winter Olympics and has won three Liiga championships. The man is a proven winner.
Although Mäenalanen hasn’t scored in his three preseason games he is a force on the ice. He’s someone that the Jets could use in their bottom six.  If you want a big mean third line that can beat up another team you throw out Mäenalanen, @Adam Lowry and @Blake Wheeler. It would cause chaos on the ice. Mäenalanen will take some shots he’s averaged two shots a game in his first three preseason games. The guy doesn’t need to be on the ice a ton but if the fourth line is playing between 12-14 minutes he would be fine and with @David Gustafsson and @Sam Gagner on the fourth line would be a solid line. Gagner’s hockey IQ and ability to pass will be good to get Mäenalanen to move up the ice and Gustafsson is another big man they’re going to be a good grinding line. He hasn’t played more than 59 so maybe no more than 60 games for Mäenalanen but he will be incredibly useful if the Jets make the playoffs.
What would you do with these three men?
Uncategorized
Recent articles from Angus Hout