There’s hope for a brighter future in Winnipeg 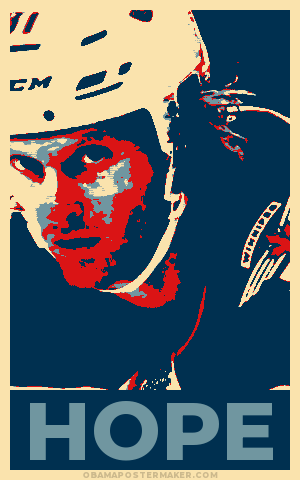 By Angus Hout
7 months ago
This season has been a major letdown for Winnipeg Jets fans. Between a lack of depth scoring, poor defending and a lack of camaraderie in the locker room, the 2021-22 campaign has been extremely disappointing.
Heading into this season, there was plenty of hope for this franchise, whose main goal was to return to the playoffs. Now, with only six games remaining, making good on those aspirations seems all but impossible.
There’s plenty of blame to go around for this disappointing outcome. That’s to be expected. But it might not be all doom and gloom regarding the future of this organization, as there are plenty of reasons for optimism as we head towards the off-season.

Things Went South Early This Season, How Did This Happen?

On Apr. 14, forward @Kyle Connor said two things that caught my attention during his post-game press conference.
First, it was his comment about the Tampa Bay Lightning’s system, “I think they’re quick, and make first plays and spend little time in their D-zone. They know where the puck is going, [receive] quick support, too.”
Second, it was also noteworthy when Connor spoke about his opposition’s culture, where he explained, “Everyone is skating, everyone is on the same page. As a group, they’re out there playing together, playing for each other. I think that’s something we can learn.”
This speaks volumes about the current state of the Jets’ locker room. It seems some players are playing solely for themselves so they can talk about how great they are. If these skaters could be more disciplined, they could have more points and fewer goals against. How many goals could have been prevented if @Mark Scheifele back-checked more consistently? What about the goals against with @Pierre-Luc Dubois in the penalty box?
Hockey is a team sport, not an individual one. The more everyone buys into that, the more successful the team will be.
Hockey Hall of Famer Chris Pronger appeared on the Dropping The Gloves podcast with John Scott on Apr. 15, where he discussed winning the Stanley Cup with the Anaheim Ducks in 2007. There, he spoke about how everyone in the organization from top to bottom knew it was either championship or bust.
If I could play armchair GM, I’d sit down with everyone in the Jets organization and ask them what their primary goals are. There’s nothing wrong with personal glory, that’s how some people push themselves to be where they are now, but it’s time to play for the team and more importantly, the city and its fans.
Anyone who won’t buy into this goal needs to be shipped out – whatever the cost. It’s that simple.

During that same presser, Connor also said, “Whether it’s in or out of the playoffs, whatever it is we have left, I don’t think it’s too soon to start building culture and building that right attitude in the group. We’re looking to build on that in the next couple of games.”
That’s the voice of a leader.
Not only is Connor talking the talk, but he’s walking the walk, too. Last time out against the Florida Panthers, he went after defenceman @Ben Chiarot, who’s listed at 6-foot-4 and 234 pounds. When the Panthers defender was giving @Pierre-Luc Dubios a hard time, Connor jumped in and helped out his teammate. There’s a 52-pound difference between Connor and Chiarot. He deserves plenty of credit for jumping in.
Connor believes in this team and if everyone else can get into that same mindset, the fan base shouldn’t lose hope over the future of this franchise.

What Changes Must Be Made?

This will surely cause some ripples amongst the fan base, however, it seems the Jets require a change in leadership. Captain @Blake Wheeler and Scheifele should both lose the letters on their chest. As rapper Kanye West said it best in ‘Can’t Tell Me Nothing,’ “Old folks talking ’bout back in my day. But homey, this is my day.”
The Jets need new voices to lead them. With that in mind, Connor and Dubois should be ideal candidates to emerge into prominent leadership roles next season. They both show up pretty much every game, believe in themselves and their teammates. If we’re going into battle, I’d much rather follow that duo – paired with assistant captain @Josh Morrissey –  because I know their hearts are in it.
This would be similar to when the Los Angeles Kings removed the “C” from @Dustin Brown’s sweater and placed it on @Anze Kopitar’s in 2016. It was a new era for their franchise back then and now, the same needs to transpire in Winnipeg.