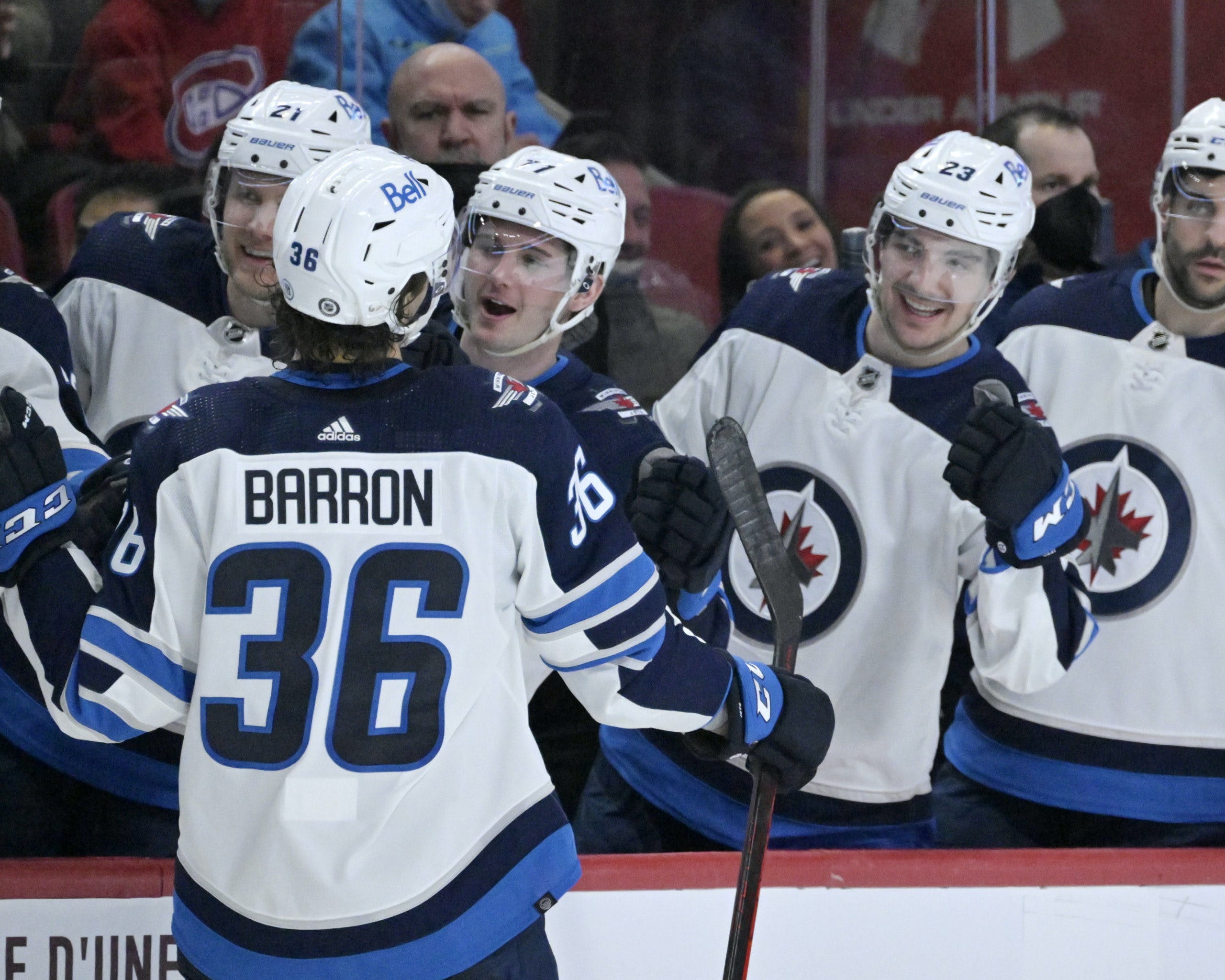 By Mike Gould
7 months ago
Winnipeg Jets forward @Morgan Barron had a period to remember in Monday’s game against the Montreal Canadiens.
Barron, 23, was acquired by the Jets prior to last month’s trade deadline as part of the deal that sent @Andrew Copp to the New York Rangers. The 2017 sixth-round selection picked up his first two points with the Jets in the second period of Monday’s game in Montreal.
With the Jets trailing 1–0 off a goal by former Jet @Joel Armia early in the second period, Barron struck back to tie the game at one just over a minute later. The Halifax, NS product received a @Nikolaj Ehlers drop pass in the slot before firing a wrister that beat Canadiens goaltender Sam Montembeault high over his glove.
Ehlers and @Dylan Samberg picked up the helpers on Barron’s first goal as a Jet (and the second of his career).
Barron helped give the Jets their first lead of the game at the 4:00 mark of the middle frame, making a nifty move to get past @Rem Pitlick in the offensive zone before sending a quick pass to @Paul Stastny in the slot.
Stastny quickly one-timed the puck past Montembeault for his 20th goal of the season (and the Jets’ second goal in just over two minutes). Once again, Samberg picked up the secondary assist on the marker.
Barron now has two points in his first six games with the Jets since the trade. He previously suited up for 13 NHL games with the New York Rangers this season, picking up a single assist; in 30 American Hockey League contests with the Hartford Wolf Pack and Manitoba Moose this season, the 6’4″ forward has 10 goals and 17 points.
The Jets currently lead the Canadiens by a 2–1 score after 40 minutes of play at Bell Centre.