Should Dylan Samberg stay in the NHL? 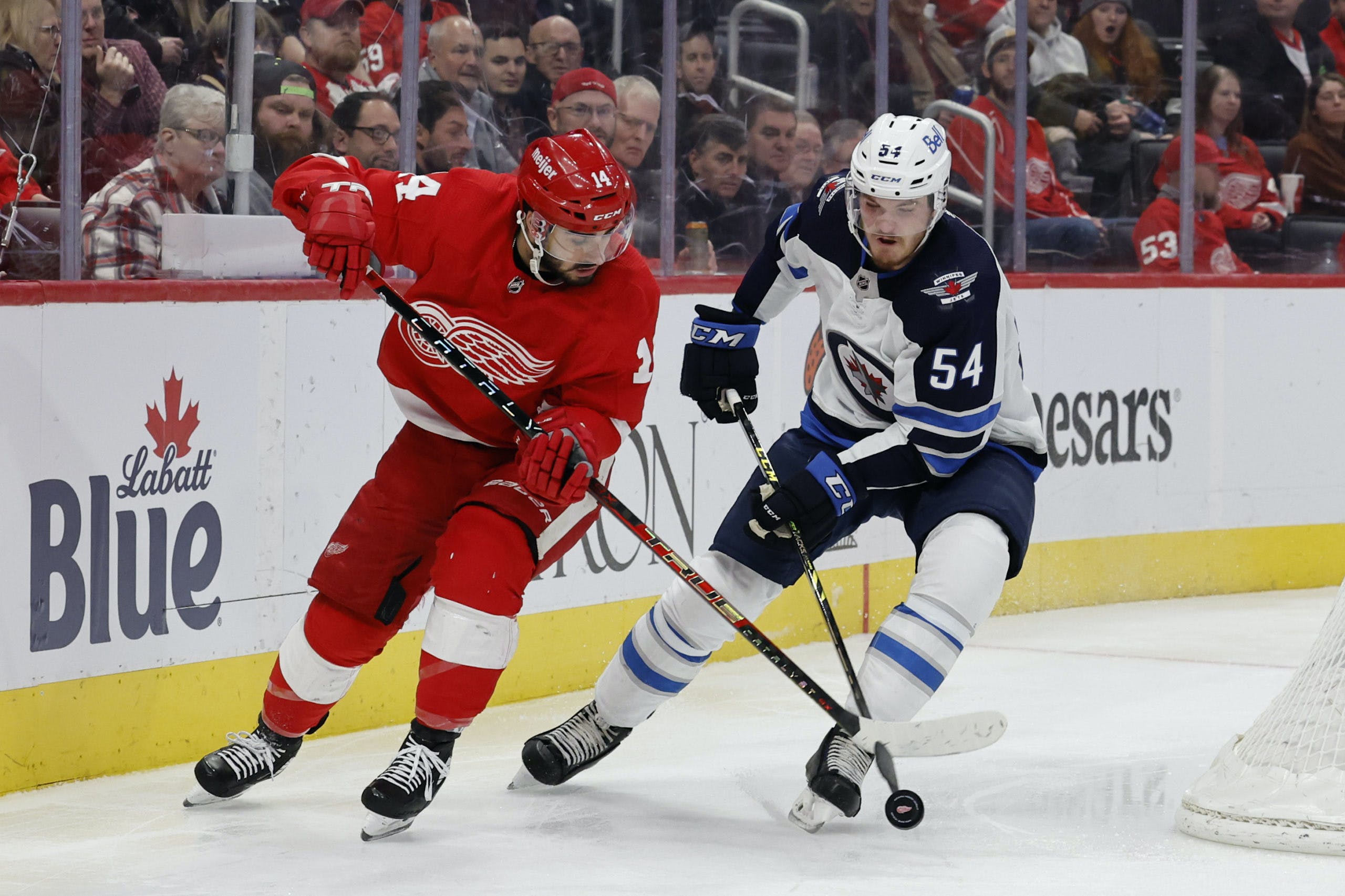 By Angus Hout
10 months ago
On Dec. 13, both @Dylan Samberg and @Declan Chisholm played their first game in the National Hockey League. Twitter instantly fell in love with Samberg, honestly, I can’t blame the folks for giving him so much love.
With that said, does Samberg deserve to continue playing games with the Winnipeg Jets when @Brenden Dillon, @Ville Heinola, @Logan Stanley and @Nathan Beaulieu are all healthy?
In that matchup against the Detroit Red Wings, the rookie blueliner logged 17:52 minutes of ice-time while making his NHL debut. It was a perfect game for him to get his feet wet at the highest level of competition. Even better, he also secured his first career NHL point during the first period when @Andrew Copp scored an absolute beauty from below the goal line.
Among the many notable aspects of Samberg’s performance, in particular, he was phenomenal at moving the puck in his own zone. Interim coach Dave Lowry must have liked what he was seeing from the rookie, as 88.9 per cent of his zone starts came inside the defensive zone, according to HockeyReference.com.
I’m no NHL coach, but to trust a rookie with that many defensive zone starts is pretty mind-blowing. I know one-third of Winnipeg’s defence were playing their first NHL game, but to give that much trust to a young skater – I’m sure Lowry must have been stressed out when game planning for that contest.
Additionally, the 43rd overall pick from the 2017 NHL Draft blocked three shots and delivered five hits in a winning effort against Detroit. What was most amazing is that the majority of this production came on the penalty kill, where Samberg didn’t look out of place and made a fairly solid impact.
Obviously, once the Jets are back to full strength, they’d need to create an open spot for Samberg to receive regular playing time moving forward. In order to accomplish that feat, it seems like Stanley could potentially end up being the odd skater out in this situation.
I don’t think he has played well enough this season to continue playing regularly with the Jets. Time and time again, we’ve watched the big man make long stretch passes up the ice, with almost all of them getting picked off.
I like Stanley and thought if he could generate more shots on goal, connected passes and a gritty style of play, I thought that’s where the towering blueline could improve. But we haven’t seen that progress from him thus far. I understand it’s still pretty early in his NHL career, as he’s only compiled 70 games at this level, however, I think he needs a reminder that he’s not an NHL regular just yet.
I believe Stanley has the potential to become a solid second-pairing defenceman at some point, but as of right now, he needs to sit out a few games to get some perspective on how to elevate his game. Looking at the 23-year-old’s results from this season, he’s posted just eight assists, 79 hits, 44 blocks, 30 giveaways and five takeaways over 33 games.
That’s not enough production for a defender that’s currently averaging 15:18 minutes of ice-time per game.
If you were in Lowry’s position, what would you do in this situation? Would you play Samberg over Stanley? Or role with the walking giant on skates?
Uncategorized
Recent articles from Angus Hout