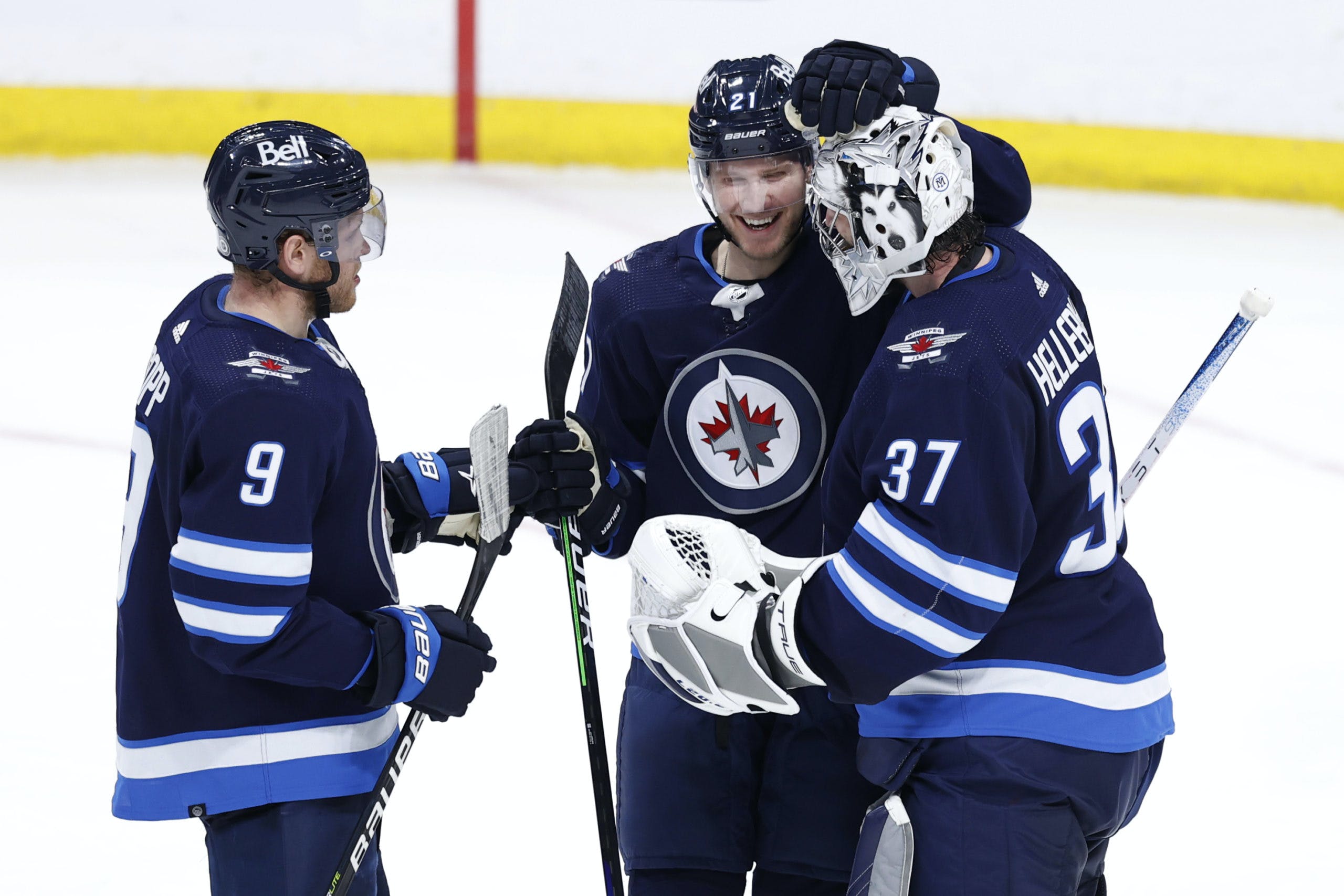 By Thomas Hall
9 months ago
Fresh off the All-Star break, the Winnipeg Jets desperately needed to come out ready to compete against the Minnesota Wild and thankfully, that’s just what happened Tuesday night.
Taking advantage of one of their four power-play opportunities on the night, forward @Mark Scheifele found the back of the net just seconds before Minnesota returned to even strength, providing his team with a 1-0 lead at the 8:57 mark of the first period.
While no other goals were scored in the opening frame, the rest of the period certainly wasn’t short on excitement as the physicality on both sides increased dramatically. Boiling over at the 12:43 mark, a solid check from @Brenden Dillon on @Marcus Foligno caused tensions to flare, which saw a pair of fights taking place – at the same time, mind you – at centre ice.
It looked like a page straight out of some vintage hockey from the 80s or 90s as @Adam Lowry, @Jordan Greenway, Dillon and Foligno all dropped the gloves together. (Video courtesy of Carter Brooks)
With Winnipeg leading 1-0 after 20 minutes, there was hope this club would be able to build off its success in the second period. Though they didn’t extend their advantage on the scoreboard, however, Minnesota’s skaters were also held in check and couldn’t eliminate their one-goal deficit before the second intermission.
Then, in the third period, the Wild were seemingly determined to crack the score sheet before time ran out. But thanks to the Jets’ skaters, they held their opponent scoreless through the remainder of regulation, holding them to 10 shots on goal and just two high-danger chances, according to NaturalStatTrick.com.
As a result, this team came away with a much-needed 2-0 victory, earning goaltender @Connor Hellebuyck his 15th victory and third shutout of the season.
For an extended recap, here are three takeaways from Winnipeg’s 19th win of 2021-22:

In what was a very disappointing first half, the Jets are counting on Scheifele to rebound and return to his usual form through the rest of the way, and so far, No. 55 is off to a solid start.
Coming into Tuesday’s contest, the 28-year-old had been held goalless in six straight games, albeit, still posting three assists during that span. Snaping that streak, @Kyle Connor recovered a loose puck in the offensive zone and quickly sent it cross-ice to his teammate, where the 6’3″ centre just made enough contact to knuckle his shot past goaltender @Kaapo Kahkonen.
Overall, Scheifele led all forwards in ice-time (24:46) and produced the highest individual expected goals rate (1.02) on the team. Additionally, the right-hander also finished with three shots on goal, three blocks, one high-danger chance and won seven of his 10 face-off opportunities.
As strong as his performance was, it could’ve been even greater if not for a missed opportunity on a breakaway attempt.
Shortly after veteran @Paul Stastny created a turnover in the neutral zone, he sprung Scheifele with a golden scoring opportunity as the Kitchener, Ontario native skated in all alone on Kahkonen. Unfortunately, the former first-round selection was denied on his backhand attempt, keeping his goal total at just one.
All in all, this was a very encouraging sign from Scheifele, however, putting these types of performances together consistently will be a much greater challenge moving forward.

For years, Winnipeg and Minnesota have shared a heated rivalry, which has seen its fair share of intense battles. But on Tuesday, the clash between these two franchises reached a level that’s rarely been shown before, and there’s a strong chance it carries over into the next meeting.
Granted, neither team has been afraid to dish out hits this season, but when it comes to fighting, that’s where this most recent showdown reached the point of no return. Upon further review, one day later, it still seems like Dillon’s original hit on Foligno was in fact clean, although that’s certainly not how the Wild viewed it.
Here are coach Dean Evason’s thoughts on the play post-game:
Regardless of whether the hit on Foligno was legal, there’s still no excuse for the way he reacted later in the game, where near the end of his fight with Lowry, he kneed him in the head. What’s even worse is how the officials handled the situation.
Instead of kicking Foligno out of the game, which is what should’ve happened, Minnesota’s assistant captain only received an extra two-minute penalty for unsportsmanlike conduct. Suffice to say, Winnipeg’s bench – including interim coach Dave Lowry, Adam’s father – was none too pleased with the call.
In the end, some form of justice may prevail as Foligno is scheduled to have a phone interview with the NHL’s Player Safety Department sometime this week. There, the league will have an opportunity to handle this matter better than the referees did a night ago, which will hopefully result in at least a two-game suspension.
But with the Jets and Wild slated to conclude their season series next week, perhaps the intensity between these two clubs isn’t finished brewing just yet.

Making just his second start of February, Hellebuyck would’ve possessed an easy excuse if he had looked rusty during his first game back from the All-Star break. Doing the opposite of that, the 28-year-old added another strong performance to his resume Tuesday.
Facing fewer than 30 shots against for the first time since Jan. 20 – six starts ago – the 6’4″ netminder wasn’t relied upon as often as he usually is, although he still stood tall when needed the most. In total, the Michigan native stopped all 27 shots he faced, with six of them coming from high-danger areas.
Without question, the Jets did a much better job of keeping their opponent to the perimeter this time around, allowing Hellebuyck to make 12 of his 27 saves from low-danger locations. Having said that, the former Vezina Trophy winner was still tested in the first period, where he was forced to defend a 2-on-1 rush against Wild captain @Jared Spurgeon.
As he usually does, the two-time All-Star came through with a massive save, as he was perfectly positioned on a passing attempt to deny Spurgeon of a game-tying goal. While this was one of his only high-pressured moments on the night, it was definitely his finest one.
Up next, Hellebuyck is expected to be tasked with shutting down the Dallas Stars – and potentially the Nashville Predators, too – as the Jets prepare for a back-to-back series this weekend.
More from Jets Nation:
Uncategorized
Recent articles from Thomas Hall