Maybe it’s time for the Jets to retool this summer 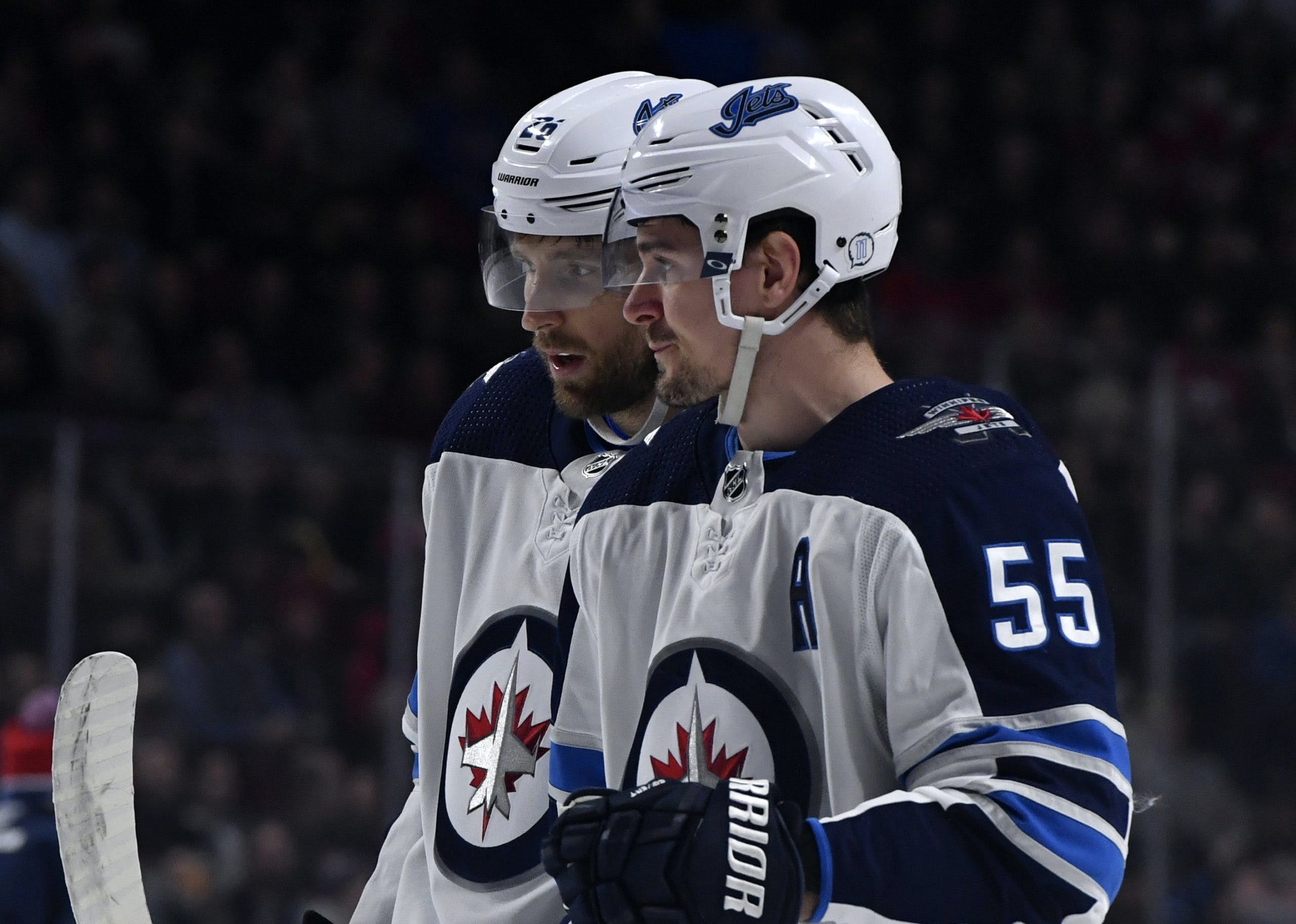 By Angus Hout
9 months ago
Last week on Jets Nation Radio, Darnell Duff talked about a partial rebuild for the Winnipeg Jets for them to succeed in a meaningful long-term way. You can listen to that here.
Then on Jan. 28, forward @Mark Scheifele’s comments to Scott Billeck screamed that this team needs to move some top-end players who are “leaders,” allowing some other voices to lead this franchise back to a winning culture.

When the Winning Culture Left

This is going to be such a cop-out statement, but the Jets haven’t been the same since defenceman @Dustin Byfuglien abruptly left the team prior to the 2019-20 season. During the towering blueliner’s time with this organization, they performed to a 292-245-72 record.
Since the blueliner left, they’ve posted just an 84-67-16 record. Having Byfuglien’s ability to act as a top-end defenceman, getting into scrums to defend his teammates and being a strong leader on a young team that had large aspirations – all of these aspects were crucial back then. Finally, you look at what Big Buff did for his teammates off the ice, taking them fishing and serving as a mentor for anyone that needed one.
Things like that were crucial to this team’s health. You can’t replace a good guy like that and the Jets have clearly suffered for it. Without a friendly outgoing person on the roster, it hurts the culture of the locker room, and last week confirmed exactly that.

Which Players Need to Go?

If you have a negative manager or a leader who doesn’t have proper communication skills, especially when there are lots of moving parts at your workplace, you know they can prevent a lot of good things from happening. As a result, they can cause the company or team of people to become disgruntled and provoke them to move on as soon as possible. I’m seeing poor leadership with the Jets this season and as of right now, I can blame two skaters.
I think one of the first players that needs to go is one of the biggest leaders in the locker room, Scheifele. If you have a letter on the front of your jersey and you’re throwing a pity party for yourself when the team is on a losing streak, you should probably be shipped out of Winnipeg on the first bus. Since Scheifele has a modified no-trade clause in his deal, the front office can’t trade him without receiving his approval first.
That being said, I’m sure there are a handful of playoff contenders that’d want a great playmaker like Scheifele. Sometimes a change of scenery can change a player for the better and can allow a breath of fresh air in the room. The Jets could trade for a top-pairing defenceman or perhaps for a couple of high-end draft picks, instead.
My next pick would be captain @Blake Wheeler. Unfortunately, Wheeler has full a NMC (no-move clause) in his deal until after this season. After that, he can submit a five-team list of where he would like to be traded. With two years remaining at an $8.25 million cap hit per season, there’s likely very little that can be done with Wheeler in the short term.
Personally, I believe there’s only one thing that can be done and I know it won’t be a popular decision, but maybe it’s time to remove the “C” from Wheeler’s chest. If he isn’t leading his team on the ice and isn’t helping them build a positive culture in the locker room, then he shouldn’t have the privilege of being called captain. If you can’t inspire a team when you’re losing, then you aren’t that great of a leader, right?

Who Would Lead the Jets?

Personally, I think the Jets should remain captainless until we see someone emerge as that next leader. This season, this club doesn’t seem to be a Stanley Cup contender, while yet, much of the Canadian media thought they could be.
At season’s end, Winnipeg could sit down and discuss what they are and how to move forward into the off-season. At which point, perhaps they can locate a new voice and a new head coach to lead them in 2022-23, perhaps someone like @Jay Woodcroft.
In 2023-2024, with both Scheifele and Wheeler gone, the Jets could re-emerge as a new team that’s acquired higher draft picks and is led by @Pierre-Luc Dubois, @Kyle Connor, @Nikolaj Ehlers and @Cole Perfetti.
Is leadership the problem for the Jets? Or is it something else that I’m missing? Let me know in the comments below.
More from Jets Nation:
Uncategorized
Recent articles from Angus Hout