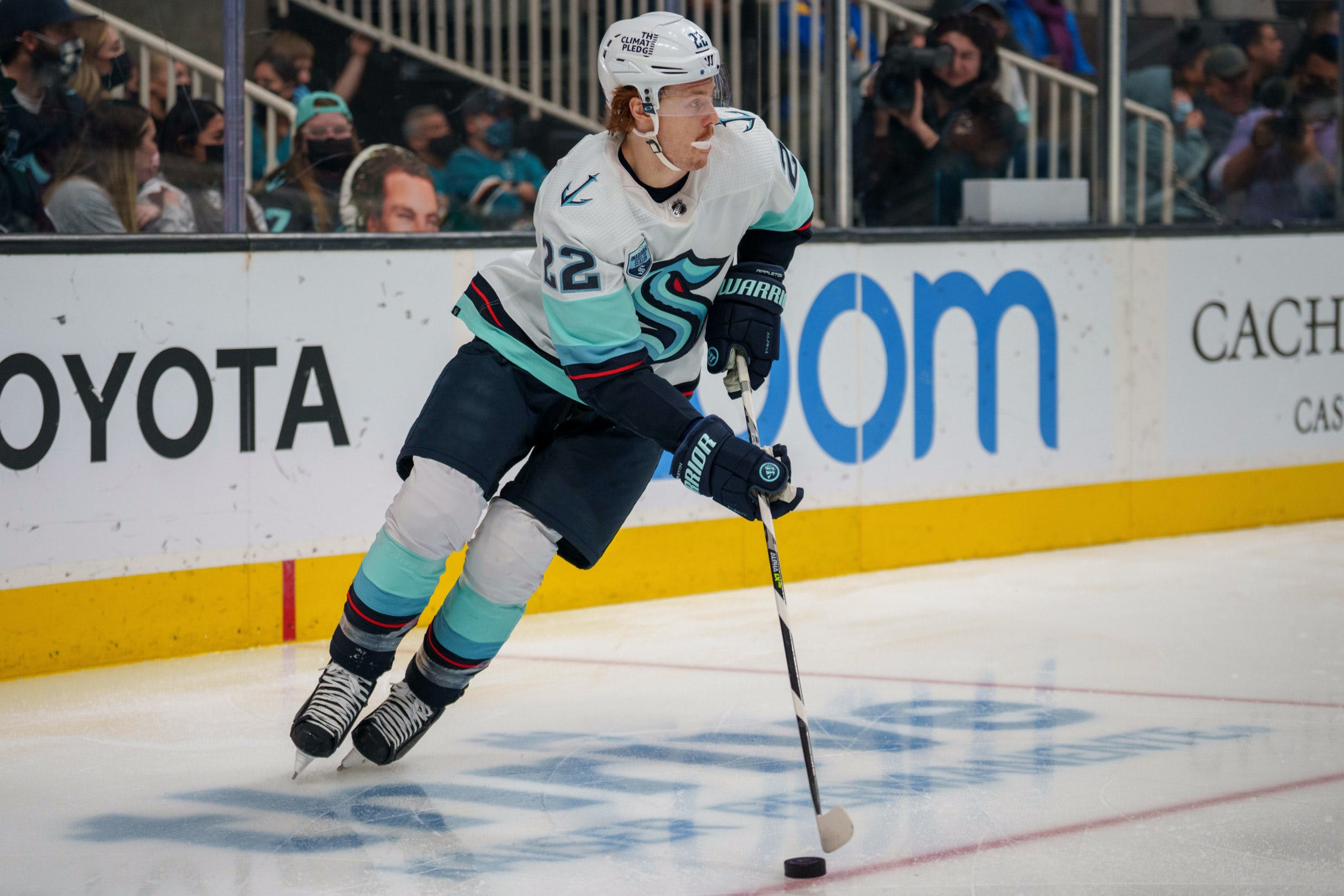 By Thomas Hall
8 months ago
The hot stove never sleeps in the National Hockey League.
Fresh off a 6-4 victory over the Chicago Blackhawks, the Winnipeg Jets have reportedly made their first move leading up to Monday’s trade deadline, re-acquiring forward @Mason Appleton from the Seattle Kraken.
According to Darren Dreger of TSN, the Jets are sending a 2023 fourth-round pick to the Kraken in return for Appleton.
Appleton, 26, spent three seasons in Winnipeg before being selected by Seattle in last summer’s expansion draft. Now, the 6’2″ winger will return to the same place where he enjoyed his breakout 2020-21 campaign, which saw him register career-highs in goals (12) and points (17).
Unfortunately, the former sixth-round hasn’t been able to replicate that strong performance thus far, as he’s scored just six goals and 17 points across 49 games. Additionally, he’s also produced 68 shots on goal, 39 hits, 12 blocks and eight takeaways.
In the final season of his two-year, $1.8-million contract, Appleton is slated to become a restricted free agent this off-season, and he’ll be arbitration-eligible as well.
By making this move, the Jets have exceeded their long-term injured reserve pool by $117,000, meaning the front office must make an additional move by 5:00 pm Monday to become cap compliant. With that in mind, it doesn’t seem this franchise is finished making trades just yet.
The 2022 Trade Deadline passes at 3:00 pm ET.
More from Jets Nation:
Jets News
Recent articles from Thomas Hall