Potential Round One Matchup: Winnipeg Jets vs. Edmonton Oilers 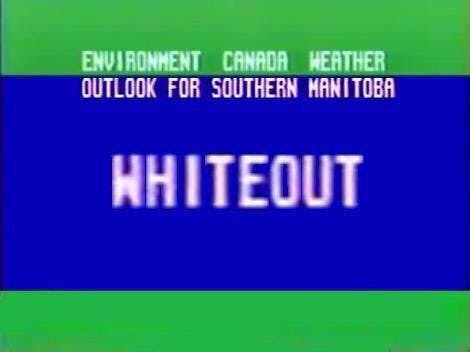 By Angus Hout
1 year ago
The second-place Edmonton Oilers could be taking on the Winnipeg Jets in the opening round of the playoffs. It’s a then less ideal matchup for the Jets, but let’s talk about this more than a likely scenario in the playoffs. Right before this team fell off the cliff, I was talking to the guys at Oilersnation and confidently said the Jets will win a seven-game series against the Oilers. Now, not so much and it sucks to say it. Honestly, I hope the Jets burn the Oilers so the folks of Edmonton can stop saying, “Winnipeg doesn’t have an airport.” Hey Edmonton, your airport is 20 minutes from downtown, our’s is much nicer and it’s right in the city. Kidding aside, I want to gloat about the Jets beating the Oilers. So let’s break this playoff matchup down.
The Oilers have had the Jets’ number pretty much all season. Winnipeg is 2-7 against Edmonton this season and they’ve been outscored 34-22. It’s great to watch a generational talent go hard and show off, unfortunately, @Connor McDavid has been doing it to the Jets and forcing them to focus on him, which leads to the Oilers’ third line scoring multiple times. It feels like the Jets forget to show up when the Oilers roll into town.
The Jets are lacking scoring from their defensemen, which is one of the largest problems with them this season. The Jets have a total of 10 goals from the backend. The Oilers have 32 goals from their backend. The lack of scoring from the backend isn’t ideal, and the Jets D-core has been letting players sneak past and that leaves the goaltenders high and dry. Thankfully, @Connor Hellebuyck has looked good for most of the season, or at least, up until the collapse of the Jets. Even when you look at shut-down defensemen between the two clubs, the Oilers win that too. @Josh Morrissey isn’t as gritty as @Adam Larsson and doesn’t block as many shots as him. Morrissey, who has 85 blocks this season, can’t compare to Larsson’s 125 blocks. Yes, Morrissey can shut guys down at the blue line, but once someone gets past him he’s taking the body of the puck carrier rather than taking away the shooting lane. The fact the Jets have a rookie like @Logan Stanley playing a predominant role with the defense is such a red flag for me.

Credit: Jerome Miron-USA TODAY Sports
Jets goaltender Hellebuyck has sucked against the Oilers, he has a .878 save percentage and has also allowed 4.6 goals per game. Is there a reason for this? None that I can find, although three of those losses have been within one goal (not counting empty-net goals). It’s rough when you know your goalie doesn’t have much of a chance against some of the best scorers in the league and the defense can’t defend against them, which leads to these lopsided games.

The offense is actually pretty comparable. The high-end talent of the Oilers obviously beats the Jets’ high-end skill. If anyone says @Mark Scheifele and @Kyle Connor are better than McDavid and @Leon Draisaitl, they’re delusional. That being said, the Jets’ bottom six are much better and more consistent than the Oilers. Edmonton has this carousel of bottom-six players, where Winnipeg has been more consistent in the bottom six. So there’s better chemistry for the Jets in that area, which I think gives them an upper hand if their bottom six can start clicking when everyone has returned. Essentially, when everyone is healthy the Jets have two first lines and two third lines, where the Oilers run with two first lines and two fourth lines. I see that as an advantage but it’s the only one I can see right now.
I know this didn’t show the Jets in the best light, but I have to be realistic about them. Let me know if agree with my thoughts about going into the playoffs against the Oilers. Do you think I’m too harsh on the Jets? You can comment below or hit me up on Instagram and Twitter – my handle is @angushout.
Rolling into the playoffs let’s hope the Jets #GiveThemHell.