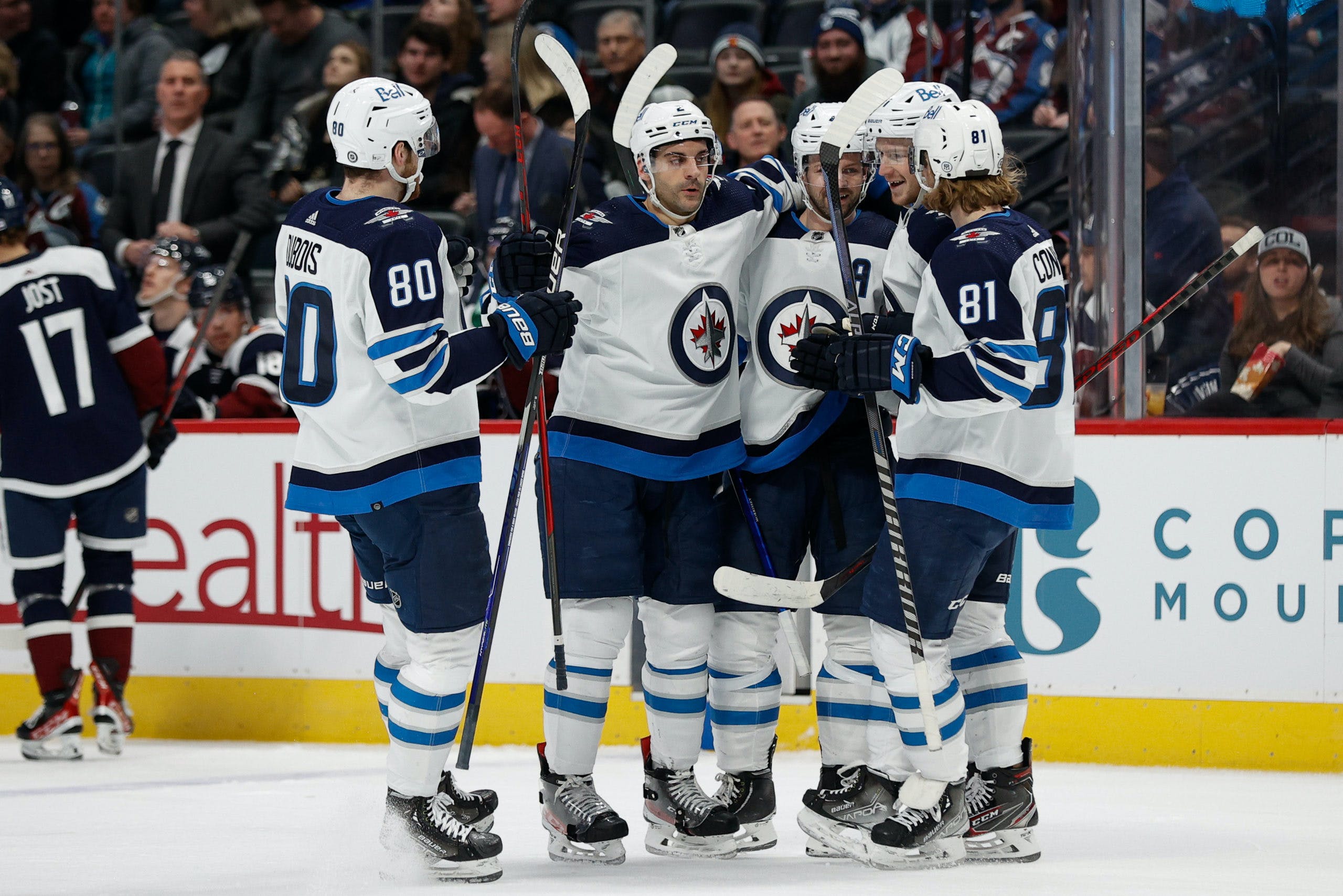 By Angus Hout
7 months ago
As the sun comes to set on the 2021-22 season, there’s been plenty of highs and lows for the Winnipeg Jets, of course, more negatives than most could’ve predicted. Still, it’s worth revisiting some of the positives during what’s been an extremely disappointing outcome.
Goaltender @Eric Comrie has been a welcome surprise to watch this season. He plays a wild game, but it’s a controlled one. He’s been very entertaining all year and has provided his club with a fighting chance most nights. As most fans remember, there was a ton of skepticism around Winnipeg’s back-up goalie before the season.
Heading into the campaign, my expectations were low, I thought he was going to give up four goals per game and post a .880 save percentage. This season has been a mighty one for the back-up, and advanced metrics back that up, too. According to NaturalStaTtrick.com, 60.5 per cent of Comrie’s starts have been quality ones.
Comrie’s expected goals against currently sits at 32.2 during 5-on-5, in actuality, he’s only allowed 22 goals. This is the type of performance that usually earns you a nice payday after the season, and one should be coming for the 26-year-old, who’ll be a restricted free agent this off-season.
Then there’s @Kyle Connor. What’s not to like about his performance, right? He’s having a career year. In the pre-season, I was expecting him to be among the team leaders in scoring, but I didn’t have him marked down as a 2021-22 All-Star, nor did I think would he tie @Patrik Laine for most goals (44) in a single season, either.
In all likelihood, he’ll surpass Laine’s record before the season ends. Also, Connor is arguably the favourite to win this season’s Lady Byng Memorial Trophy. He’s only registered four penalty minutes thus far, that’s best in the league. The next lowest on that list is @Alexander Ovechkin, with 18 penalty minutes.
Defenceman @Josh Morrissey has really elevated his offensive game this season. I didn’t think that was something we’d see this year. He’s hit career-highs in points (34) and goals (12). This has also been Morrissey’s most aggressive year as he has laid out more hits than ever before, with 149. That’s 10 more than his previous mark.
The 27-year-old has been firing more pucks to the net, too, with 165 total shots on goal. As a result, he’s posted the highest shooting percentage (7.3 per cent) of his career. His Corsi For Percentage has also risen, climbing from 48.8 per cent in 2020-21 to 53.6 per cent this season.
It’s truly remarkable what Morrissey has been able to do as Winnipeg’s most productive defenceman. He deserves a ton of credit for his efforts both on and off the ice.
What are some of the bright spots you’ve seen this year? Leave them below in the comments.