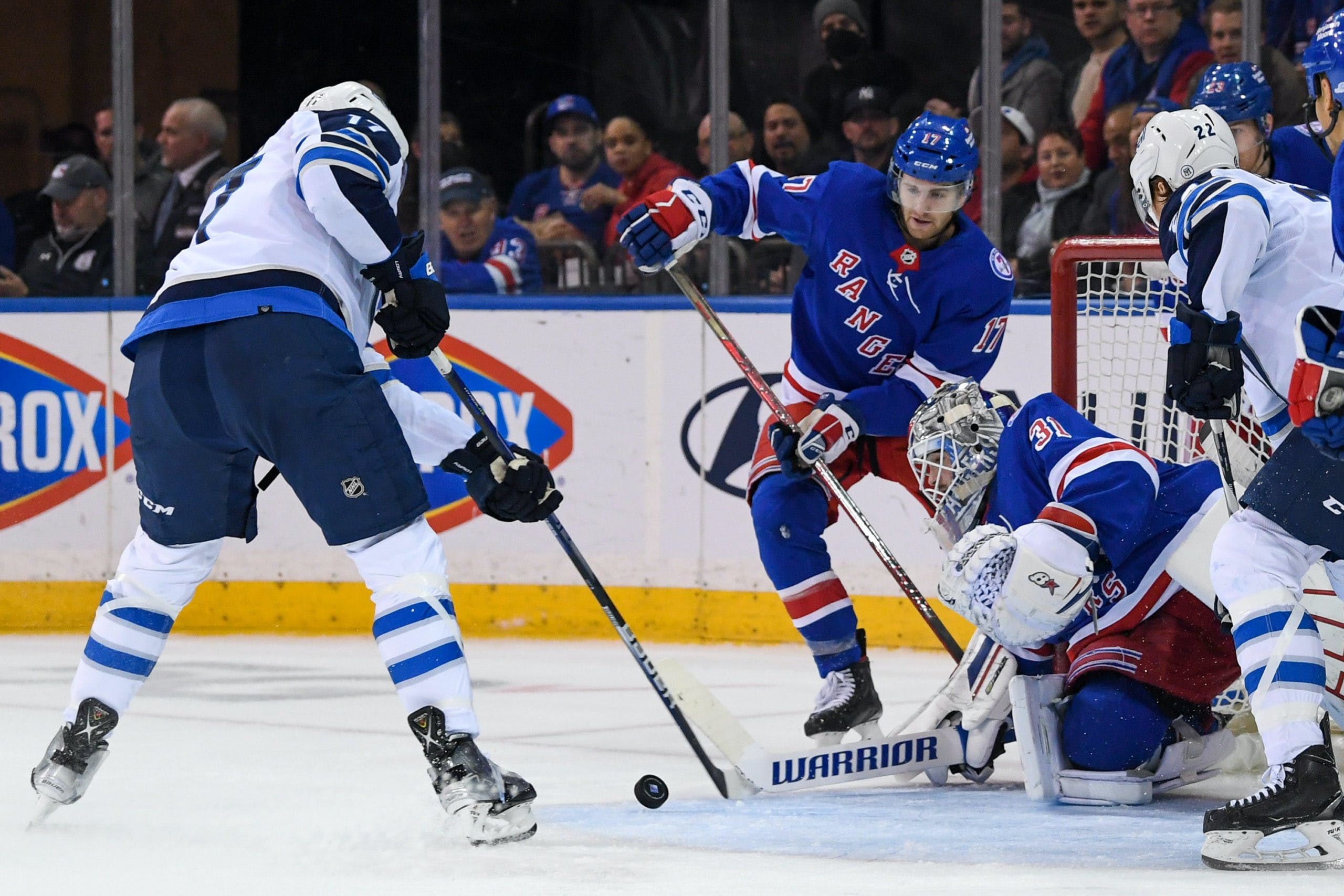 Another day, another loss against a quality opponent for the Winnipeg Jets.

Amid a two-game losing streak, the club headed off to the big city to face the New York Rangers, who were well equipped to handle anything that was thrown in their direction Tuesday night.

Following a low-event first period, the Rangers opened the scoring across the midway point of the middle frame, as forward @Ryan Strome redirected a pass into the net for his first of two goals on the night. As a result, his team entered the final 20 minutes leading 1-0.

Though the Jets had their chances, they couldn’t beat one of this season’s Hart Trophy candidates, goaltender @Igor Shesterkin. In the end, this club allowed two additional markers – another from Strome and one from @Adam Fox – before regulation concluded, ultimately falling 3-0.

It was another disappointing outcome for Winnipeg and its skaters, who’ve now lost three straight contests.

For an extended recap, let’s explore three takeaways from this most recent defeat in the ‘Big Apple.’

Normally, goaltender @Connor Hellebuyck – who missed Tuesday’s game with a non-COVID illness – is someone that acts as the difference-maker on a nightly basis. But whenever his team has faced the Rangers this season, it’s been his counterpart that’s stolen the show.

During the first meeting back on Mar. 6, Shesterkin was kept busy all night long, although he wasn’t phased and made a season-high 45 saves on 46 shots against. That earned him a stellar .978 save percentage.

This time around, the 26-year-old proved to be just as difficult to beat. In total, he stopped all 31 shots against, with just seven of them coming from high-danger areas. Adding to his impressive showing, the 2021-22 Vezina Trophy favourite also saved 2.05 goals above expected, which completely altered the outcome of this game.

Thanks to his efforts, Shesterkin completed his sixth shutout of the season, improving to an NHL-best 2.01 goals-against average and a .936 save percentage.

While fellow netminder @Eric Comrie shined at times, stopping 31 of 33 shots against, he didn’t receive nearly enough support to outduel one of the top goaltenders in the league. Not that he was expected to do so anyway.

This wasn’t the first time Shesterkin frustrated the Jets and it probably won’t be the last, either.

For some reason, interim coach Dave Lowry and his staff opted to play @Logan Stanley over @Dylan Samberg for a second consecutive game Tuesday. As you’d expect, that decision didn’t age very well for the coaching staff.

Overall, Stanley earned just 11:20 minutes of ice-time versus the Rangers – his lowest amount since Oct. 28, 2021 (10:13). Despite receiving very little playing time, the 23-year-old still had an impact in this contest, though, not a positive one.

Along with his even-strength woes, Stanley also struggled on the penalty kill, as well, where he was responsible for allowing the game-winner.

Attempting to defend in transition, the Kitchener, Ontario, native decided to step up towards the puck carrier, @Artemi Panarin. A mistake that proved costly. This left the slot unguarded, allowing Strome to skate in and easily deflect a pass from @Mika Zibanejad for the score.

Winnipeg Forced to Chase Yet Another Game

Playing from behind is never ideal, however, that’s precisely what the Jets have been doing recently.

Since Apr. 1, the team has trailed first in seven of its previous eight games, which is tied for most in the league during this stretch. Interestingly, though, they rallied back to win two of those seven contests. Granted, these victories came against the Ottawa Senators and Montreal Canadiens.

Aside from veteran @Paul Stastny’s marker versus the Tampa Bay Lightning last Friday, Winnipeg has fallen behind early in almost all of its games this month. That’s not a recipe for success.

Due to the incredible efforts of Shesterkin, paired with some defensive mistakes, this club was seen chasing Tuesday’s game once again. For an organization that hopes to re-establish its culture, this dire situation is one of many that needs to change.