Outlining the Jets’ chances of capturing Lord Stanley this season 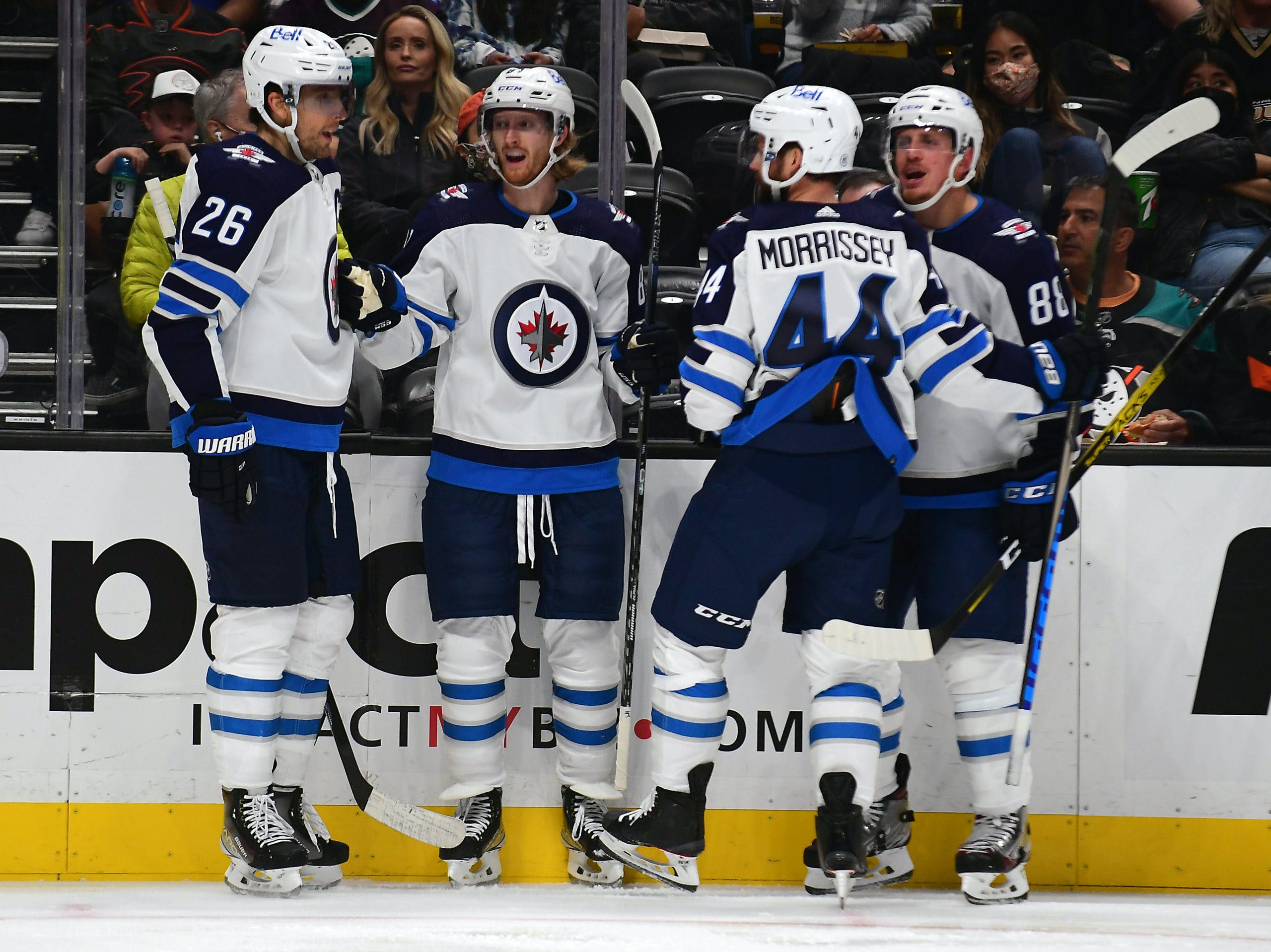 By Angus Hout
1 year ago
TSN and Sportsnet have been hyping up the Winnipeg Jets over the last week or so. I have no complaints about that, in fact, they should cover this team more than in previous seasons.
But on Wednesday, hockey analyst Mike Johnson was asked if he thinks the Jets can win this season’s Stanley Cup, to which Johnson replied, “I think they can win the Stanley Cup… but it doesn’t mean they’re going to. But they should be shooting for home ice this year.”
Do the Jets have enough of the right pieces to win Lord Stanley in 2021-22? Let’s find out.

Winnipeg’s front office has been incredibly patient in their pursuit for Lord Stanley’s cup. They haven’t made many knee-jerk reactions when things have gone south. They lost @Dustin Byfuglien, they didn’t panic. They endured a losing season in 2019-20, they moved on from the right players and didn’t overpay players who were coming off of their first contract, like @Jack Roslovic or @Sami Niku.
The Jets have waited a long time to be great and it seems like they’ve built a team that can make a push for a championship in 2021-22. This roster features top-end skill like @Mark Scheifele, @Nikolaj Ehlers and @Kyle Connor. There’s also young talent chomping at the bit to join this current core like @Cole Perfetti, @Ville Heinola and @Dylan Samberg.
This defence endured a makeover over the summer, the Jets lost @Tucker Poolman and @Nathan Beaulieu has been pushed to the seventh spot on the depth chart. In turn, the Jets have added @Nate Schmidt and @Brenden Dillon to the backend. Plus, who can forget about one of the best goaltenders in the whole league in @Connor Hellebuyck.
The fact this defence has improved significantly and Hellebuyck is still one of the G.O.A.T.s between the pipes are two of the biggest factors leading the charge for the Jets, as they look to embark on a remember campaign.

The Jets are gambling on a couple of players and that spooks me. If you’re placing bets on three players like @Blake Wheeler, @Paul Stastny and @Pierre-Luc Dubois, that’s a very risky plan. If this club wants to win the Stanley Cup, two out of those three skaters need to play next-level hockey during the playoffs, as opposed to their previous standards in prior seasons.
The other thing that stresses me out is the backup situation. The Jets are working on an old-school system of hoping nothing happens to Hellebuyck, relying on @Eric Comrie and potentially @Mikhail Berdin to be the guys in any worst-case scenarios. Well, I don’t want to think about that because that’s my biggest nightmare when it comes to this team.
Another aspect we have to consider outside of the Jets is other teams getting hot near the end of the regular season. It seems like every year one team gets smoking hot around the playoffs, last year it was the Montreal Canadiens, the year before that it was the Dallas Stars, and before that the St. Louis Blues. If Winnipeg runs into another streaky team, it’ll be quality hockey to watch, but probably won’t feature a positive outcome for this fanbase.
Additionally, if the Tampa Bay Lightning reach the Stanley Cup Finals for a third straight season, as they look to complete their three-peat, the Jets could be in some serious trouble if they do indeed reach the final stage in June.

I want the Jets to win the Stanley Cup this season, but I don’t think this is the year they’ll be able to bring it home to Canada. It should be a great season for the Jets to push all the way to the Western Conference Finals, and then ultimately, break our hearts once again.
Do you think this is the Jets’ year to win it all? Or is it another year of heartbreak? Let me know in the comments below.

After signing up for a free account, we’re going to give you a bunch of boxes with player names and you’re going to pick a name from each box until you’ve put together a super crew that you think can contend for a NationDrafts championship. Seems easy, right? It is easy and that’s not just because you’re wicked smart. Sign up for FREE right here.
Uncategorized
Recent articles from Angus Hout