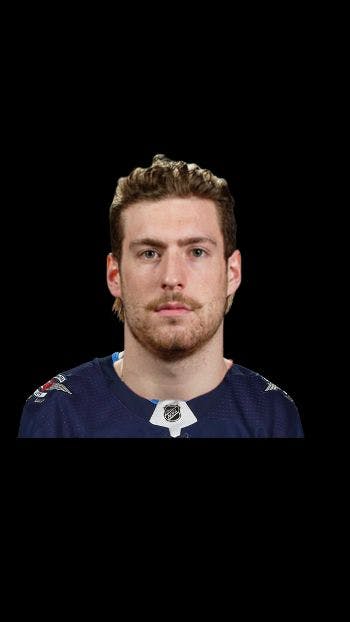 By Angus Hout
1 year ago
I’ve had some time to process the Laine trade. I knew it was coming and I’m still a little upset about it because I still believe that Laine is this generation’s best goal scorer; he won’t be as great as Ovechkin he will be this generation’s best scorer, and you can take that to the bank. Although Laine was a defensive liability and was streaky the Jets should have built around him specifically. But no more living in the past it’s time to hope that Pierre-Luc Dubois ends up being the absolute beauty that he was touted to be.

Let’s look at the positives of Dubois the guy has played every game in the NHL that he has been available for so no more waiting weird injuries to to heal so the young Jet can come back; because the younger Jet should be in the line-up most nights. That’s our first positive about PLD.
Dubois can take faceoffs too which is awesome and truly gives the Jets the best depth in center. I know PLD wants more minutes and a bigger spot light. So he could take Copp’s spot on the second and put Copp on the third. Where Dubois could switch it with Statsny and get really comfortable taking faceoffs.  Last season which was his best on the faceoff dot was 44.6 percent. I think statsny would be a great mentor for taking faceoffs  and it would be a great passing of the guard since Statsny is on the final year of his contract and I’m not sure if the Jets will have the cap space for him next season.
The only thing that currently bothers me about Dubois is he only averages .66 points per game when Laine scores .80 points per game that’s a big difference  and it sort of worries me. But playing under Maurice might take the pressure off of Dubois and he might  turn into the stud he was projected to be.  Which is a great 2-way player  he can play in his own zone responsibly so there is less of a chance of bad giveaways. So even if PLD is getting less points he can be setting up the rest of the team to make the magic happen.
So as Jets fans we need to paticent with Dubois hes not the big goal scorer that Laine was and we can not expect that from him just be paticent and love him for what he his and not what Laine was. Yes it does feel like Chevy lost the deal but we need to let this playout and who knows a guy like Scheifele might lose his job in a few seasons to Dubois. I know he’s going to make 10 million next year but I’d like to believe hes going to be worth every last dime and he might be the piece that the Jets need to push them further. That being said if they don’t make the playoffs rebuild around Dubios because he could be a good piece to build around. He’s young and hungry and knows Jets fans are tough and will demand that he plays his best.
As of right now, do you believe the Dubois is going to help the Jets? Or do you think this trade will hurt the Jets in the long run?
Uncategorized
Recent articles from Angus Hout