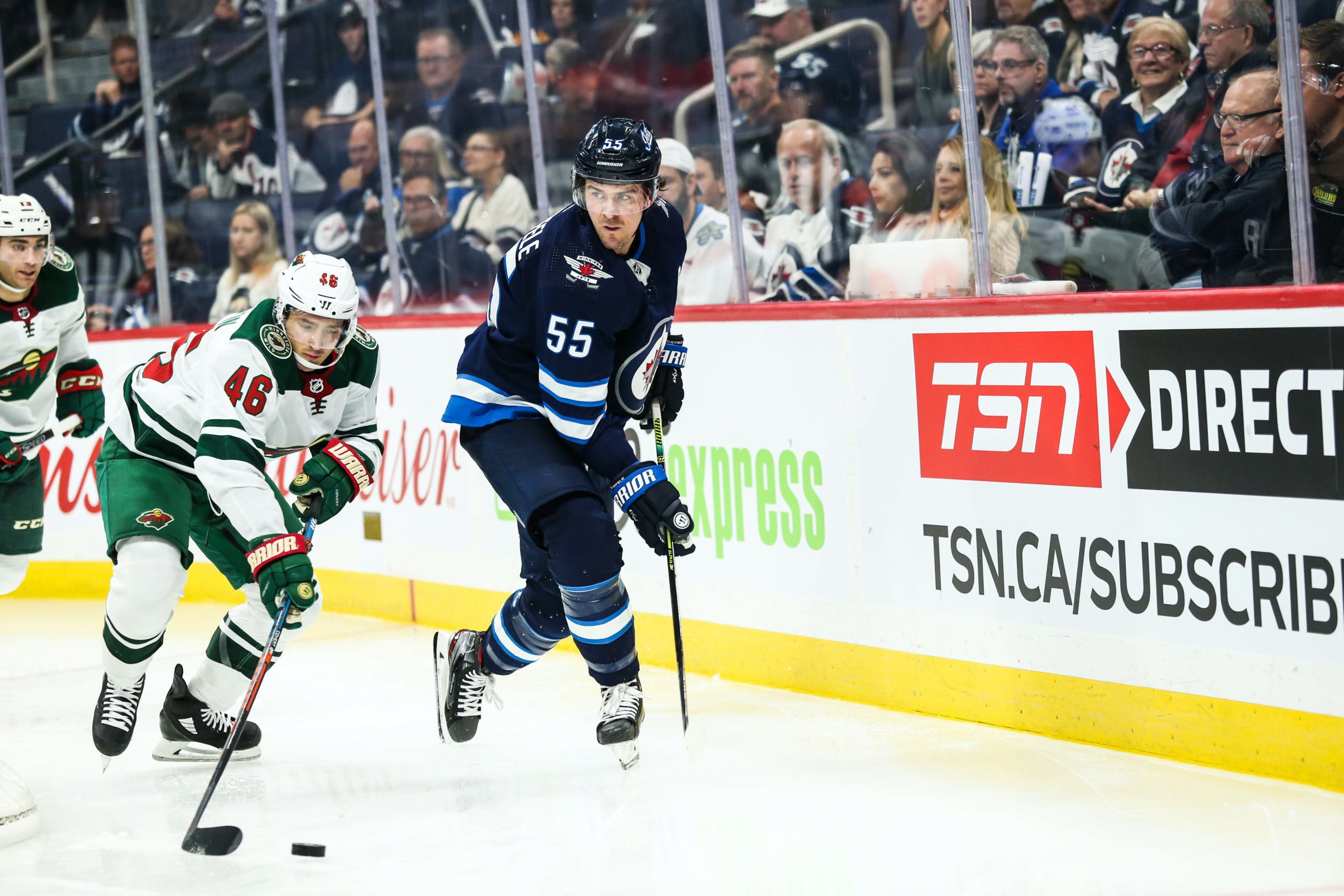 By Thomas Hall
9 months ago
Did everyone enjoy the All-Star break? No? Ok, just making sure we’re all on the same page here.
Following the NHL’s mid-season event, the Winnipeg Jets are scheduled to open the second half of this season with a home tilt against the Minnesota Wild.
After failing to conclude the first half on a positive note, which saw this club fall 3-1 to the Philadelphia Flyers, they’ll look to return to the win column with a victory over one of their division foes. Now nine points back of the second wild-card seed, embarking on a second-half surge will be crucial in determining this team’s playoff hopes.
Unless the Jets can redeem themselves of their disappointing first half, they’ll likely be headed towards becoming sellers at the trade deadline before missing out on the post-season. Luckily, this franchise isn’t at the point of no return just yet, however, it’s certainly on the horizon.
Needing to start strong out of the gate, let’s explore three storylines that could potentially impact this matchup between Winnipeg and Minnesota.

Following a five-game absence due to a lower-body injury, defenceman @Dylan DeMelo will return to the Jets’ line-up Tuesday as he prepares to play his first game since Jan. 22.
Now healthy, DeMelo is expected to be reunited with teammate @Josh Morrissey on the club’s top defensive pairing, where they’ll look to contain the Wild’s electric offence. In addition to his role at 5-on-5, the 6’1″ blueliner will also return to his spot on the penalty kill, and will hope to improve a unit that allowed three power-play goals across 19 opportunities during his absence.
Though Winnipeg will have one defenceman returning to action, unfortunately, they’ll be without another top-four blueliner moving forward as @Neal Pionk entered the league’s COVID protocols on Monday. As a result, the 26-year-old remains in isolation and is unavailable for this upcoming contest.
Filling in on the backend, the Jets will call upon two of their young defenders once again, @Ville Heinola and @Johnathan Kovacevic. At the moment, these two blueliners are slated to at least start the night together, however, interim coach Dave Lowry could switch up his lines throughout the game – just as he’s done before.
Here are the projected defensive pairings for this Tuesday night tilt against Minnesota:
Morrissey – DeMelo
@Brenden Dillon – @Nate Schmidt
Heinola – Kovacevic

Landing on the COVID list the same day as Pionk, forward @Pierre-Luc Dubois also produce a positive test Monday and is unavailable for Tuesday’s matchup.
Thankfully, with the 23-year-old currently residing in America, he’s expected to join the Jets on their upcoming two-game road trip. In the meantime, however, this club will remain pretty thin at centre, particularly within their top-six forward group.
Without Dubois, teammate @Andrew Copp has been bumped down to the second line and has shifted over to centre, where he’ll skate next to @Kyle Connor and @Cole Perfetti. As for the top line, veteran @Paul Stastny has been assigned to that group, pairing him with @Mark Scheifele and @Blake Wheeler.
Until the former Columbus Blue Jacket returns, who’s quickly overtaken the No. 1 centre position, someone will need to step up – here’s looking at you, Scheifele – in his absence.
Here are Winnipeg’s projected forward lines:
Stastny – Scheifele – Wheeler
Connor – Copp – Perfetti
@Evgeny Svechnikov – @Adam Lowry – @Kristian Reichel
@Jansen Harkins – @Dominic Toninato – @Kristian Vesalainen

Between numerous postponements and hosting just two home games in January, Jets fans have certainly been hard-pressed to watch their team at Canada Life Centre recently. But thanks to the latest announcement from Winnipeg’s Public Health unit, a considerable amount of fans will be in attendance Tuesday.
In total, all sporting events have been granted permission to increase capacity limits up to 50 per cent, meaning 7,600 fans can attend this showdown against the Wild. Furthermore, with five of the next seven games at home, including Tuesday, this team should receive a huge boost from the crowd moving forward – something they were without previously in ’22.
Considering the Jets are desperate to turn their disappointing season around, having significantly more than 250 fans cheering them on couldn’t hurt, right?
More from Jets Nation:
Uncategorized
Recent articles from Thomas Hall