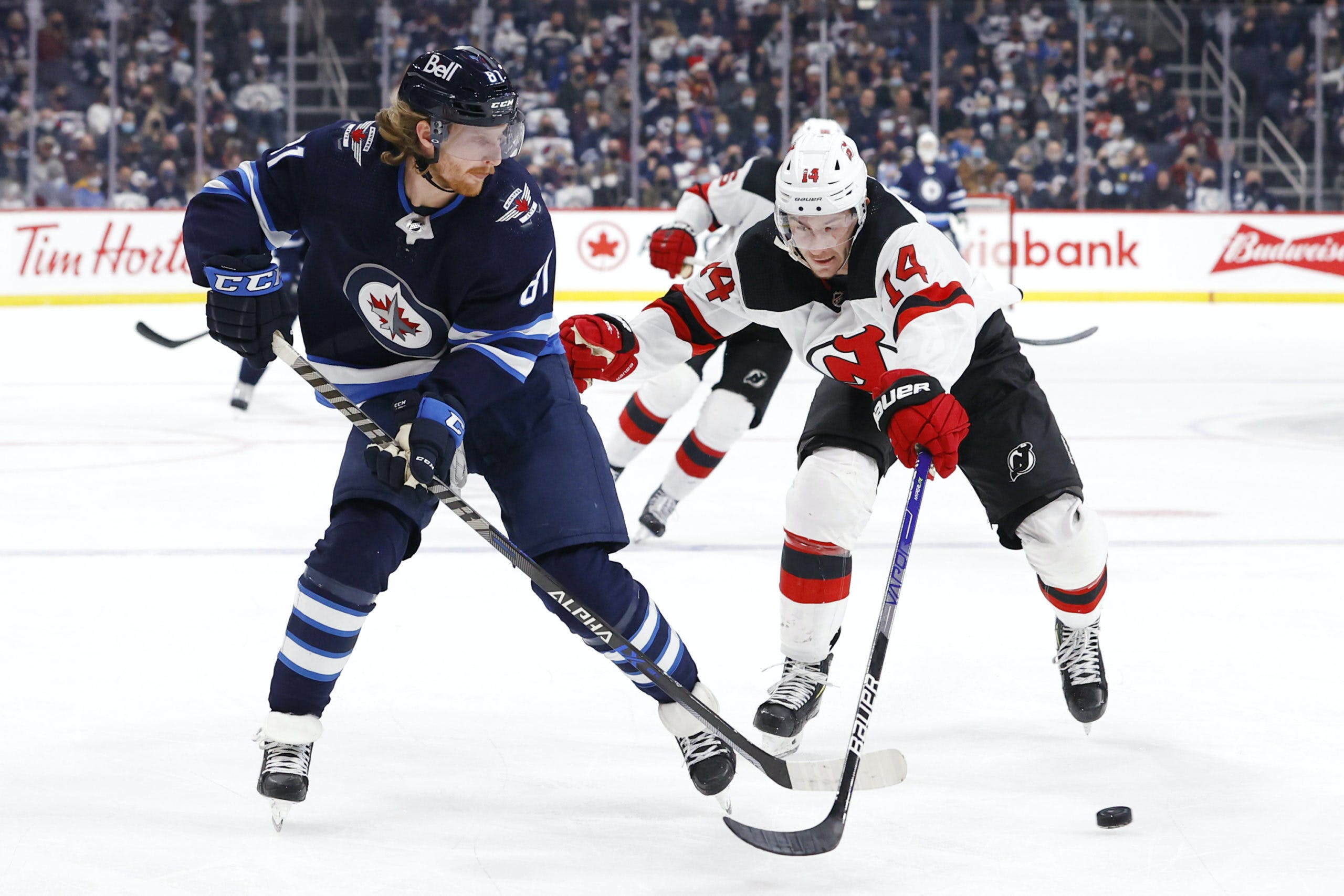 By Angus Hout
8 months ago
The Winnipeg Jets snapped a two-game losing skid Tuesday against one of the best teams in the NHL, the Tampa Bay Lightning, earning a much-needed 7-4 victory. This showdown had everyone on the edge of their seat for most of the night.
In the end, forward @Kyle Connor scored the game-winning goal, while his team was shorthanded, on a breakaway as @Nikita Kucherov blew a tire, allowing No. 81 to showcase his beautiful puck-handling skills once again.
On the betting front, I went 0-for-6 during my first game back from the inactive list, making for a very rusty performance. Let’s hope for better results during this upcoming tilt against the New Jersey Devils.

The Jets remain above a .500 winning percentage for the moment with a 25-22-10 record and 60 points.
Backup goaltender @Eric Comrie gets the start Thursday, providing starter @Connor Hellebuyck the night off. This season, Comrie features an impressive 6-2-1 record, a 2.47 goals-against average and a .914 save percentage. In his last five starts, he owns a 3-1-1 record.
Winnipeg will be without @Cole Perfetti (upper-body), @Dylan Samberg (upper-body), @Nathan Beaulieu (lower-body), @Adam Brooks (healthy scratch) and @Ville Heinola (emergency call-up) against New Jersey.
It appears this club will be running the same lines as it did Tuesday against Tampa Bay.
Currently, Connor leads the Jets in goals (34) and points (64) by a country mile. Captain @Blake Wheeler holds the club share in assists (33).
The last time the Jets and Devils faced off was back on Dec. 3, where Winnipeg won 8-4.

The Devils are enduring a miserable time as they hold a  21-31-5 record and just 47 points. In the last 10 games, this opponent has performed to a 5-5-0 record. Surprisingly, they defeated the Colorado Avalanche – who’re one of the top teams in the NHL – 5-3 back on Mar.8.
As things stand, New Jersey is seventh in the Metropolitan Division, meaning there’s pretty much zero hope to make a late playoff push this season.
Rookie goaltender @Niko Daws will run the crease Thursday. Overall, he owns a lifetime 5-3-0 record, a 2.75 goals-against average and a .906 save percentage.
The Devils will be without @Miles Wood (lower-body), @Tyce Thompson (upper-body), @Mackenzie Blackwood (lower-body), @Janne Kuokkanen (lower-body) and @Nico Hischier (lower-body).