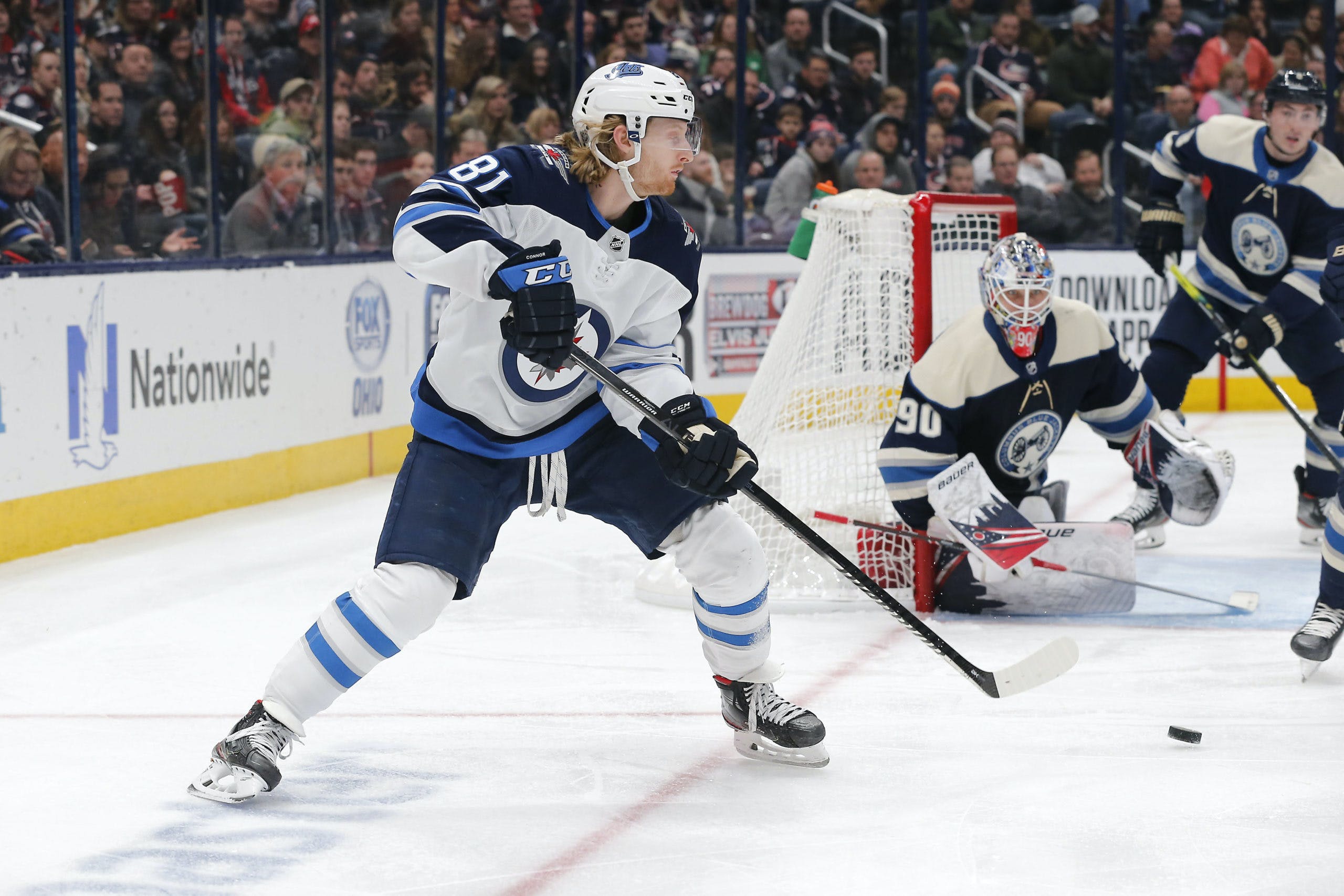 By Angus Hout
1 year ago
On Nov. 22, the Winnipeg Jets extended their winless streak to three games, losing 3-1 to the Pittsburgh Penguins.
@Dominic Toninato opened scoring early in the game, which I assume gave every Jets fan a sign of hope that this contest would’ve opened up significantly. Sadly, that didn’t prove to be the case as Penguins goaltender @Tristan Jarry stopped 30 of 31 shots against while on their way to coming away victorious.
Two nights ago, I was sold on the Jets to win this game, but oh boy was I wrong. Overall, I went 0-for-6, but you know, sometimes that happens. Let’s see if I can have a successful night and hopefully, you can too.

Heading into this contest, the Jets are positioned third in the Central Division. The good news is they’re only one point back of the division-leading Minnesota Wild. Over the last 10 matchups, the Jets own a 6-3-1 record against the Blue Jackets, with their most recent meeting coming on Jan. 22, 2020, where Columbus won 4-3.
Starting in net for Winnipeg is @Connor Hellebuyck. Hellebuyck has posted an incredible .920 save percentage and a 2.58 goals-against average. @Paul Stastny is expected to miss his eighth straight game due to an ankle injury. @Pierre-Luc Dubois will be playing against his former club since being traded back on Jan. 23, 2021.
@Kyle Connor remains the Jets’ leader in scoring, with 12 goals and 22 points. On the other hand, @Andrew Copp leads the team with 11 assists.
The Jets are currently tied with the Detroit Red Wings for the 13th-most total goals scored (54) and are tied with three other teams(Los Angeles Kings, New York Islanders and Philadelphia Flyers) for the seventh-most goals against (46).

What You Need to Know About the Blue Jackets

The Blue Jackets currently sit fifth in the Metropolitan Division, they’re coming off a 7-4 victory over the Buffalo Sabres. Over the last 10 games, this team owns a 3-6-1 record against the Jets, while also being outscored 36-33.
In goal, @Elvis Merzlikins will receive the starting nod for Columbus. On the season, Merzlikins owns a 7-3-0 record, 2.69 goals-against average and .918 save percentage. The Blue Jackets will be without @Patrik Laine, @Dean Kukan and @Emil Bemstrom.
@Boone Jenner leads the Blue Jackets with nine goals, @Jakub Voracek leads them in assists with 14 and @Oliver Bjorkstrand is the team leader in points (18).
In 2021-22, the Blue Jackets currently place 12th in goals for (55) and are tied with three other teams (New York Rangers, Dallas Stars and Tampa Bay Lightning) for the 18th-most for goals against (51).

I’m betting with PointsBet.com and so should you!
Moneyline: I’m taking the Jets Wednesday as the favourites at -136.
Easy Money: @Nikolaj Ehlers scores at any time for +170.
Risky Business: @Evgeny Svechnikov scores and the Jets win at +500.
Can’t Miss Parlay: Washington Capitals straight up, Florida Panthers Moneyline and the Penguins straight up at +360.
Prop Bet: Jets win and the total score exceeds 6.5 goals.
Out of Town Risky Business: Anaheim Ducks ML at +185.
Good luck and happy betting.
Uncategorized
Recent articles from Angus Hout