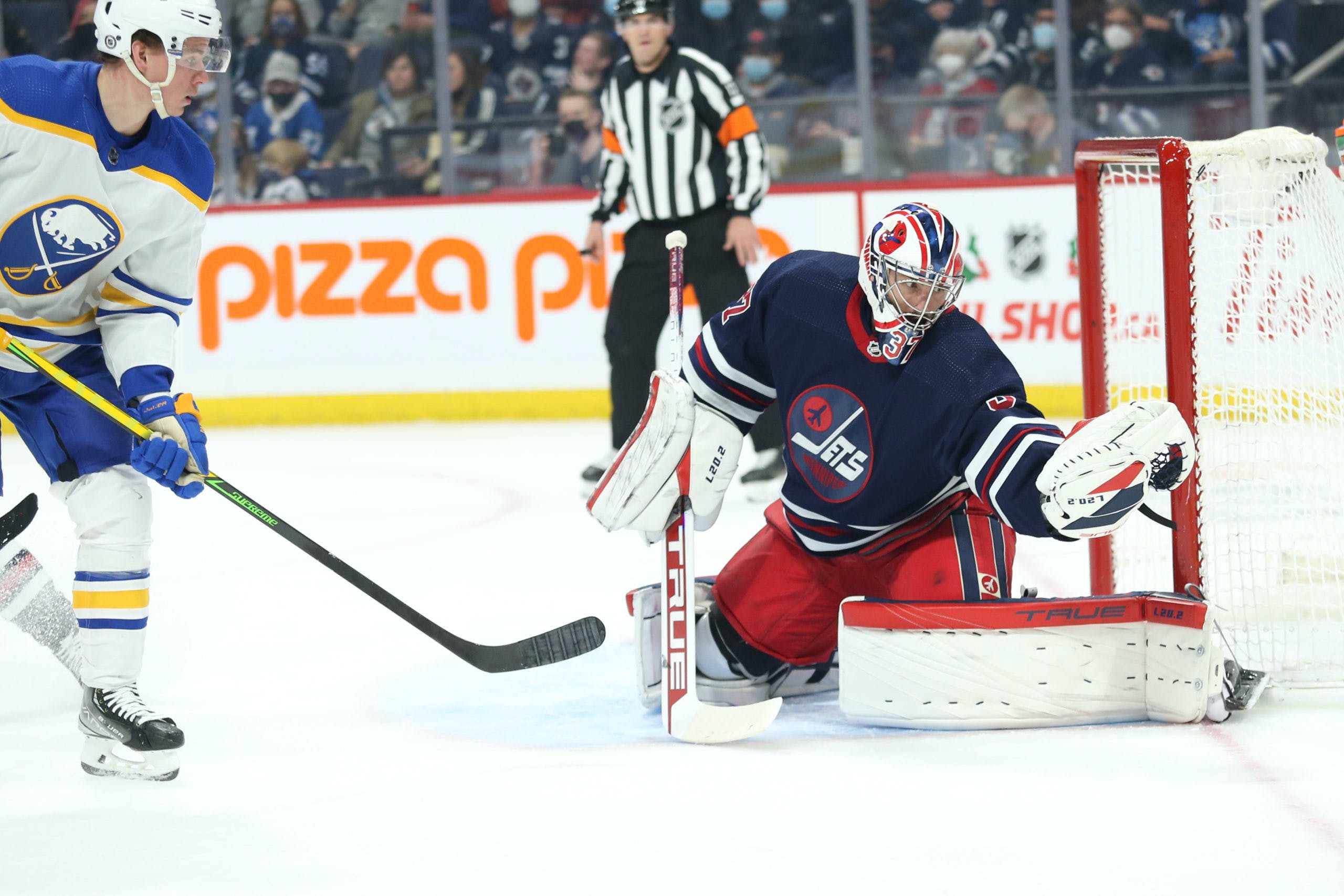 By Angus Hout
8 months ago
The Winnipeg Jets are coming off a 2-1 overtime victory over the Arizona Coyotes. Coyotes netminder @Karel Vejmelka played like a Vezina-Trophy candidate once again, stopping 38 of his 40 shots against.
Forward @Mark Scheifele had a solid performance as he scored both goals for the Jets, which brings his season total to 26 goals. If Scheifele wants to surpass his previous career-high in that department, he’ll need to score another 13 goals before the season ends.
On the betting front, I went 3-for-6 on Mar. 27. The last month of betting has been good for me. Hopefully, it’s been well for you, too. Let’s dive into Wednesday’s contest versus the Buffalo Sabres.

Overall, the Jets have performed to a 32-25-10 record and 74 points this season. Currently, this club is on the outside looking in on the playoff picture.
Daily Faceoff’s Jason Gregor has calculated how each franchise must perform down the stretch to reach 95 points, which he believes to be this season’s cut-off point for the final wild-card seed. Unfortunately, things aren’t looking overly favourable for the Jets, at least, right now.
Follow us on Tik Tok @JetsNation to watch our full breakdown.
Starter @Connor Hellebuyck will get the start against the Sabres. Thus far, Hellebuyck is rolling with a 24-23-9 record, a 2.94 goals-against average and a .911 save percentage.
Winnipeg will be without @Cole Perfetti (upper body), along with both @Kyle Connor and @Nate Schmidt, who’re in COVID-19 protocol and will miss at least the next three games. As a result, defenceman @Logan Stanley and forward @Adam Brooks will be reinserted into the line-up.
With Connor unavailable, here are which skaters lead the Jets in scoring in his absence: Scheifele owns the team share in both goals (26) and points (62), with @Blake Wheeler leading in assists (42).
The Jets and Sabres last met on Dec.14, 2021 – @Paul Maurice’s final game as head coach – where Buffalo won 4-2.

What You Need to Know About the Sabres

The Sabres are slowly pulling themselves out of the NHL’s basement this season; they’re 24-33-10 and have 58 points. Most recently, they’re coming off a 6-5 victory over the Chicago Blackhawks, and feature a 6-2-2 record over their last ten games.
40-year-old goaltender, @Craig Anderson, will make the start for the Sabres on Wednesday. This season, he’s posted a 12-9-1 record, a 3.13 goals-against average and a .901 save percentage.
Buffalo will be without @Mattias Samuelsson (undisclosed), @Malcolm Subban (upper body), @Drake Caggiula (upper body) and @Colin Miller (COVID-19 protocol). Additionally, @Anders Bjork and @John Hayden are expected to be healthy scratched during this contest.
@Tage Thompson leads the Sabres in goals (28) and points (51), with @Rasmus Dahlin leading the team in assists (34).