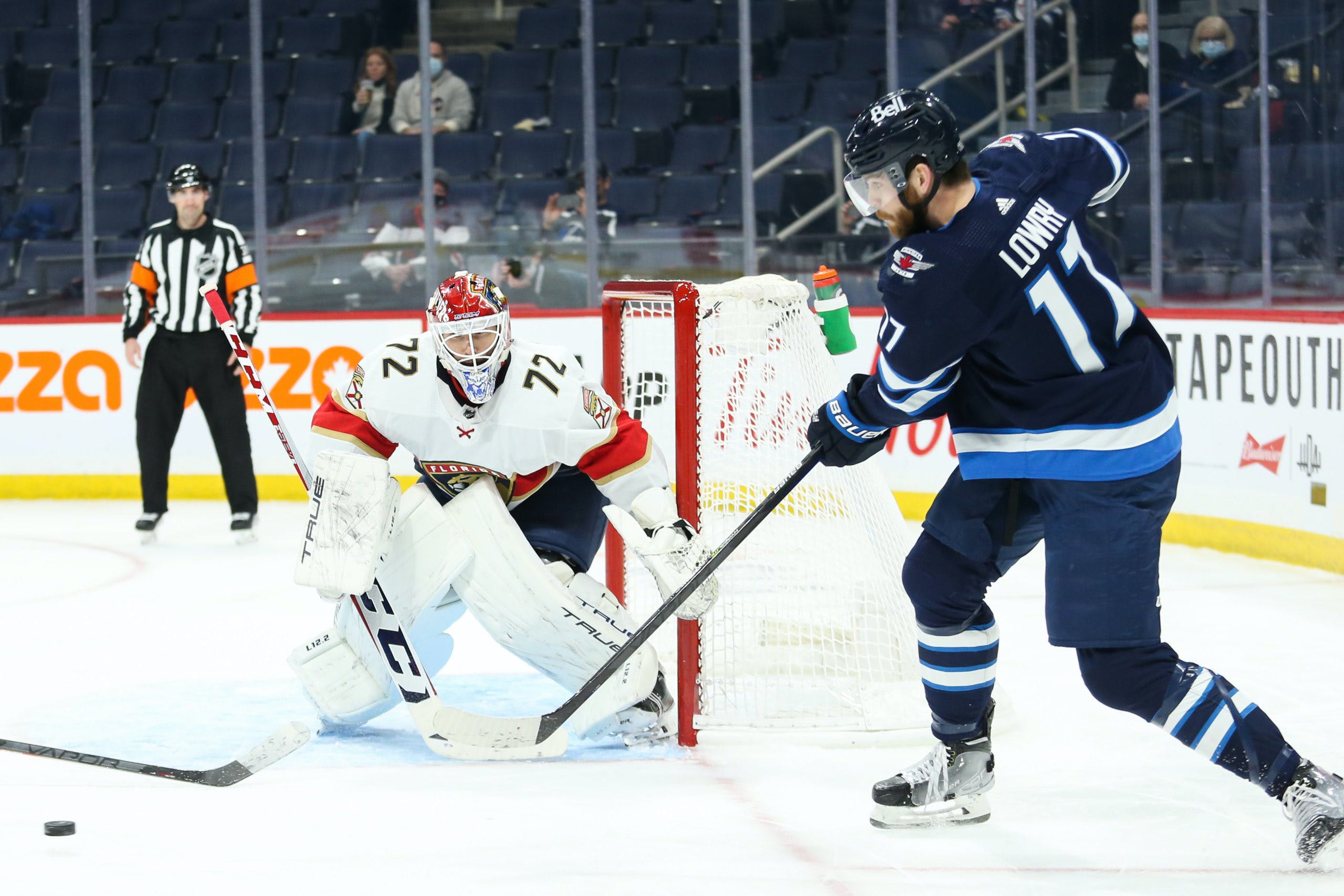 By Angus Hout
7 months ago
The Winnipeg Jets are looking to win three straight games Friday for the first time since Mar. 30. Their last two victories came against the Ottawa Senators and Montreal Canadiens, who’re two of the weakest teams in the NHL this season.
Though the Jets aren’t mathematically eliminated from the playoffs, it’ll take a miracle to turn this ship around. What sort of a miracle, you ask? Winnipeg will have to finish 8-0, then the Dallas Stars would have to lose five of eight, with the Vegas Golden Knights losing at least four games, too.
It’s not looking very bright for this franchise.
Back on Apr. 2, I fell 0-for-6 on the betting front. Let’s hope I can go back to being successful and the Jets pull off an unexpected win versus the Florida Panthers.

Over their last 10 games, the Jets are 5-4-1 and were outscored 34-29 during that time. Overall, this club owns a 35-28-11 record and 81 points.
Starter @Connor Hellebuyck will face the Panthers on Friday. This season, the 6’4″ goaltender features a 27-25-10 record, a 2.93 goals-against average and a .911 save percentage. In his last five starts, Hellebuyck has performed to a 2-2-1 record and has allowed 15 goals.
All-star @Kyle Connor leads the Jets in scoring with 42 goals and 87 points. Among all Winnipeg defencemen, @Josh Morrissey leads with 33 points.
Forward @Nikolaj Ehlers is looking to become the fifth Jet to score 50 points this season. He currently has 25 goals and 49 points.
Winnipeg will be without @Mark Scheifele (upper body), @Cole Perfetti (upper body) and @Logan Stanley (undisclosed). Having said that, forwards @Blake Wheeler and @Jansen Harkins will be returning to action.
The last time the Jets and Panthers played was back on Jan. 25, when Florida won 5-3.

What You Need to Know About the Panthers

The Panthers are really good this season, like amazingly good. Currently, they’re second overall in the NHL with 110 points and a 52-15-6 record, placing them just four points behind the Colorado Avalanche for first place.
Netminder @Sergei Bobrovsky will be making the start versus the Jets. The Russian goalie has a 35-6-3 record, a 2.70 goals-against average and a .911 save percentage this season.
Florida will be without @Ryan Lomberg (undisclosed), @Markus Nutivaara (undisclosed), @Aaron Ekblad (lower body), @Jonas Johansson (undisclosed) and @Noel Acciari (undisclosed). Unfortunately, @Joe Thornton is expected to be a healthy scratch and likely won’t play in this contest.
Hart-Trophy candidate @Jonathan Huberdeau leads the Panthers in assists (77) and in points (105). Captain @Aleksander Barkov leads the team in goals (34).