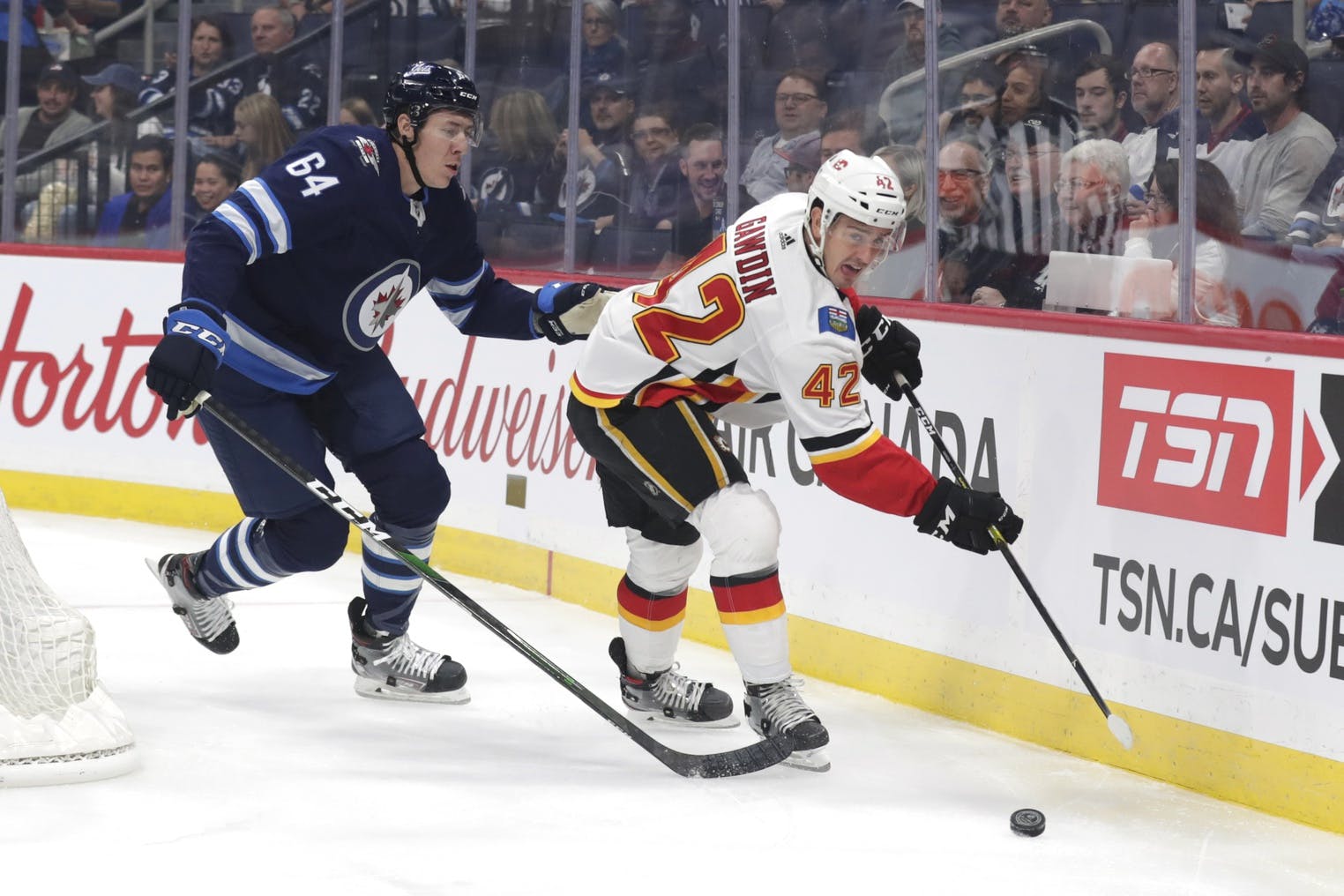 By Angus Hout
1 year ago
After spending the last four seasons between the OHL and AHL, the former first-round selection, @Logan Stanley, received an opportunity to make his NHL debut this past season and he certainly didn’t waste it.
Let’s look at what went right, wrong and what we should expect out of him next season.

The first thing that came to my mind was Game Four of the second round when Stanley gave all of us an ounce of hope that maybe the Jets could pull off the reverse sweep against the Montreal Canadiens.
That hope was ripped away in overtime, but the most important aspect is Stanley scored twice in one period. At that point, I think the Jets had zero pressure on them so Stanley just fired a couple of shots past goaltender @Carey Price. One was a nice little snapshot and the other was a half clapper. Could Stanley be a clutch player? Or does he just score when it doesn’t really matter? I guess we’ll watch the rest of his career with great interest to discover the answer.
Another thing that I liked about Stanley’s time during the playoffs was his physicality. He delivered 21 hits in just eight games, and also blocked 22 shots during that same span. He took a chance to step up for the Jets and it was great to see that from the rookie defenseman.
The other thing that went right for the 6′ 7″, 231-pounder was he got into two fights this past season. The first came on Feb. 12 against Ottawa Senators defenseman, @Josh Brown. The fans who voted at HockeyFights.com gave the win to Brown as he threw most of the punches. The second tilt Stanley got into was on Mar. 24 against Vancouver Canucks forward, @Zack MacEwen, the fans gave the win to our boy, making him 1-1 on the season.
The other thing that impressed me about Stanley’s performance was as a rookie defenseman, who averaged 13:13 minutes of ice time over 37 games, earned a +13 rating by the end of the regular season. With that number, I went back and watched a couple of games to observe some of his impressive breakout passes, and the risk he takes every time to advance the puck up the ice just excites me for a scoring chance. Not every defender has that ability and it can only improve moving forward.

Stanley only scored one goal and four points this past season. I know not every defenseman will produce 20 points but only four points in 37 games… that converts to a point every 9.25 games.
I will say that larger defensemen usually take longer to develop. If you look at @Zdeno Chara in his rookie season with the New York Islanders, he only created one assist in 25 games. If Stanley follows that same path, we likely just need to be patient and wait for him to grow his craft over the next few seasons.
Unfortunately, the trade-off with sending so many pucks up the ice is that they’ll eventually translate into turnovers and that’s what happened to Stanley, as he committed 21 giveaways in the regular season and 13 of them during the playoffs. That’s a pretty rough stat to swallow. Stanley’s ability to move the puck effectively could end up being the difference between developing into a top-pairing defenseman or a bottom-four skater. But I’ve got high hopes for the rookie.

Hopefully, Stanley isn’t taken in the expansion draft. If he’s not, I think he could play the entire season with the Jets, barring an injury, of course. I would expect probably a handful of fights from him next season. Offensively, it’s somewhat of a toss-up, he could score less than 10 points or perhaps he registers around 25 points next season.
Let me know what you think of Stanley’s rookie season and what you expect out of him next season. You can always hit me on Instagram or Twitter – @angushout.
Uncategorized
Recent articles from Angus Hout