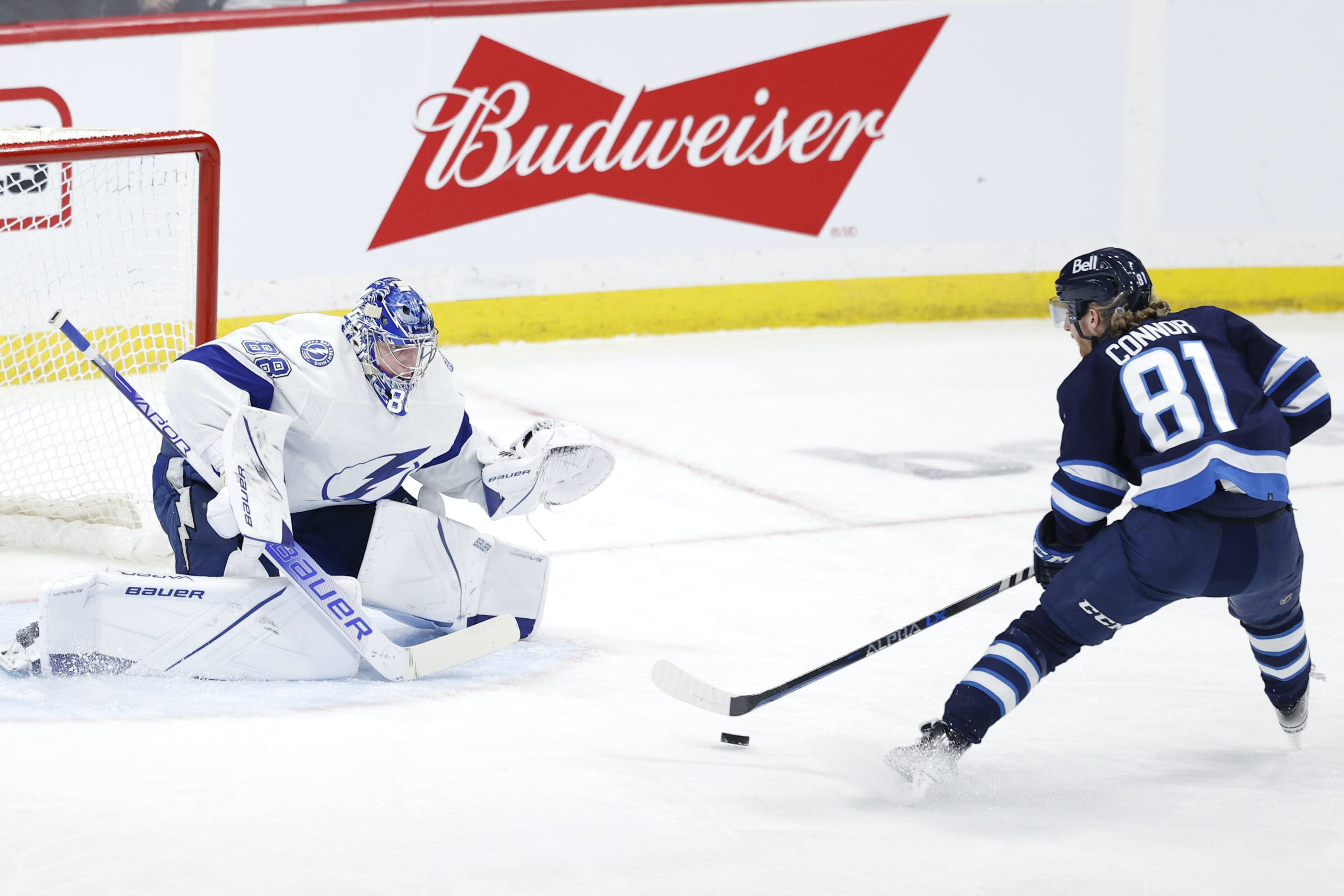 By Angus Hout
7 months ago
Friday’s game against the Florida Panthers was a mess from the jump. The Winnipeg Jets allowed six goals on 42 shots against, which saw both @Connor Hellebuyck and @Eric Comrie spending time in goal.
There was one positive, though, forward @Nikolaj Ehlers reached the 50-point mark by scoring his 26th goal of the season. Unfortunately, it was the only goal his team scored.
On the betting front, it was a disastrous night for me as I went 2-for-7 on the night. Let’s hope we can all bounce back Saturday versus the Tampa Bay Lightning.

The Winnipeg Jets enter this contest with a 35-29-11 record and sit 19th overall in the NHL with 81 points.
Considering Hellebuyck was pulled from Friday’s game after the second period, it’s possible he receives the nod for a second straight game. Still, it’s also possible Comrie returns for the second half of this back-to-back series. The situation remains very fluid ahead of puck drop.
Michigan native @Kyle Connor leads the Jets in scoring with 42 goals and 87 points. Centre @Pierre-Luc Dubois leads the team in power-play goals (14).
Winnipeg will be without @Mark Scheifele (upper body), @Cole Perfetti (upper body) and @Logan Stanley (undisclosed).
The last time the Jets and Lightning faced each other was on Mar. 8, when Winnipeg secured a 7-4 victory. Over the past 10 meetings between these two franchises, the Jets have performed to a 5-3-2 record.

What You Need to Know About the Lightning

The Lightning are having yet another successful season and appear to be threatening a three-peat. So far, they’re 45-21-8 and sit third in the Atlantic Division. They’ve locked up a playoff spot and will most likely face the Toronto Maple Leafs in the first round.
Back-up @Brian Elliott is expected to start versus the Jets on Saturday. This season, the 37-year-old is rolling with a 9-3-3 record, a 2.23 goals-against average and a .921 save percentage.
Unlike Winnipeg, Tampa Bay’s roster is fully healthy and enters this contest with a clean injury report.
Captain @Steven Stamkos leads the team in goals (32), assists (50) and points (82). Additionally, Stamkos is averaging 1.12 points per game in 2021-22.