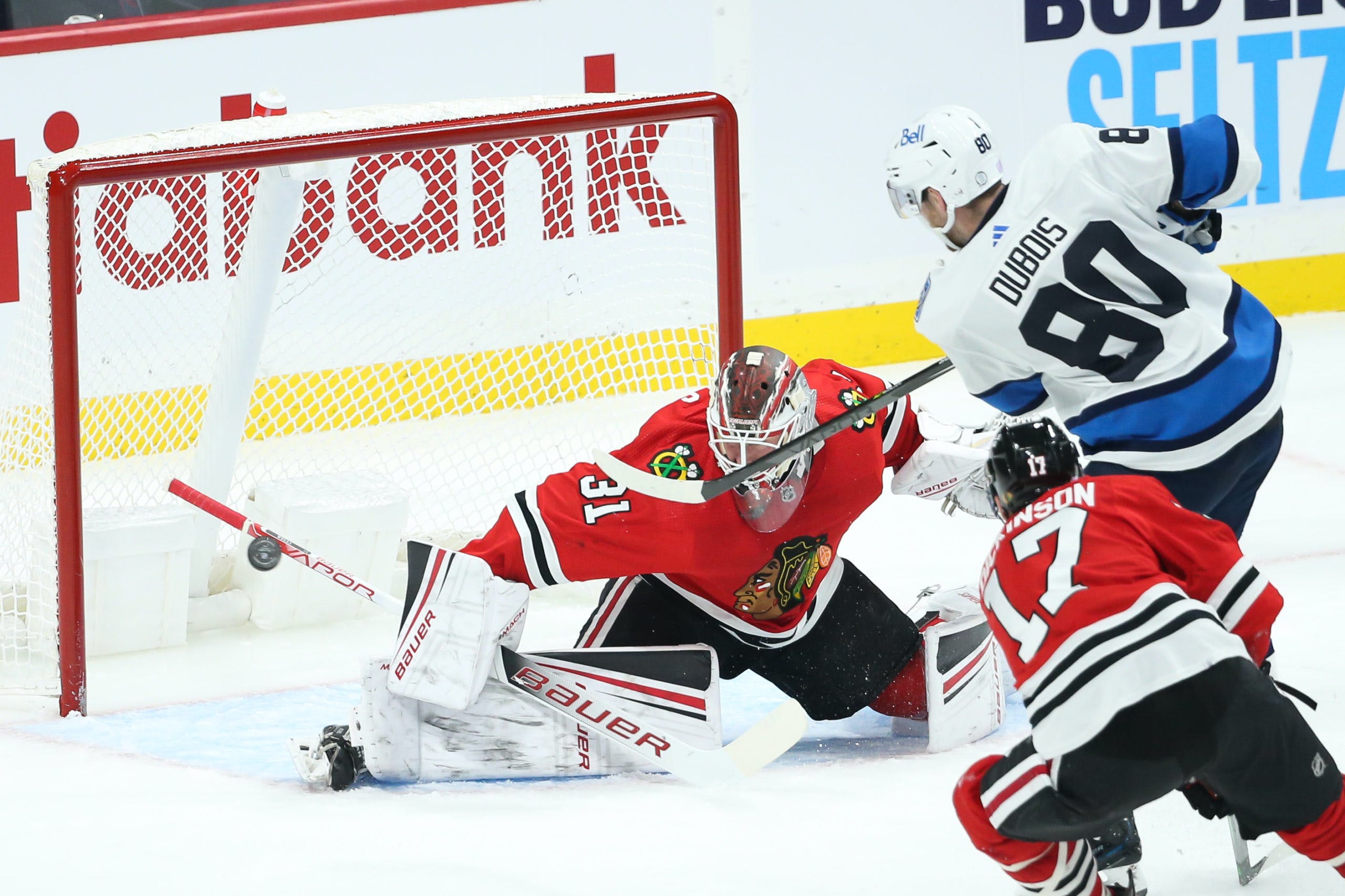 By Angus Hout
1 month ago
Welcome to Jets Nation brought to you by NHL lines site Betway!  The Winnipeg Jets are coming off a hard-fought victory over the Dallas Stars and the referees. The Jets had totally forgotten about the absolute thumping they took from the Minnesota Wild on Nov.23 and took the Stars and the refs to the limit. The two reviewed goals were very suspect and both of those goals should have never happened. Although the Stars may have been able to pick up a quick point in that game how could you not love the Josh Morrissey overtime winner? Depending on how the season shakes out I’m going to say it was worth letting Dallas take the extra point.
Tonight the Winnipeg Jets will be completing their first quarter of the season in Chicago taking on the Blackhawks. This is the final game of a short three-game road trip and the third of four games against Central division teams. If the Jets can pull off a win tonight over the 6-10-4 Blackhawks in the division they will have sole possession of second place in the central.

The lineup for the Jets is staying the same as it did to start against the Stars. Including the expected starting goaltender Connor Hellebuyck. In Hellebuck’s last five games against the Blackhawks, he is 4-1 has given up 10 goals and picked up a shutout and has a .932 save percentage. There is a chance that Hellebuyck is out of this contest to let his neck rest after the contact from Jordie Benn, Hellebuyck took a maintenance day yesterday and miss practice.
The Blackhawks will have a different goaltending tandem than they did when they visited Canada Life Centre on Nov.5. The Blackhawks should be starting Petr Mrazek. Mrazek joined Chicago this summer after he was traded from the Toronto Maple Leafs. His time in the windy city hasn’t started great as he has a 1-4-1 record, 3.86 goals against average of 3.86 and a save percentage of .885 and has been pulled three times this season.
Both teams have been hit hard with the injury bug. The Jets will be without Nikolaj Ehlers, Logan Stanley, Morgan Barron and Mason Appleton due to injuries. The Blackhawks will be without Alex Stalock, Tyler Johnson, Sam Lafferty, and Jarred Tinordi.
Dylan DeMelo has assisted Adam Lowry’s last three goals. Watch for those two to have some more magic this season. Jonathan Toews leads Chicago with eight goals through 20 games. In Kyle Connor’s last five games he has been cruising at a goal-a-game pace.
All the Jets need to do in this game is just show up and lock down on defence. As long as the top line and Toews are locked down the Jets should be OK playing their game. I’m not expecting a blowout win as the Blackhawks aren’t the worst team in hockey but the Jets will need to feel some shame if they do lose.
Editorials
Recent articles from Angus Hout