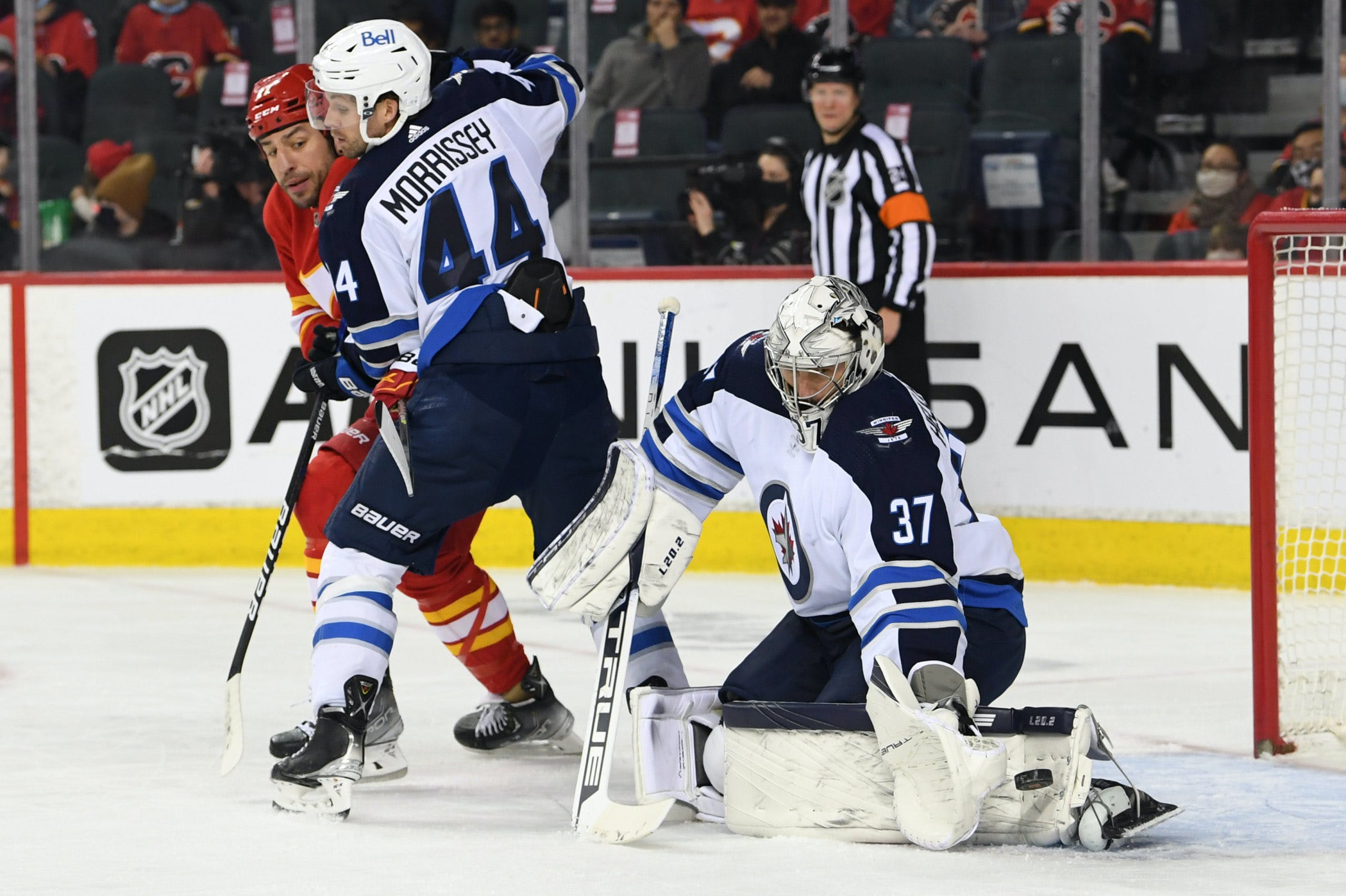 By Angus Hout
7 months ago
The Winnipeg Jets are coming off a 4-0 shutout victory over the Philadelphia Flyers. Back-up @Eric Comrie secured his first career shutout. Not only was it a big night for the 26-year-old goaltender, but @Kyle Connor scored his 92nd point of the season, surpassing @Blake Wheeler’s record for most points in a single season since relocation.
Connor sits just four goals back of 50 and with the Calgary Flames and Seattle Kraken coming to town over these final two goals, perhaps he can reach that historic mark.
On the betting side, I went 3-for-6 on the night. Hopefully, the Jets and I can keep the winning train rolling Friday night.

As the sun sets on the season, the Jets enter this contest with a 37-31-11 record and 85 points. The team currently sits 19th overall in the NHL.
Starter @Connor Hellebuyck is slated to make his 66th game of the season Friday. So far, he owns a 28-27-10 record, a 3.00 goals-against and a .910 save percentage. In his last five starts, the 6’4″ goalie is 3-2 and has allowed 17 goals.
The Jets will be without @Cole Perfetti (upper body) and @Mark Scheifele (upper body). Both @Logan Stanley and @Adam Brooks are expected to be healthy scratched once again.
Connor leads Winnipeg in goals (46), assists (46) and points (92). The Jets are averaging 3.04 goals for per night this season.
The last contest between these two franchises wasn’t great for Winnipeg as Calgary won 3-1. Over the last 10 meetings, the Jets have performed to a 6-3-1 record.

What You Need to Know About the Flames

Put your hand up if you thought the Flames would win the Pacific Division in 2021-22. Now put your hands down because you’re all lying.
This season, Calgary has shocked most hockey fans, playing to a 50-20-11 record. They’ll play either the Nashville Predators or Dallas Stars in the opening round of the Stanley Cup Playoffs.
Starter @Jacob Markstrom is coming off a 3-2 overtime loss to the Minnesota Wild. So there’s a strong chance he’ll rest Friday, potentially giving way to back-up @Dan Vladar. Vladar features a 13-5-2 record, a 2.79 goals-against and a .903 save percentage this season.
Calgary is expected to healthy scratch @Trevor Lewis, @Dustin Wolf, @Adam Ruzicka, @Michael Stone and @Connor Mackey during this contest.
Hart Trophy candidate @Johnny Gaudreau leads the Flames in assists (75) and points(115), with @Elias Lindholm leading in goals (42). The club is averaging 3.58 goals for per game.