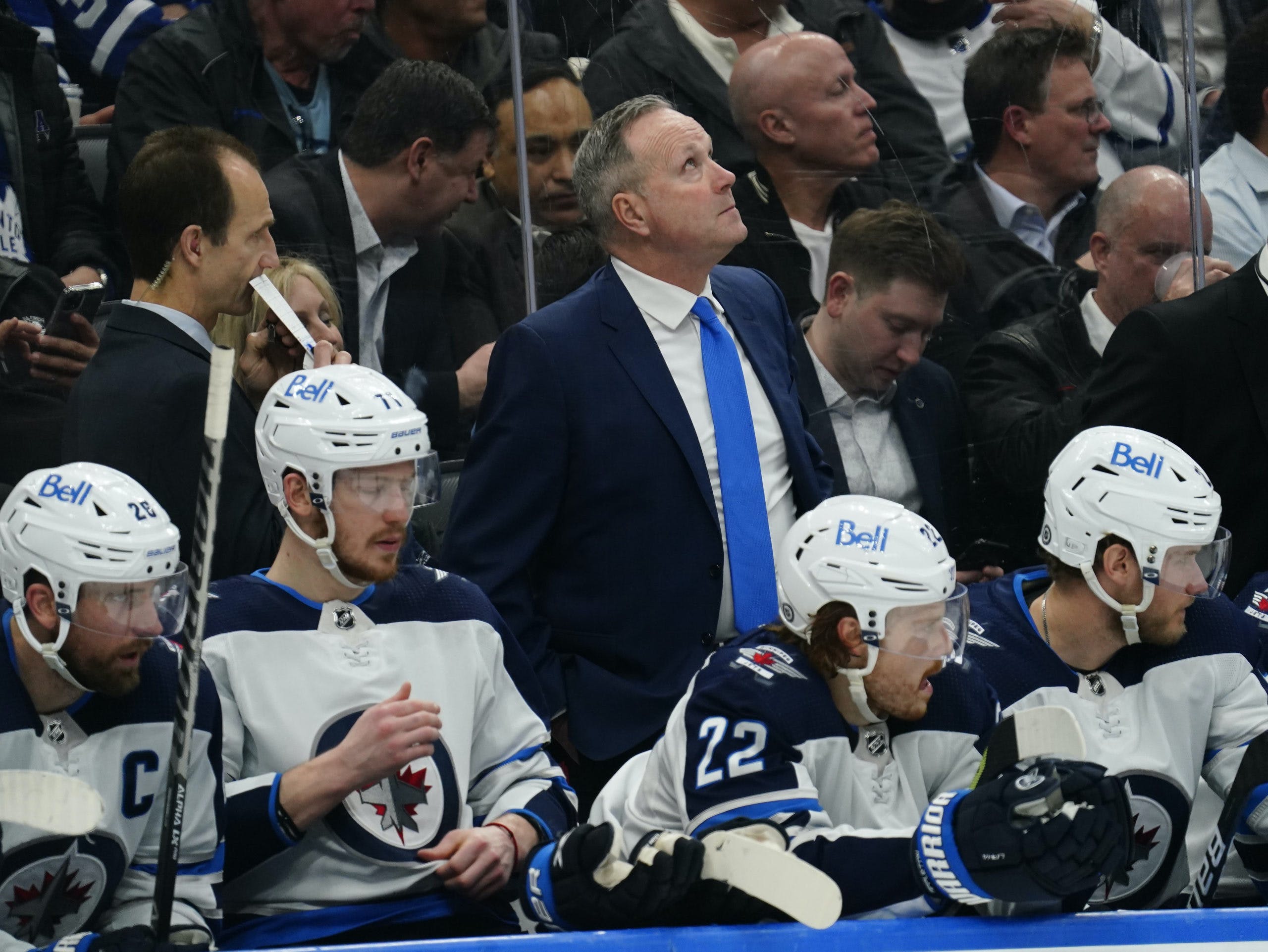 By Angus Hout
7 months ago
Things happen fast when you miss the playoffs.
Just one day after the disappointing 2021-22 season came to an end, the Winnipeg Jets are looking to part ways with much of their coaching staff including Dave Lowry, Jamie Kompon and Charlie Huddy, according to Daily Faceoff’s Frank Seravalli.
Lowry, 57, joined the Jets as an assistant coach on November 23, 2020. After longtime head coach Paul Maurice announced his registration, Lowry took over as interim head coach on December 17, 2021. Through the rest of the season, Lowry finished with a 26-22-6, where his team only picked up 52.8 percent of the total points.
Kompon, who has been an assistant coach with the organization since July 2, 2016, features extensive background working in the NHL and has been employed in Winnipeg for six seasons. Huddy has been with the Jets since their inaugural campaign in 2011.
Despite these changes, Goaltending coach Wade Flaherty is expected to stick around with the club. He’s been with the team, like Huddy, since the 2011-12 season.
The Jets went 37-32-11 in this season, falling just eight points shy of a playoff birth. This is the first time they’ve missed the playoffs since 2016-17. More changes are likely to follow this off-season.