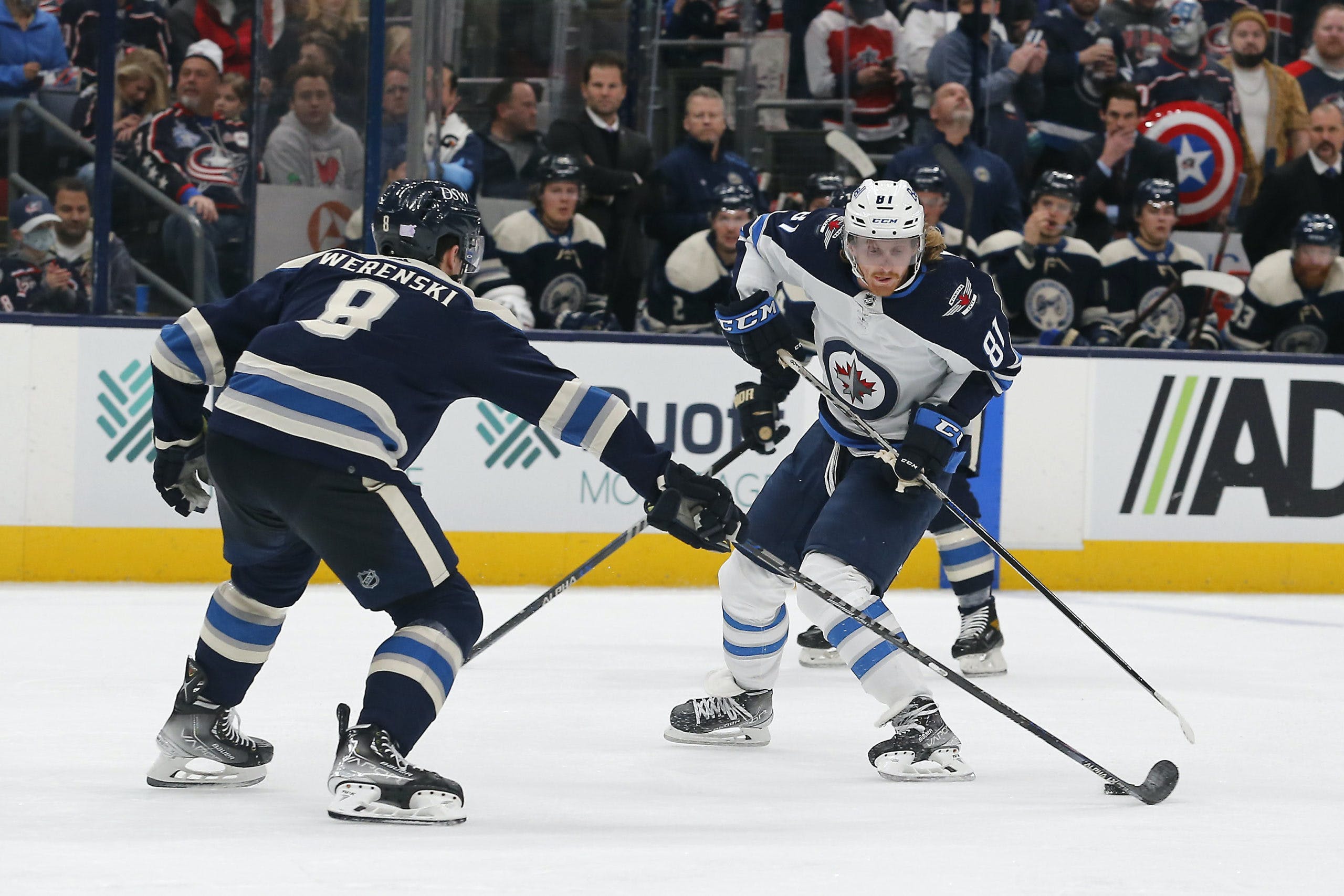 By Angus Hout
8 months ago
One night ago, the Winnipeg Jets lost 5-2 to the Ottawa Senators. Major yikes alert…
Making matters worse, the Dallas Stars, Vancouver Canucks and Vegas Golden Knights all won Thursday night. Dallas, who holds the final playoff spot in the West, is five points up on Winnipeg and also own two games in hand.
Nonetheless, a big congratulations need to go out to @Kyle Connor for scoring his 40th goal of the season, becoming the first skater in franchise history to record a 40-goal/40-assist campaign.
On the betting front, sadly, I went 0-for-6 on the night. Mar. 24 wasn’t a great night for anyone involved. Let’s hope that changes Friday.

This season, the Jets owns a 30-25-10 record and just 70 points. It continues to be a major disappointing 2021-22 season.
Backup @Eric Comrie will take over in goal Friday despite not playing since Mar. 10. Last time out, he allowed just one goal against the New Jersey Devils, earning his seventh victory of the season. Overall, Comrie features a 7-2-1 record, a 2.34 goals-against average and a .920 save percentage.
Forward @Adam Lowry is returning from COVID-19 protocol during this contest, and is projected to skate next to teammates @Mason Appleton and @Zach Sanford on Winnipeg’s third line. As a result, @Evgeny Svechnikov is likely being bumped down to the fourth line.
The Jets only have one injured player heading into this contest, @Cole Perfetti (upper body). Both @Ville Heinola and @Adam Brooks are expected to serve as healthy scratches.
Connor leads the Jets in all scoring categories with 40 goals, 40 assists and 80 points.
The last time these two franchises met was on Nov. 24, 2021, when the Blue Jackets won 3-0. In the last five meetings between the two clubs, the Jets have won three of those games, outscoring their opponent 16-15.

What You Need to Know About the Blue Jackets

The Blue Jackets possess a 32-29-3 record and 67 points this season, placing them 13 points back of the Washington Capitals, who hold the final playoff spot in the East. In their last 10 games, this club is 4-4-2.
Friday’s contest will feature former Jets @Patrik Laine and @Jack Roslovic, who’ll both be returning to Winnipeg for the first time since being traded last season.
Starter @Elvis Merzlinkins will return from his upper-body injury in this game. This season, he’s posted a 22-15-3 record, a 3.38 goals-against average and a .903 save percentage.
Columbus will be without @Alexandre Texier (hand), @Boone Jenner (lower body) and @Joonas Korpisalo (hip surgery). Additionally, @Gavin Bayreuther and @Gabriel Carlsson are projected to serve as healthy scratches.
Laine leads the Blue Jackets in goals (25) and points (48), with @Jakub Voracek leading in assists (46).