Advertisements on NHL Jerseys Make Sense For Everyone Involved 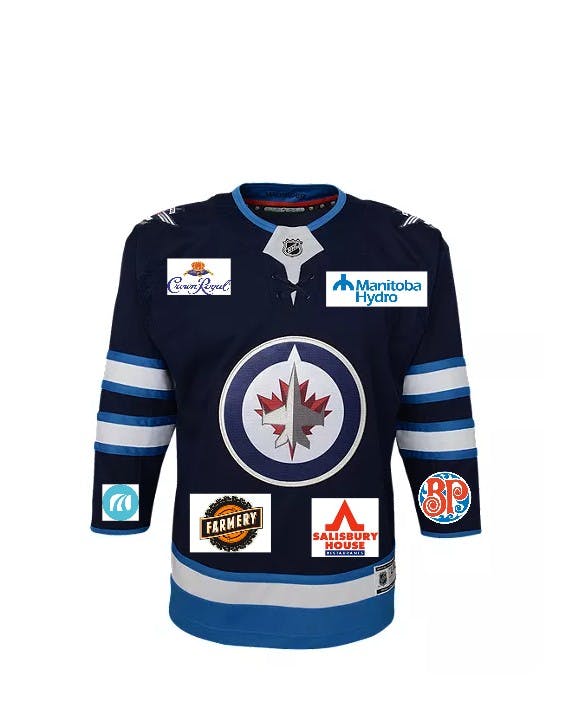 By Angus Hout
1 year ago
Earlier this week, the NHL announced it’d be adding a 3-inch by 3.5-inch advertisement patch to jerseys starting in 2022-23. There’s been some pushback on this, which is fair. If you look at some of the European teams, they don’t shy away from overwhelming their uniforms and arenas with ads, and it has become such an eyesore in comparison to North America.
For example, the Oulu Energy Arena in Finland is covered with more company logos than actual blank ice. If the NHL ever got to that point, I’d be very upset but there needs to be increased revenue for both owners and players, which this new plan will likely accomplish.

The price of tickets here in Canada is outrageous for a preseason game between the Winnipeg Jets and Ottawa Senators. For anyone looking to sit in the upper bowl, it’ll likely cost you $62 plus fees and taxes. That’s if you buy a single ticket from Ticketmaster. If you want to enjoy elite hockey for a semi-reasonable price, you’ll probably have to deal with these new jersey ads. Unless you’re looking right at them from four feet away and the player isn’t moving, they probably won’t even be noticeable.
These ads make sense because they mean additional revenue for the league, which also means more money for the players. NHL players make far less money compared to other professional athletes. @Auston Matthews earned $15.9 million last season, according to PuckPedia.com. In comparison, soccer star Lionel Messi earned $83 million in 2020.  More money for the NHL means more money for the athletes and more exposure for the sport itself.
The final reason is you’ll be able to tell how old someone’s jersey is if they decide to order one with an ad on it – not sure why anyone would though. So instead of just seeing someone as a fan, you could tell if they’re a new fan who’s trying to understand the Jets or hockey in general, or maybe that person is a veteran fan of hockey. The patch would be a cool little indicator.

Not only would the ads add to the money players could earn, but it’d cut into escrow. If you don’t know what escrow is or you don’t understand it, long story and short, if the owners are making less money than they were forecasted to the players will surrender parts of their salaries in order to cover those losses. This new option could lead to smaller losses for the players, which could also result in a much higher increase in the salary cap each season.

MORE MONEY!!! That’s it, they’re billionaires who want to keep their profits and this will be another way to achieve that goal.
Which ad do you want to see on the front of the Jets’ jersey starting in 2022-23? And will you buy jerseys if they have ads on them? Let me know in the comments below.
Uncategorized
Recent articles from Angus Hout