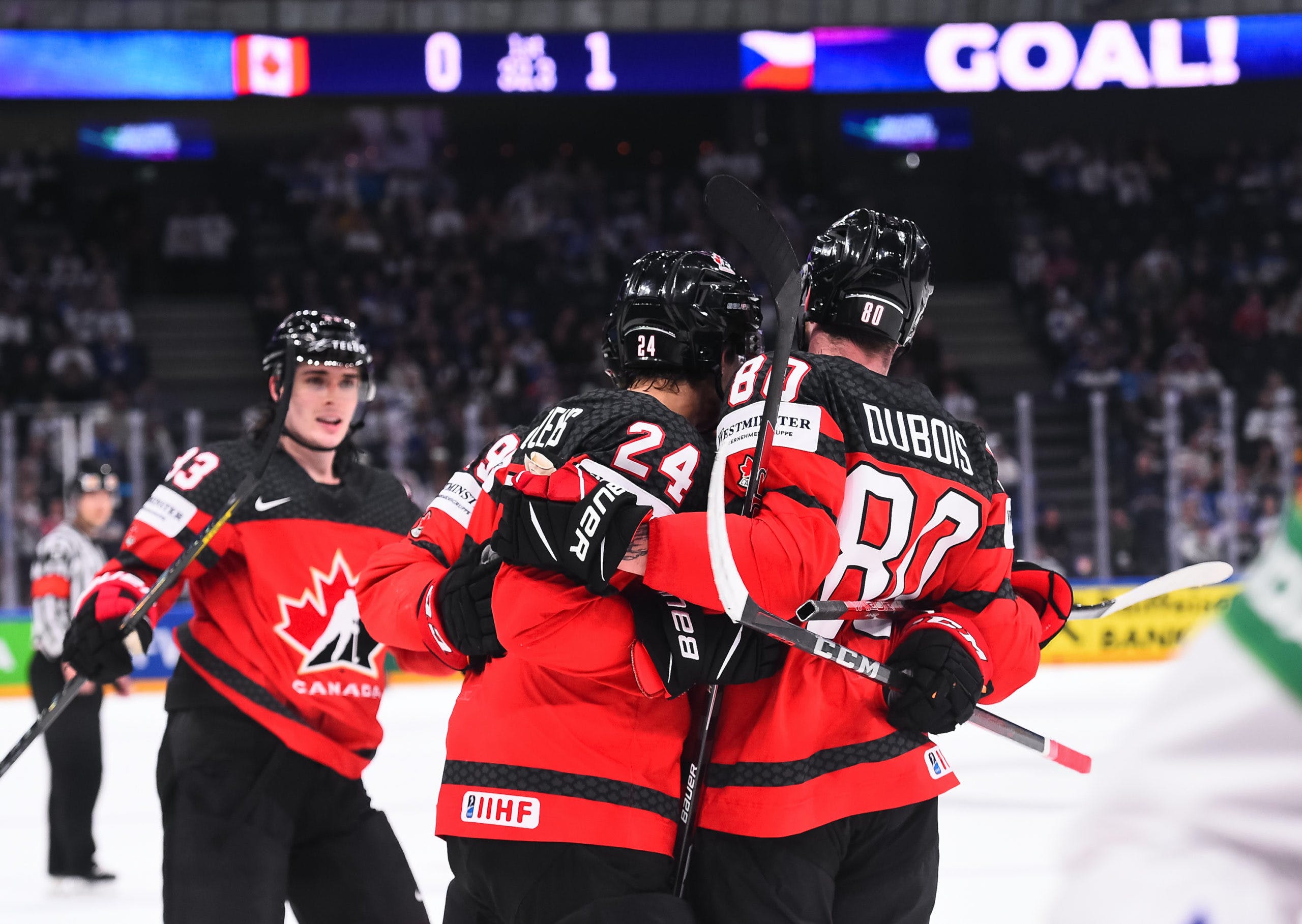 By Thomas Hall
6 months ago
Canada is returning to the Gold Medal Game for a third straight IIHF World Championship.
After winning last year’s event, Team Canada will attempt to win consecutive championships following a blowout 6-1 victory over Czechia in the semi-final round. Despite allowing the opening goal, they battled back to score six unanswered goals throughout the rest of the game.
One of those markers came from Winnipeg Jets forward @Adam Lowry – his fourth goal of the tournament – which proved to be the eventual game-winner. Interestingly, teammate @Pierre-Luc Dubois drew a crucial penalty just seconds earlier, placing Canada on the power play.
Along with drawing a pair of penalties, Dubois also registered a primary assist on a goal from Buffalo Sabres forward @Dylan Cozens. The power forward utilized every bit of his 6-foot-3, 218-pound frame to win a puck battle before sending a pass in front for Cozens, who made sure to fire it home.
Once the game concluded, Dubois, who’s scored seven goals and 13 points thus far, was named as one of the top players for Team Canada in the tournament. Cozens and @Ryan Graves were announced as the other two skaters.
Following this victory, Canada will advance to the Gold Medal Game, where they’ll look to complete the trilogy against Finland. Both countries are set to face off for a third straight time in the final round (2022, 2021, 2019).
As for defenceman @Nate Schmidt and Team USA, after losing to Finland in the semi-finals, they’ll be competing for bronze against Czechia.
Each game will take place Sunday, with the Bronze Medal Game scheduled for 7:20 a.m. CT and the Gold at 12:20 p.m. CT.