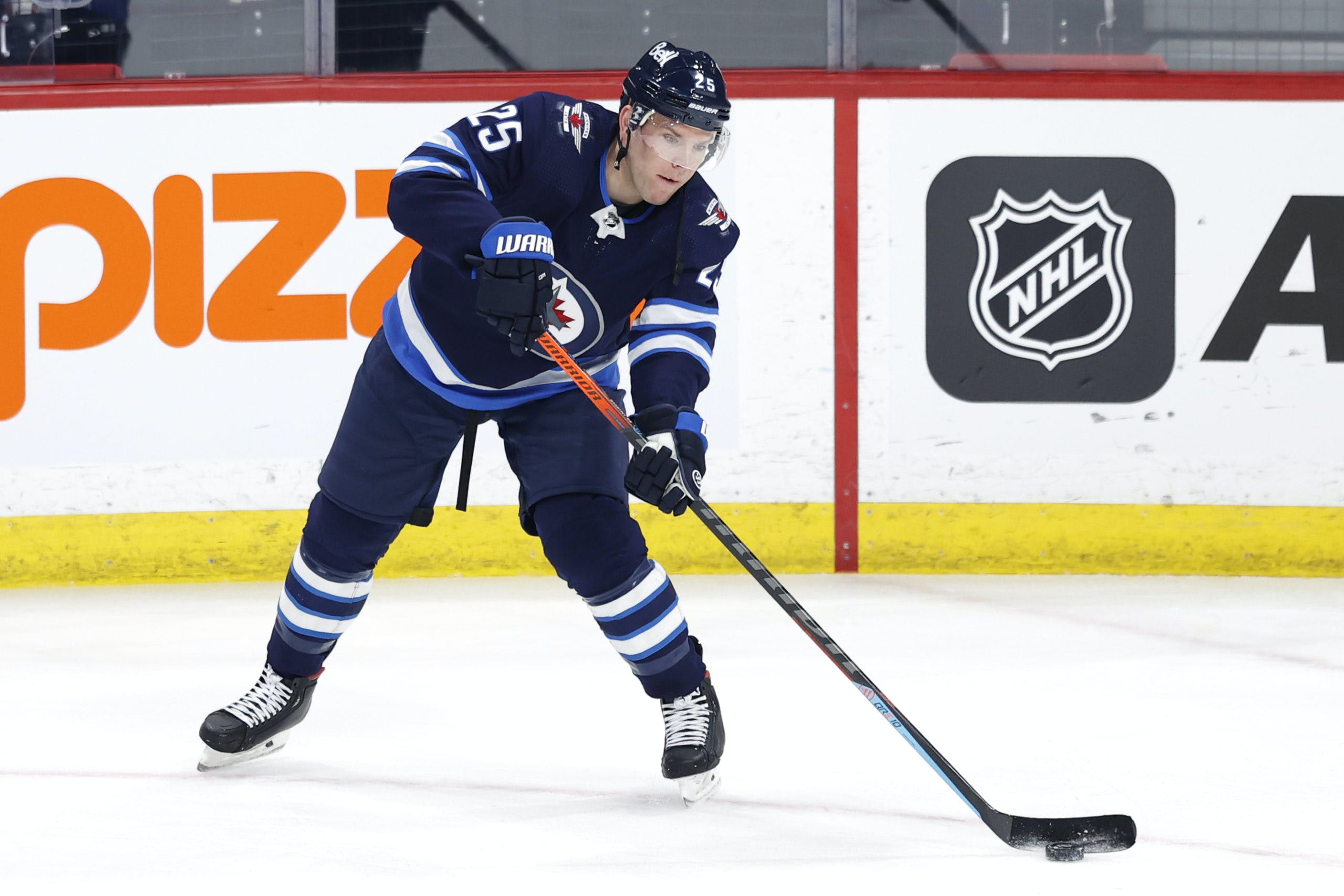 By Thomas Hall
6 months ago
After spending the COVID-shortened 2020-21 season with the Winnipeg Jets, forward @Paul Stastny ultimately opted to return to the “True North” for another campaign, which proved to be a very wise decision.
Entering his age-36 season, some people questioned how much Stastny had left in the tank at this stage of his career. But as he showed in 2021-22, if positioned in the right situation, the Quebec City native can still be extremely effective on a contending club.
Sadly, that’s not a description the Jets fell into during this past season. Nevertheless, the team was considerably far more productive with the veteran forward in the line-up compared to when he wasn’t.
With that in mind, let’s explore the positives and negatives of Stastny’s second straight season in Winnipeg.

More often than not, Stastny was assigned to the Jets’ top-six forward group this past season, allowing him to be paired next to centre @Mark Scheifele. Together, this duo enjoyed plenty of offensive success.
Thanks to this role, the former second-round pick from 2005 averaged 17:47 minutes of ice-time per game – his highest total since 2018-19 (18:06). Overall, he finished with 21 goals and 45 points across 71 contests. This was the seventh time he’d reached the 20-goal mark and his first of such since 2013-14.
Back then, Stastny played for the Colorado Avalanche and was logging nearly a minute more per night (18:24) than he did during his most recent campaign. A lot has changed in the seasons that have followed. And yet, one thing that hasn’t shifted is his ability to generate offence.
In 2021-22, the left-hander excelled while playing at 5-on-5, scoring 14 of his 21 markers during these situations. He also registered 88 individual high-danger scoring chances, according to NaturalStatTrick.com. Those were the most of his career.
Stastny didn’t earn a ton of power-play time, although when he did it usually resulted in scoring. In total, the veteran forward produced four goals, eight points and 19 HD scoring chances.
The former Vegas Golden Knight did receive his fair share of penalty-killing chances, though. He compiled 95:07 minutes – his highest total since 2016-17 (107:34) – finishing with a respectable 11.79 per cent Corsi For Percentage, a 12.9 per cent Fenwick For Percentage and an 8.84 per cent Expected Goals For Percentage.
Due to his background at centre, the Jets utilized Stastny in the face-off circle throughout the season, especially while skating next to Scheifele. This helped him win 56.6 per cent of his opportunities, which ranked highest on the team among all qualified skaters (min. 100 face-offs).
At his age, Winnipeg couldn’t have asked for a better performance.

On the ice, Stastny shined throughout most of the 2021-22 season, however, he wasn’t always able to remain healthy. Not that this came as a surprise to the Jets.
The 6-foot, 194-pound skater was forced out of the line-up on two separate occasions. His first was due to a foot injury, causing him to miss eight games in November. Then, in January, he missed three games while dealing with a lower-body injury and a positive COVID-19 test.
Altogether, Stastny had 11 man-games lost to injury/illness this past season. But for a player in his mid-30s, this franchise was probably fortunate he didn’t miss even more time due to any additional ailments.

Last off-season, Winnipeg re-signed Stastny to a one-year, $3.75-million contract. It stands to wonder what’s next for the 36-year-old. Would he consider re-upping with the organization for a second consecutive summer? Or would he prefer joining a legitimate championship contender?
There’s no question he’s still capable of playing at this level, but how many years does he have left? For someone that’s still without a Stanley Cup, he must be very careful in deciding his next steps.
From the Jets’ standpoint, management would undoubtedly be willing to bring him back on a similar deal to the one he agreed to a year ago. Of course, that is if Stastny wants to return. He provided plenty of value in his third season with the franchise, however, it’s unlikely he’d be satisfied with missing the post-season once again.
With major changes expected to occur in this market over the next few months, including the hiring of a new head coach, perhaps it’d be wise for Stastny to search elsewhere for his next deal.