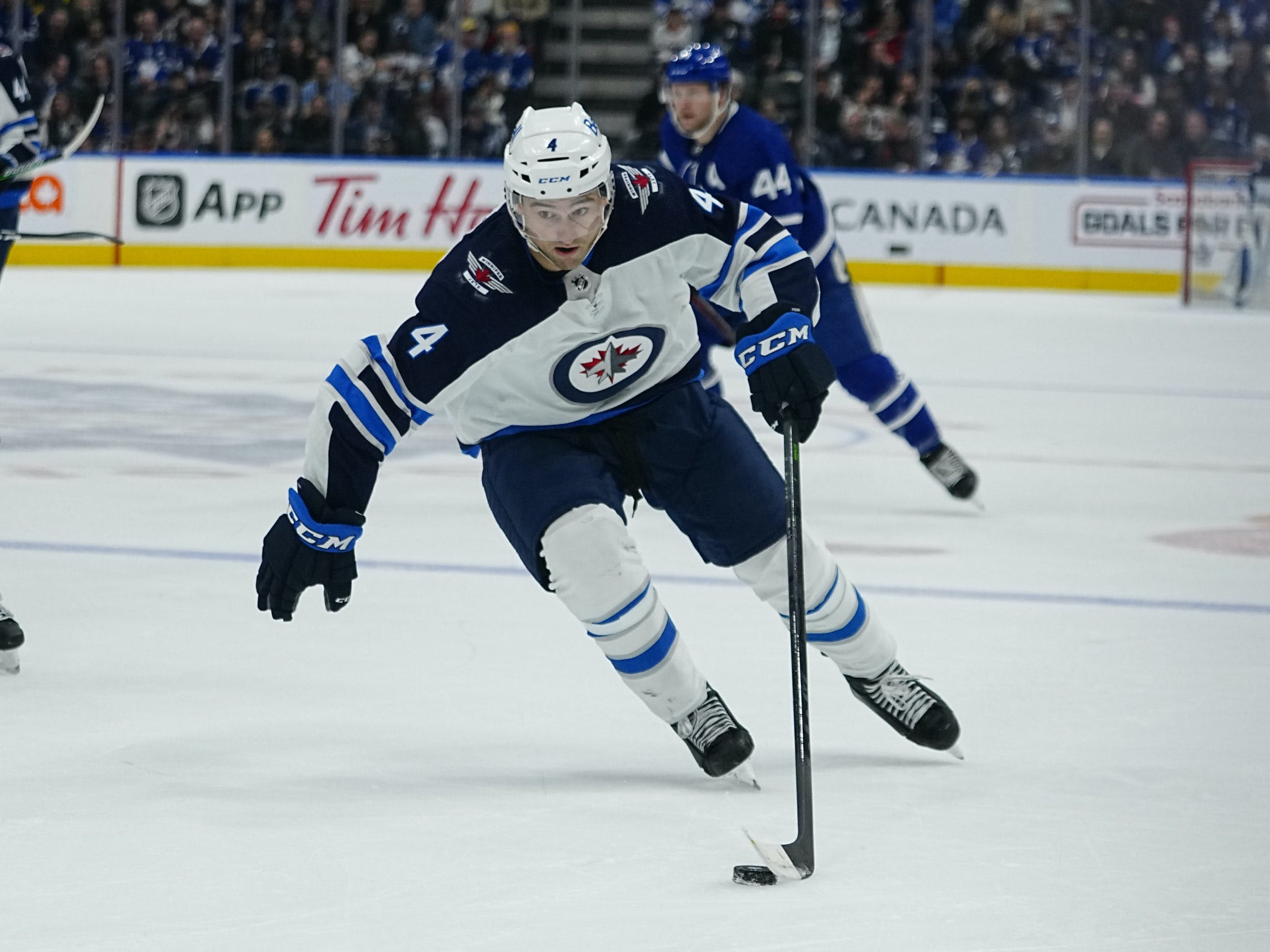 By Colton Davies
6 months ago
Defenceman @Neal Pionk has become a staple on the Winnipeg Jets blueline over the past few seasons since being acquired in the deal that sent @Jacob Trouba to the New York Rangers. Pionk has since thrived in this market, primarily battling for top-four minutes with the likes of another prominent Jets defender @Josh Morrissey.
In 2019-20, Pionk’s inaugural season, he registered 45 points (six goals, 39 assists) in 71 games. He quickly proved to be a match made in heaven for the Jets. He followed up that season by registering 32 points (three goals, 29 assists) in 54 games, and had it not been a shortened season due to the COVID-19 pandemic, Pionk likely would have surpassed his career-high totals.
In just his third full NHL season, he proved to be a reliable performer once again – one the team could rely on consistently.
This season, the Jets had a different mindset when it came to their defensive core. The additions of @Nate Schmidt and @Brenden Dillon were met with high expectations as general manager Kevin Cheveldayoff made improving his defence the clear focal point of the off-season. Former head coach Paul Maurice juggled his pairings to figure out where his new guys would slot into the line-up.
Dillon was situated on a pairing with Pionk, and according to Dobber Frozen Tool, the duo averaged a 47.3 per cent Corsi For Percentage through 801:15 of ice-time. For himself, Pionk posted a 47.56 per cent CF Percentage without Dillon, and Dillon averaged a 50.31 per cent CF Percentage without Pionk.
While the pairing seemed to work, some adjustments could be made. With a new coach entering the room this off-season, we could see an even more effective Dillon return in 2022-23. Pionk also became the centre of controversy during a game against the Toronto Maple Leafs in December, which saw Pionk unintentionally collide knee-on-knee with @Rasmus Sandin.
That, of course, caused the entire game to be thrown into chaos as Maple Leafs forward @Jason Spezza would then knee Pionk in the head. Everyone remembers how that game ended, @Logan Stanley doing his best Hulkamania impression.
Back to the point, in terms of individual analytics, according to Natural Stat Trick, Pionk registered a 1.013 PDO, a 46.78 per cent CF Percentage, a 46.66 per cent Fenwick For Percentage and a 46.89 per cent Expected Goals For Percentage at 5-on-5.
Pionk’s numbers were stable, and prove that he has what it takes to compete at the top level in the NHL. He isn’t going anywhere, either. He’s currently in the midst of a four-year contract that holds an average annual value (AAV) of $5.875 million, according to our friends at PuckPedia.

Given his contract term, the current Jets management should be pleased with Pionk’s contributions thus far. However, a new head coach might feel differently and we could see Pionk come out of his shell a little more in 2022-23.
After all, he was well on his way to surpassing his career highs before the 2019-20 season was cut short. Situating him on a pairing with rookie prodigy defenceman @Dylan Samberg may be worth a shot. They both would compliment each other’s game very well.
One thing is for certain, Pionk has exceeded expectations while in a Jets jersey. Hopefully, that continues moving forward.