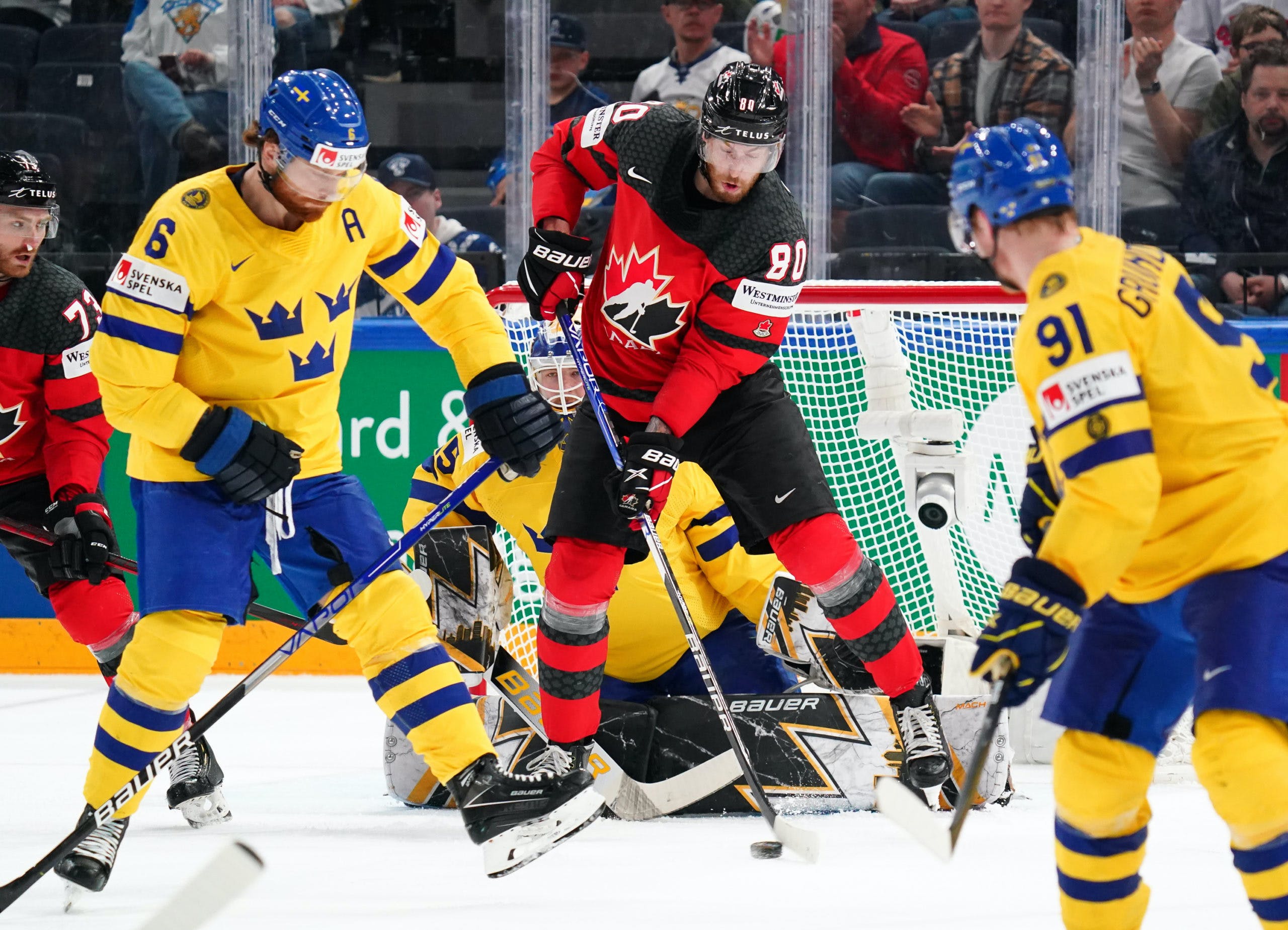 By Thomas Hall
5 months ago
Never underestimate the heart of a champion.
That’s exactly what Canada proved during its quarter-final matchup against Sweden at the 2022 IIHF World Championship. Though, things didn’t look very favourable for them early on.
Entering the third period, Team Canada was staring at a three-goal deficit after allowing two goals in the opening frame and one in the second. But thanks to their resilience, they rallied back and were able to mount a comeback over the final 20 minutes of regulation.
The first marker came from New Jersey Devils defenceman @Ryan Graves, although it was largely made possible by Winnipeg Jets forward @Adam Lowry. He was perfectly positioned in front to help create a screen as Graves’ shot found the back of the net.
Then, at the 18:07 mark, centre @Pierre-Luc Dubois made his presence felt on the power play by wiring home a one-timer to trim Canada’s deficit to just one goal. By scoring his eighth goal of the event, he currently leads all skaters in that category.
Dubois’ marker set the scene for what was next to come: an unbelievable moment for New York Islanders forward @Mathew Barzal. Just 30 seconds later, the 25-year-old sent a backhand shot that just barely crossed the red line, tying the game at three goals apiece.
Canada’s comeback efforts forced this showdown in 3-on-3 overtime, which lasts for 10 minutes, not five like in the National Hockey League. A system that should be adopted in North America. Nevertheless, the extra frame ended after only 43 seconds as a beautiful display of passing between Dubois and Barzal resulted in a game-winning score for Ottawa Senators forward @Drake Batherson.
With this victory, Canada advances to the semi-final round and is now guaranteed to compete for a medal at this year’s tournament. They’ll resume play on Saturday.
Unfortunately, Jets prospect @Leon Gawanke and Germany won’t be advancing to the semi-finals as they fell 4-1 to Czechia in the quarter-final round. The 22-year-old defenceman registered one assist through four games.
The only other Jets skater that remains in this event is defenceman @Nate Schmidt, who’s posted one goal and four points across seven games. He and Team USA are scheduled to face Switzerland on Thursday at 12:20 p.m. ET for a chance to advance to the semis.