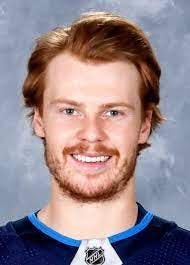 By Angus Hout
1 year ago
Our player this week is @Mason Appleton, he was drafted by the Winnipeg Jets in the sixth round of the 2015 NHL Draft. The guy is playing his first full season in the league. This season he has primarily played on the third line and has been having a great season with @Andrew Copp and @Adam Lowry. Appleton and Copp both got moved up to the top line after @Nikolaj Ehlers and Lowry went down with injuries.
Let’s talk about Appleton and his play on the front line and what he has brought to the team this year.
He has only played two games on the top line with @Mark Scheifele and Copp. Though the Jets have lost those two games, I really like Appleton up there. In his first game on that line, he took seven shots on net and five of those were high-risk shots. If Oilers @Mike Smith wasn’t playing like an absolute animal this year, I’m certain Appleton would have had his first career hat trick.
In the second game against the Edmonton Oilers, they knew to shut Appleton down and were effective in holding him to only one mediocre wrist shot from the slot and @Mikko Koskinen made the glove save – if Koski is making a glove save on you it’s not your night. Overall, I like Appleton’s game on the first line, all things considered, he knows his role, played well against the Oilers’ best defensemen and had good looks. I think he just needs time to get comfortable with Scheifele and playing those extra minutes. The best way to look at Appleton on the first line is if your boss said you’re going to start working an extra three hours a day and you’re going to do the same job but with a different group of people, and you have to do it in the rain. You’re going to be in over your head, but one day you’ll fit in and feel better about that job. This is a learning experience for the guy and he’s doing a pretty good job.

Looking at Appleton’s first full season, he has found his mojo with Lowry and Copp and stayed in the lineup. The man worked for his spot, found some chemistry and has dressed for every Jets game this season. For the most part, I haven’t noticed Appleton a lot on the ice. That’s not a bad thing, he complements Copp and Lowry really well, those two are solid veterans in the NHL. Arguably, it’s the best third line in the whole league. That line was putting up consistent points when they were together, they were grinding, keeping the puck deep and were everything you want in a third line. Appleton has upped his average playing time from 11:10 to 14:28 minutes per game and has a career-high in points (22). He’s a sharp hard-working player. The only thing I think he could work at is his turnovers, it’s not every game but it does happen from time to time.
If Appleton wants to go from being a great third liner to playing shotgun with Scheifele long term, I think he should workout with the all-star forward and maybe work with the same training coach in the off-season. @Blake Wheeler is starting to show his age and it’s understandable, we all get old and the NHL isn’t a young man’s league. Appleton and Scheifele might as well start working together now so they can both benefit from it and keep this current Jets core rolling as long as possible.

Appleton was a late-round pick and has been a great success story for the Jets and shows how good the scouting staff is. Currently, his contract that pays $900,000 per season is a bargain. Let me know what you think of Appleton this season in the comments below or you can always shoot me a message on Twitter or Instagram, my handle is Angushout.
Uncategorized
Recent articles from Angus Hout