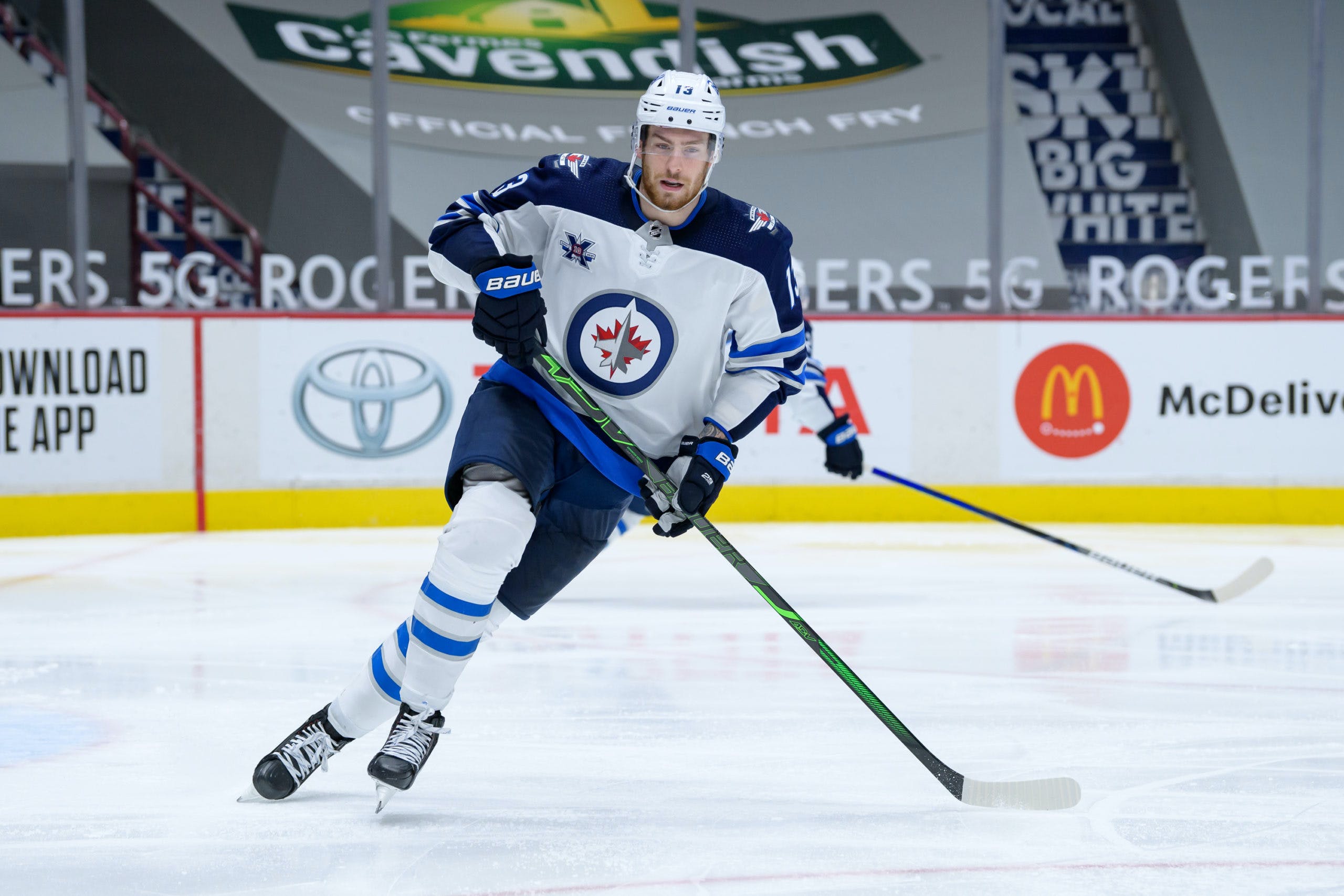 By Angus Hout
1 year ago
We’ve watched @Pierre-Luc Dubois for 31 games as a Winnipeg Jet. No @Patrik Laine talk, no comparing that trade. I won’t talk about that acquisition until both Laine and Dubois have played 82 games for their new clubs. Since joining the Jets in February, PLD has 19 points in those 31 games. Some fans are on him because they think he needs to be scoring more and needs to be more effective. I think PLD is a good player for the Jets and can grow into an even more effective player than he already is.

I’ve been really trying to focus on watching him play, to be upfront, I don’t notice him a lot. Normally, I’m not a fan of guys who just disappear in the game but PLD plays a bit of a sneaky game. He isn’t where the puck is, but he’s causing issues for the other team and can free up the puck and keep the play alive. In the game on Apr. 13th against the Toronto Maple Leafs, he went up to the blue line, caused issues for the Leafs’ defense, allowing @Mark Scheifele to score a beautiful breakaway goal. PLD isn’t scoring a ton of points but he’s helping to get goals. He has a solid IQ when in the offensive zone, he knows when to battle for the puck, but he also knows when to be in the middle of the ice and wait for a puck to pop out during a scrum. He also has a good net-front presence when he’s there. PLD is a big body, he can take a beating and draw some penalties.
I like the fact that he’s shooting from more dangerous spots and he’s being rewarded with a higher shooting percentage. This year he’s got a 15.7% shooting average, whereas his career average is at 13.3%. Does it help that he has two solid veterans on his wings?
You betcha, that’s helping the guy. @Nikolaj Ehlers and @Paul Stastny are solid individuals off the ice and are amazing linemates. The other good thing about PLD playing in Winnipeg is he’s hitting a little more. When Dubois played in Columbus, he was averaging 1.38 hits per game and since joining the Jets he’s averaging 1.45 hits per game. It’s not a huge difference, but when a guy is hitting he’s more engaged in the game.
Here’s what bothers me about Dubois, his faceoff percentage has been brutal since joining the Jets. He’s only won 41.0% of faceoffs since joining the team. He’s more than good enough to play on the second line, but only winning that many faceoffs is rough to watch and puts the Jets at such a disadvantage. If there’s one thing he absolutely needs to work on this upcoming offseason, it’s his faceoffs. I know he’s a good player, but he needs to step up in that area and then he’ll go from a good second liner to an exceptional one.
This season, he’s playing like a $3.35 million player, which is what he’s getting paid. But next year, he’s earning $6.65 million and needs to step up if he wants to get paid, especially if he wants to continue being a Jet. It’s hard to say if he’s going to stick around with the Jets after his contract is up. Personally, I would like him to stay. It seems like he’s a good player and time can make a guy feel better and more comfortable. I’m sure most of us have worked with or for a guy like coach John Tortorella, who is just an angry person and thinks that motivates people to be better. As a guy who’s closer to the same age as Dubois, I know it’s hard to work under that kind of pressure. But once you get out of that toxic environment, it takes some time to get back into your natural groove. Once he gets back to that groove, the NHL better watch out.
Let me know what you think of Dubois. Has he been a good addition to the Jets or has he been a less than ideal addition? Let me know what you think in the comments below or hit me up on Twitter or Instagram – my handles are angushout.
Uncategorized
Recent articles from Angus Hout