Advertisement
Ad
What to Expect From Four-Goal Andrew Copp 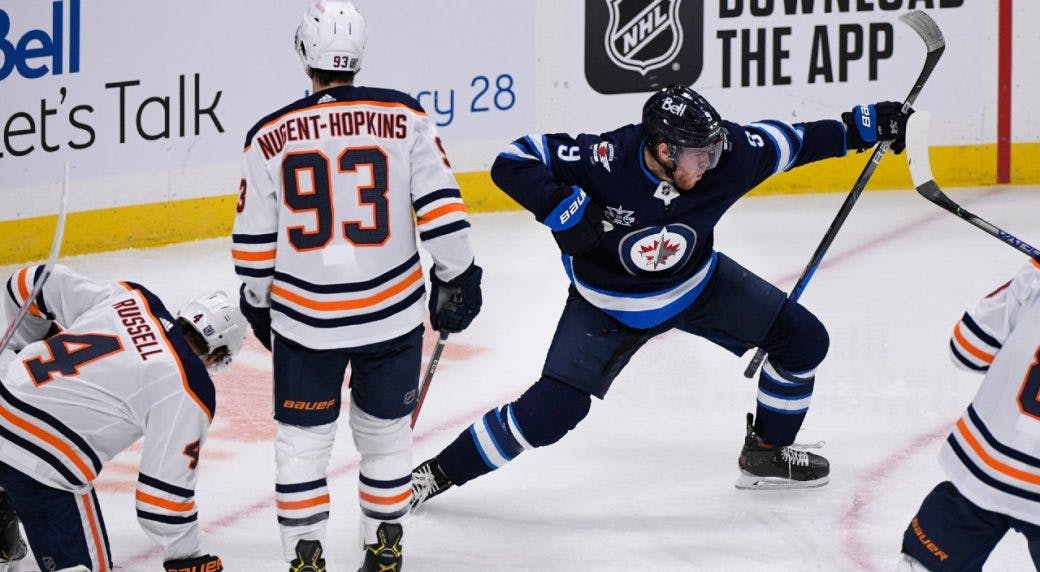 By Angus Hout
1 year ago
Comments

In the last nine games, @Andrew Copp has 10 points. Four of those points came from the last game against the Vancouver Canucks where Copp scored his first career hat-trick, which is awesome for him because he’s been playing in the NHL since the 2015-16 season and he did it as a strong third liner.

Prior to getting points in the last three games, I was seeing people saying Copp wasn’t playing well and wasn’t scoring enough and should be traded. That’s just crazy that people want to walk away from a guy who’s been playing for the Jets organization since he was drafted. There are certain players I want to stay in Winnipeg for their whole careers and Copp is one of those guys.

Andrew Copp nets a career-high four goals for the Jets Wednesday, scoring twice on the power play, helping earn a 5-1 win over the Canucks. This year, Copp is looking for a career-high in points, he already has 25 points in 33 games and is on pace for 42 points. Right now, I really don’t know of any third liners who could put up that many points in a season. The most points he’s ever scored was 28 points in 82 games back in 2017-18. 42 points for a third liner is looking great but there has been a little tiny trade-off for those points.

That trade-off has been a bit of a decline in face-off wins. This year has been Copp’s worst in the face-off dot. At this point in the season, Copp has taken 116 face-offs and has won only 56, putting him down to a 48.3% faceoff win percentage. It’s not a brutal stat, but it is a dip from his career average which is 51.2%. But to stay positive about it, we’re only 33 games through the season and Copp has the chance to bring that number up in the remaining 23 games in the season.

There are other things besides scoring that I like about Copp. He’s a gritty two-way forward who takes very few penalty minutes. He’s only spent 10 minutes in the box this season and I know that can still go up, but even if he sets a new career-high in that category he’s still pretty disciplined. The man also hits, not a lot and they’re never devastating hits but they’re smart hits that you really don’t notice, but they interrupt the play and can get the puck where it needs to be.

If he’s not hitting, you can see Copp getting into those uncomfortable spots and fighting for the puck. If you look back at Copp’s three goals where Demko was in net, Copp was right upfront. He tipped the first two and the third was a greasy rebound. You can see Copp doing that more, it’s a great spot for him. He can screen the goalie and it doesn’t look like he’s not afraid to be in that area. He might not be the biggest guy there, but if he’s willing to work on that hand-eye coordination he could be tipping more pucks in and picking up a few more greasy goals.

The one thing I don’t love about Copp’s game is he’s streaky and can disappear for stretches. I’m not saying he’s bad, I want this guy to be apart of the Jets until he retires. That being said, if he’s going to retire as a Jet in probably eight to 10 years, assuming he stays injury-free, he needs to be a little more consistent. It might not be scoring goals but being a little louder and a little meaner around the net.

I think he could be a potential 30 points a year guy rather than 20-25 points and he’ll get those points by playing greasy in front of the net during the power play. I won’t ever expect more from him as a third liner. It’s good to see he’s going to have a career year in a shortened season and even better to see he got his first career NHL hat trick.