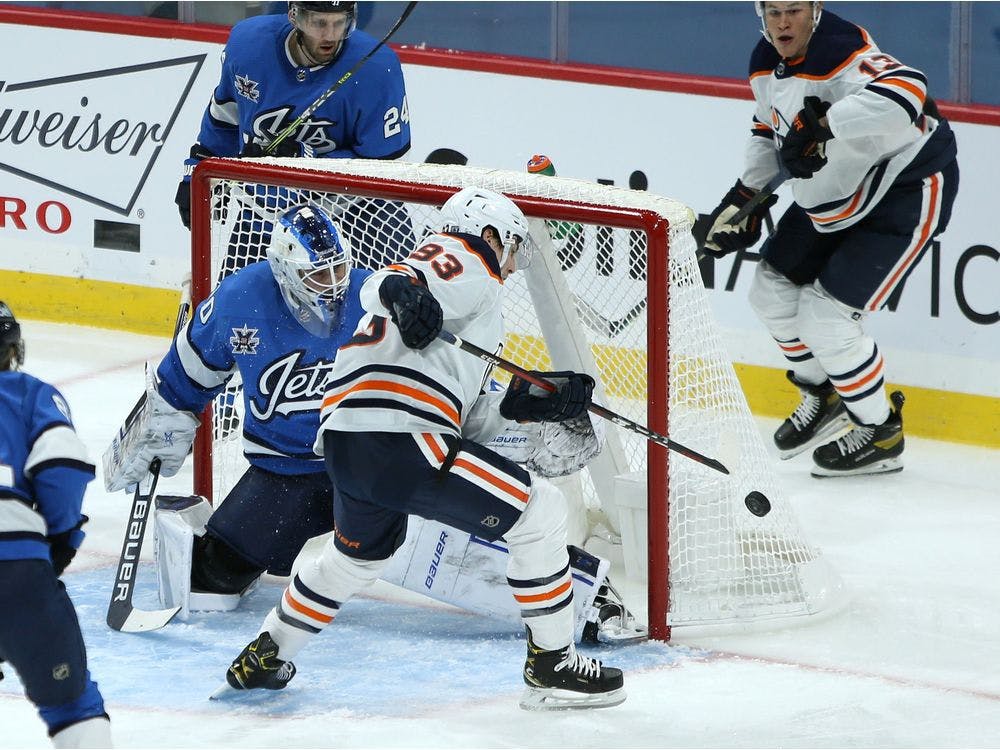 Coming off a 4-3 overtime victory against the Montreal Canadiens, the Winnipeg Jets didn’t have any time to celebrate their most recent win and were forced to immediately depart from Bell MTS Place, embarking on their seven-game road trip that begins against the Edmonton Oilers on Thursday night.

Despite blowing a 3-1 lead against Montreal on Wednesday, forward @Nikolaj Ehlers scored the game-winning goal in typical fashion less than a minute into the extra frame, earning Winnipeg its 18th victory of the season. Now less than 24 hours later, they’ll be looking to capture their third win of the season against Edmonton, which would also move them into a tie for first place in the North Division.

Here are three storylines that could impact the Jets’ fifth of the season against the Oilers:

1. Quick Shifts For All Four Lines

Considering this will be the second game in two nights for the Jets, there’s a very strong chance fatigue will become a major factor during this showdown against the Oilers, especially since last game extended beyond regulation. With that in mind, it’ll be crucial for coach Paul Maurice to keep his players as fresh as possible, meaning the shift lengths will probably need to be capped at around 30 seconds.

Since defensemen @Josh Morrissey, @Derek Forbort, @Dylan DeMelo and @Neal Pionk each played at least 20:00 minutes on Wednesday, the coaching staff must make it a priority to reduce each of their ice time in this game or this top-four group might be exhausted before the third period begins. As for the top-six forwards, none of them played more than 19:42 minutes against the Canadiens and should be capable of being utilized in a similar fashion on Thursday.

Making his fourth start this month, goaltender @Laurent Brossoit is preparing for arguably his biggest assignment of the 2020-21 campaign as he’ll be facing off against the high-powered Oilers, who’ve won five of their last seven games and have scored the third-most goals per game (4.29) since Mar. 6. Adding to this difficult challenge, things certainly didn’t go as planned during the last time the 27-year-old suited up against this same team back on Jan. 24, as he allowed four goals on 38 shots – including two goals from the medium-danger area.

Even though Brossoit has performed pretty well so far, posting a 2.48 goals-against average and a .921 save percentage through seven games this season, shutting down his former team will undoubtedly prove to be extremely challenging. Since forwards @Connor McDavid and @Leon Draisaitl currently sit in the top two in scoring among all skaters in the league, the 6′ 3″ netminder will surely have his hands full through all three periods on Thursday night.

Yes, this may sound insane, but the Jets will be attempting to slow down the monstrosity that’s McDavid during this meeting at Rogers Place. While accomplishing this feat certainly won’t be easy and may seem virtually impossible, this club has enjoyed moderate success in keeping one of the top players in the league in check, as he’s only scored one goal and five assists during five-on-five situations in four games against them this season.

Among all Winnipeg’s defensemen, Pionk has been the most effective defender in those four games against the 24-year-old superstar and will likely be relied upon once again to take away the middle of the ice from him. On the other hand, McDavid only played 17:08 minutes on Wednesday against the Calgary Flames, meaning he probably won’t face a minutes restriction in this contest and could potentially see his ice time increased up to 20:00 minutes or higher.

The puck will drop at 8 pm CT and will be available on TSN 3 along with 680 CJOB.