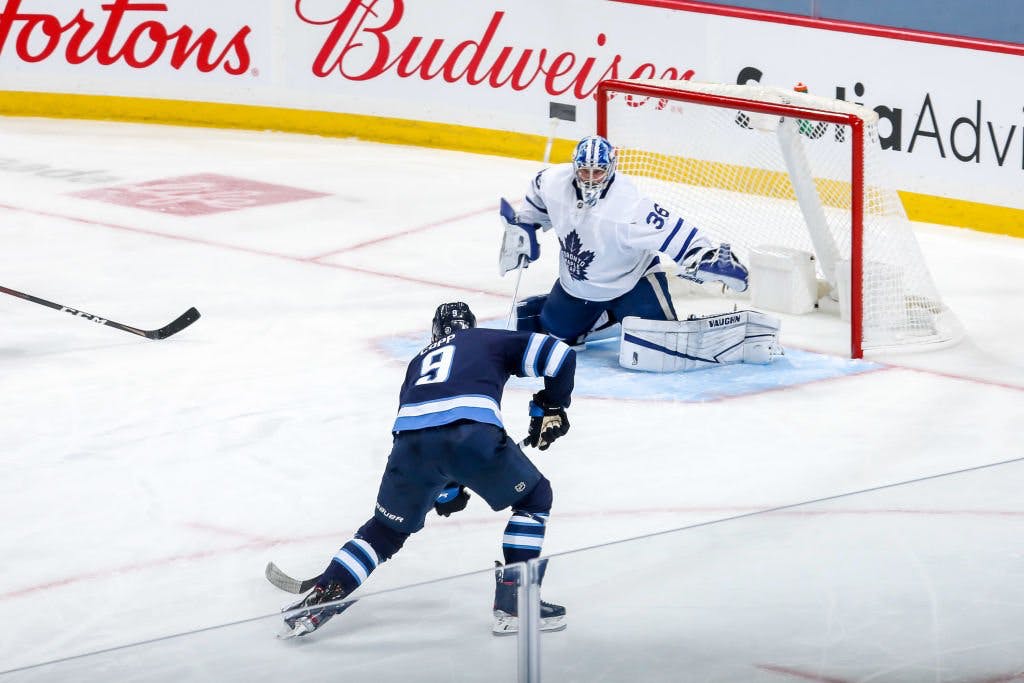 Following a two-game, series split against the Vancouver Canucks, the Winnipeg Jets will look to wrap up this 56-game schedule with one final meeting against the Toronto Maple Leafs, who’ve already captured the North Division title.

Considering neither of these teams is playing for anything Friday night, the outcome of this showdown certainly doesn’t matter, although improving to 29 wins on the season would definitely be a welcomed occurrence. Regardless of what happens, it’ll just be nice to enjoy some stress-free hockey for a change, which is something this club hasn’t be able to enjoy nearly enough in 2021.

Here are three storylines that could impact the Jets’ final game of the regular season:

After being held out of Thursday’s practice, coach Paul Maurice revealed forward @Andrew Copp would miss the final game of the regular season in hopes of having him at 100 percent for game one of the postseason. In addition to Copp’s absence, defenseman @Tucker Poolman, who’s missed the last two games, also didn’t participate in practice and is slated to miss his third straight contest, however, he’s expected to be in the lineup once the playoffs begin on Wednesday.

With Copp out of commission, teammate @Dominic Toninato will remain in the lineup for a second straight game and will skate alongside forwards @Adam Lowry and @Mason Appleton on the third line. As for Winnipeg’s backend, Poolman’s absence will allow both @Logan Stanley and @Jordie Benn to suit up for this season finale, as they’ll be paired together on the third defensive pairing once again.

2. Finish Strong Ahead of Playoffs

Considering the Jets have won just three of their last 12 games and also lost seven in a row during that same span, it’d certainly be beneficial for them to conclude the regular season on a two-game winning streak. Though this team is scheduled to face off against the Edmonton Oilers in the opening round, coming away with one final victory over the Toronto Maple Leafs, who’ve won six of the nine previous meetings in 2021, might provide Winnipeg’s skaters with some additional confidence ahead of the playoffs.

Looking to accomplish this feat, it’ll be extremely important for the Jets to come out strong in the opening 20 minutes and find a way to score the game’s first goal, which will hopefully set the tone through the final two periods.

It’s usually easier said than done, obviously, but fielding a healthy lineup during the postseason is something the Jets must accomplish if they have any shot of defeating the Oilers in round one. Considering the coaching staff is already being cautious with skaters like @Neal Pionk, Copp and Poolman, it’s safe to say they’re taking the right approach, but it’ll also be vital to make sure all four lines run evenly during this matchup against the Maple Leafs.

In an attempt to avoid overworking the top six forwards in a meaningless game, the bottom six forwards should receive plenty of ice time and could potentially play significant minutes in the third period, especially if Winnipeg is controlling the scoreboard late in regulation.

This final dance will begin at 7 pm CT and be available on TSN 3 along with 680 CJOB.