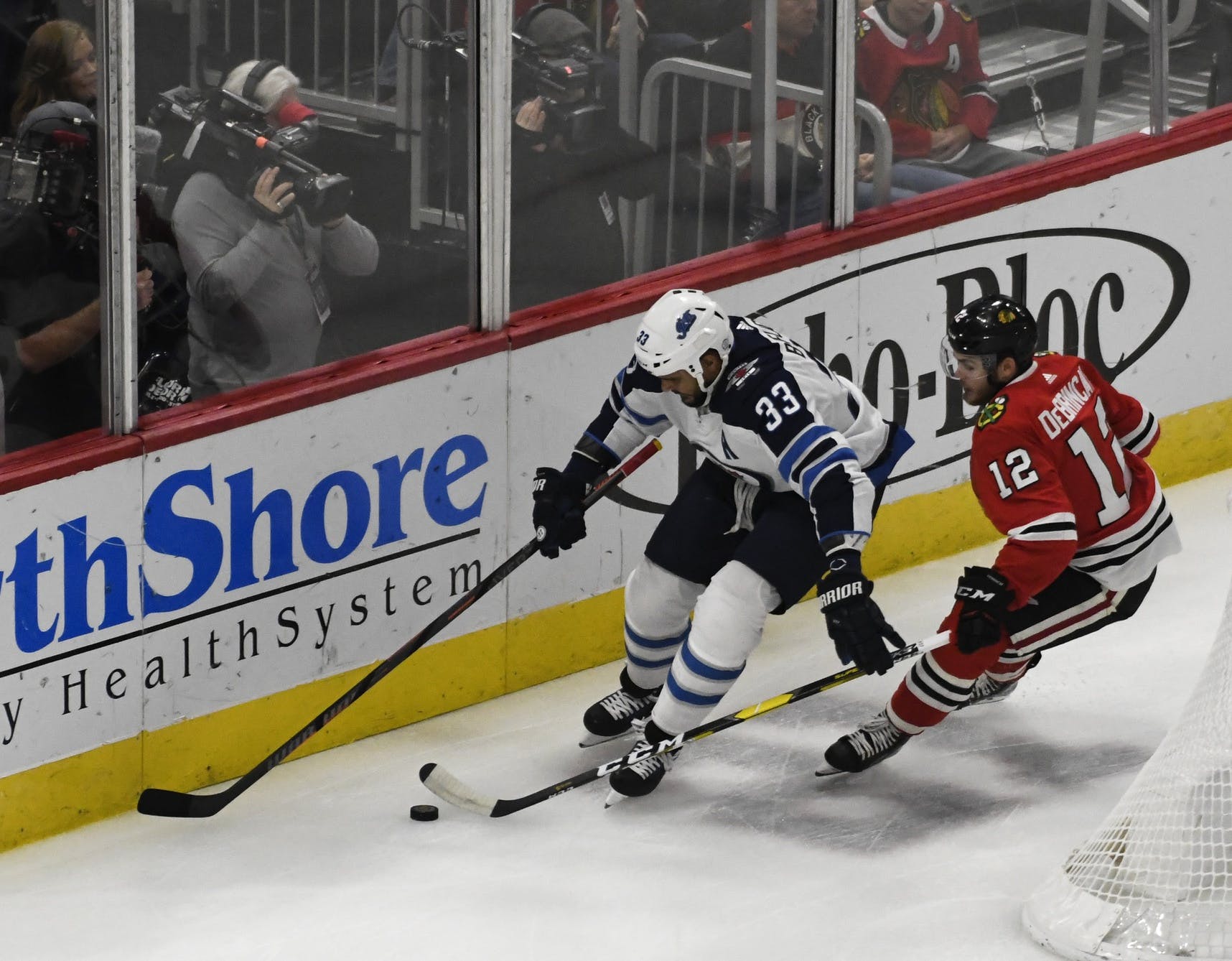 Photo credit: © David Banks-USA TODAY Sports
By Art Middleton
3 years ago
Comments
According to a report first mentioned by TSN’s Bob McKenzie, the Winnipeg Jets have officially “suspended without pay” defenseman Dustin Byfuglien for failing to report to camp. Byfuglien requested and was granted a leave of absence at the start of camp, leading many to speculate on just what his future could hold and if he may even return to hockey.

WPG has suspended Dustin Byfuglien for failing to report to camp. If he doesn’t report by opening day, WPG loses his cap hit until he does report.

While the term “suspended” does sound serious and frames this situation as a team versus player conflict, as Bob McKenzie continued to explain, this is simply a case of the Jets being proactive in terms of Salary Cap protection and general manager likely discussed this course of action with Big Buff when they first talked about his leave of absence and likely brought it up again when Paul Maurice had a conversation with Byfuglien a couple of days ago.
Advertisement
Ad
Advertisement
Ad

The paperwork has been filed but it can be reversed at any time and it’s not something that would come as any surprise to Byfuglien. In the meantime, WPG waits while he ponders his future.

With the Jets suspending Byfuglien, his $7.6 salary which would have kicked in on opening day in the NHL is taken off the books and suddenly gives the Jets a lot more room with the Salary Cap. According to CapFriendly, with the Byfuglien salary not counting, the Jets are a little over $23 million under the cap and are in fact $1.75 million below the NHL’s Salary Floor of $60.2 million. With each day that passes that Byfuglien is not on the Jets, his salary will be prorated over what time he does play (if he does in fact decide to) and is cap hit would be less than the $7.6 it would be if he was with the team from the start of the season.
Advertisement
Ad
Advertisement
Ad
This kind of Salary Cap room will be all kinds of helpful as the Jets look to sign their last two Restricted Free Agent forwards Kyle Connor and Patrik Laine. The extra room will also allow them to explore the possibility of trading for some defensive help to start the season.
So while the optics of the Jets suspending Byfuglien aren’t good, it’s more formality than anything and if a person was to want to look more on the optimistic side of things, the Jets saving money on Byfuglien’s cap hit with the possibility of a return to the lineup weeks or even months into the season could turn out to be situation that works out beautifully for all involved.
Until then, as Sean Tierney mentioned when the Byfuglien news first wet down, maybe the NHL and the NHLPA can come up with better terminology for a situation that isn’t as dire as the word would suggest.
Advertisement
Ad
Advertisement
Ad

I know it's not the crux here but it seems like it would be great if the NHL CBA language allowed for this to happen without using the word "suspension." There's some stigma there. https://t.co/yWROo9MIOo