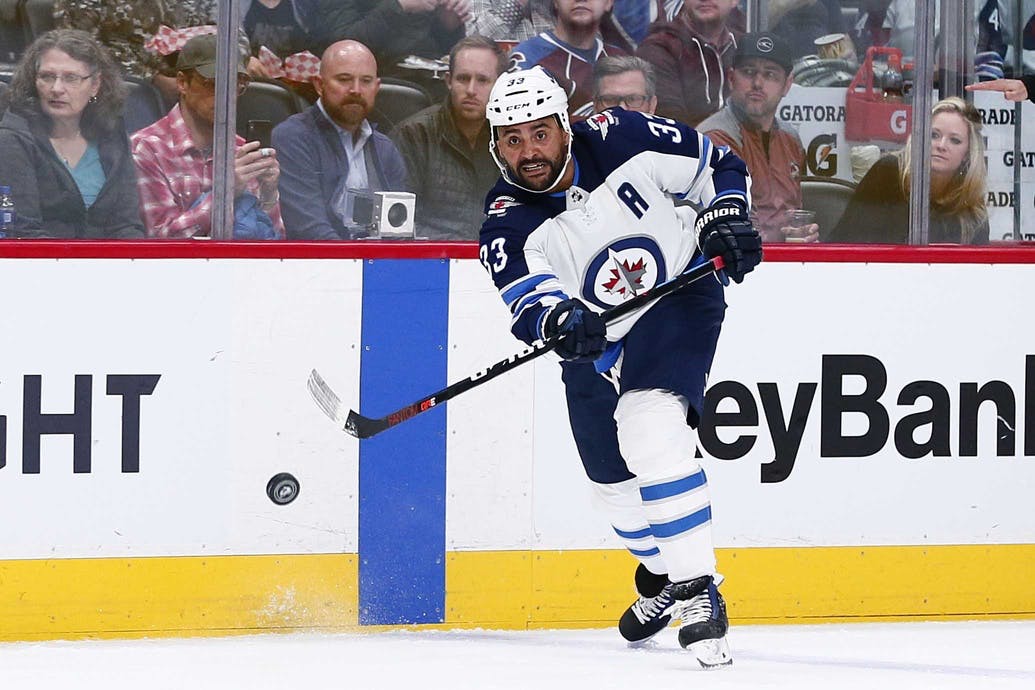 Photo credit: © Isaiah J. Downing-USA TODAY Sports
By Art Middleton
3 years ago
Comments
In a rather surprising development at the start of Winnipeg Jets Training Camp on Friday morning, it’s been announced by the club that defenseman Dustin Byfuglien has requested and granted a leave of absence from the club.

MEDIA ADVISORY: The Winnipeg Jets announced today that defenceman Dustin Byfuglien has been granted a personal leave of absence from the hockey team. #NHLJets

While speculation instantly turned to a medical issue with his family, the air was cleared on that with TSN 1290’s Jim Toth shortly after the announcement was made.

#NHLJets GM Kevin Cheveldayoff tells us he had a conversation with Dustin Byfuglien yesterday & granted him the leave of absence. Emphasized he is fine, his family his fine but needed the time.

The Jets have not announced how long the leave will be for but Head Coach Paul Maurice made sure to note “there is nothing ‘sinister’ about his leave.”
Big Buff is entering his 15th season in the NHL and his ninth as a member of the Winnipeg Jets. The last two seasons have been a bit of a struggle at times as he’s had to deal with a couple of different injuries that have caused him to miss significant time.
We’ll have more on this as it develops as it certainly seems that between the the two RFA contract negotiations between Kyle Connor and Patrik Laine, the Josh Morrissey signing and not Buff’s leave of absence, Training Camp for the Winnipeg Jets is going to be anything but quiet and routine.
Advertisement
Ad
Advertisement
Ad