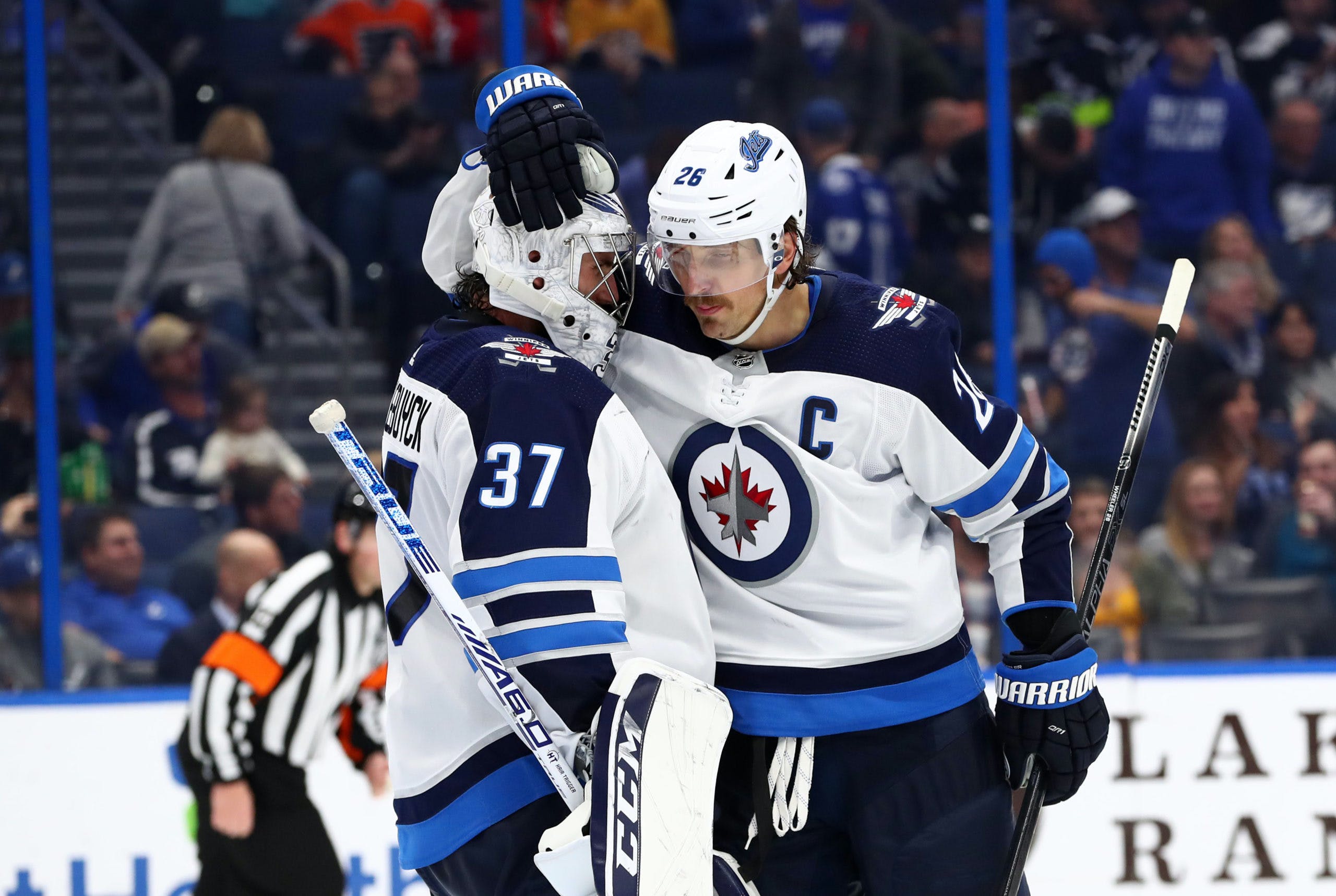 There’s no easy way to hide it, wins have been extremely tough to come by for the Winnipeg Jets lately. If riding a two-game losing streak wasn’t frustrating enough, this club is now set to welcome the two-time defending Stanley Cup champions, the Tampa Bay Lightning, to Canada Life Centre.

After being held in check by this season’s Vezina Trophy favourite, @Igor Shesterkin, two nights ago, the Jets are slated for another difficult test Tuesday while matching up against @Andrei Vasilevskiy. Facing two of the top goaltenders in the NHL during consecutive games shouldn’t be any problem, right?

Yeah, we can all probably laugh at that one.

For a squad that’s scored the fourth-fewest goals for (99) at 5-on-5 in 2021-22, attempting to breakthrough against Vasilevskiy and one of the better defensive units in the league likely isn’t a recipe for success. If anything, all this organization can hope is to receive numerous power-play opportunities in this contest, just as they have over the previous three games – a league-leading 18 power-play chances since Mar. 1.

Needing to earn two points, here are three storylines leading into this showdown between Winnipeg and Tampa Bay:

The Evolution of Evgeny Svechnikov’s Craft

Under both the Paul Maurice and Dave Lowry eras, forward @Evgeny Svechnikov has seen his ice-time fluctuate throughout this season, but recently, he’s been playing some of the best hockey of his career.

Ever since being reunited next to teammates @Kyle Connor and @Pierre-Luc Dubois, which is a trio that probably shouldn’t have been broken up to begin with, Svechnikov has looked rejuvenated from an offensive standpoint. In total, the 25-year-old has scored three goals and six points over his previous five games – including a pair of multi-point performances.

Paired with his offensive metrics, the 6’3″ forward has remained extremely effective at creating net-front traffic, winning puck battles and providing quality defence. Together, these aspects have transformed him into a fairly valuable top-six winger, which is a potential outcome that seemed attainable earlier in the schedule.

Nevertheless, the combination of Svechnikov, Connor and Dubois has quickly become Winnipeg’s most lethal 5-on-5 trio as of late. With that in mind, it’ll be very interesting to watch how this unit responds to matching up against Tampa Bay’s elite defence.

If the Jets are to have any hope of defeating the Lightning on Tuesday, taking advantage of every power-play opportunity must be a crucial aspect of their game plan, which involves the usage of both man-advantage squads.

With forward @Nikolaj Ehlers back in the line-up, this team features enough skill to construct two effective units on the power play, however, managing each of their minutes will be just as important. No longer does the coaching staff need to rely on just one line to occupy almost the full two minutes of a minor penalty, though, that’s exactly what they did during Ehlers’ initial game back.

Moving forward, however, interim coach Dave Lowry can equally share power-play minutes between both lines, that is, as long as Ehlers or another prominent forward remains on that second unit. This way, Winnipeg will continue possessing two productive groups with the extra skater, instead of just one.

Considering the Danish star leads the team in power-play points (two) over the last two games, perhaps it’ll be his squad that’s primarily sent out first with the man advantage against Tampa Bay.

It’s no secret the Jets rely heavily on goaltender @Connor Hellebuyck, that’s been no different to any of his other previous seasons. But at 28, paired with a continued lack of support in front, the 2019-20 Vezina Trophy winner might be experiencing some long-overdue fatigue.

Thus far in 2021-22, Hellebuyck has logged the most games played (47) and has faced the most shots-against (1,515) among all other netminders in the league, according to NHL.com. Understandably, his traditional results have taken a fairly sizeable hit, well, at least for his standards, resulting in a 2.95 goals-against average and a .910 save percentage.

Granted, anyone who follows Winnipeg consistently knows it’s unfair to judge the 6’4″ netminder solely by his overall metrics. Has the two-time All-Star struggled at times this season? Sure. But does this club have a serious problem in net? Absolutely not.

As making a playoff push becomes more unrealistic, it’s reasonable to wonder if Hellebuyck will witness a lighter workload down the stretch.