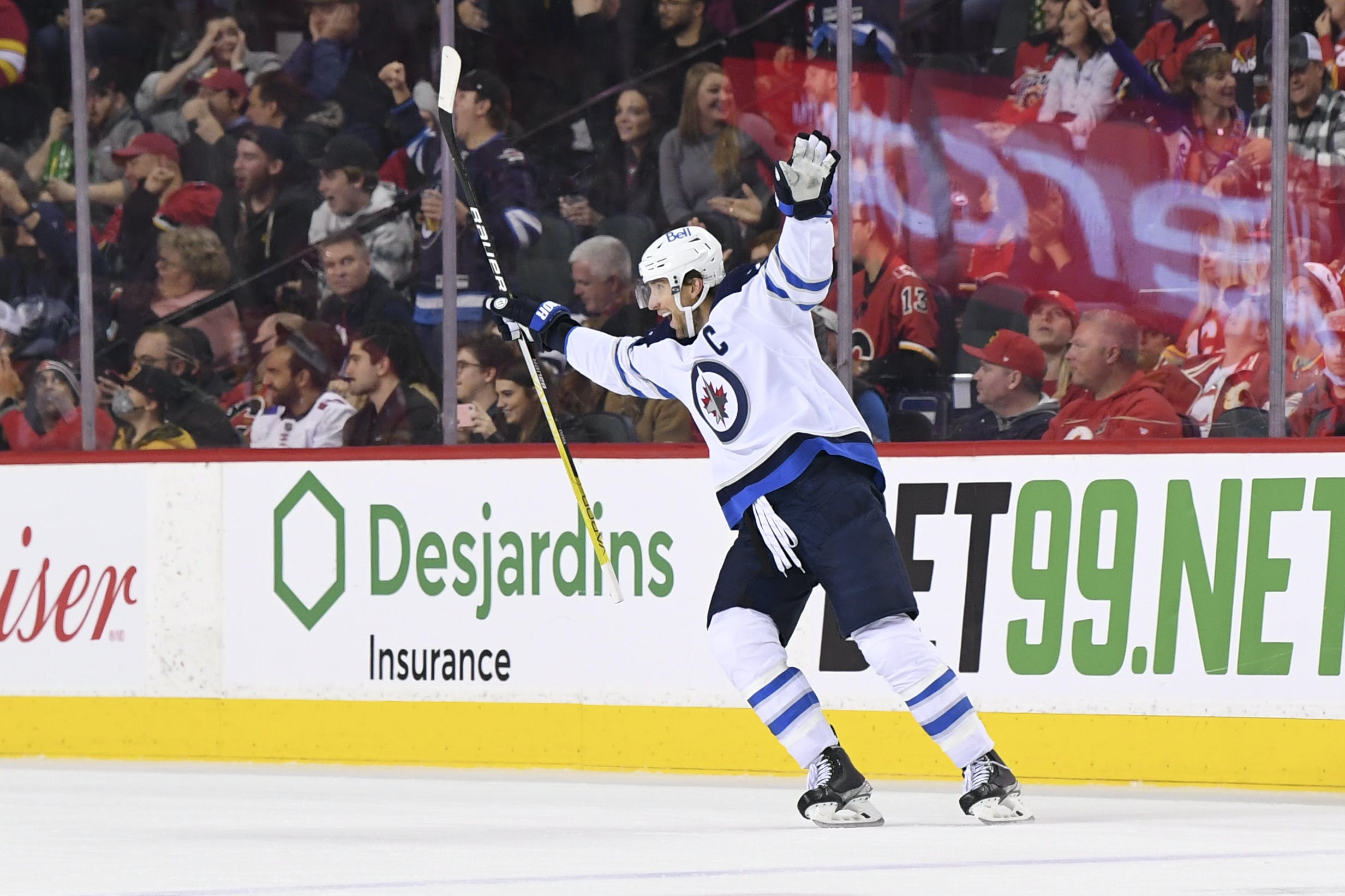 I’m sure almost everyone in the hockey world heard about the fact the long-time Winnipeg Jets captain @Blake Wheeler was officially stripped of his captaincy on September 16. It was a long time coming but it was the right move by new Jets head coach @Rick Bowness and the rest of the Jets new coaching staff. It would hurt anyone to lose something so meaningful like a captaincy and to be replaced by no one immediately as a captain. That’s a fresh kick to the pills right there. The way that Wheeler handled his media availability was solid you could see he was hurt but he got in front of the media and took it like an absolute champ.

“I don’t need to play with a letter on my jersey there was a time in my career where that kind of validation was important to me. I don’t need that anymore. I’m really looking forward to watching the guys who I’ve had the privilege of watching step into an expanded role. I you think I’m going to fade into the back and not be a leader on this team you are sorely mistaken”

There it is, Wheeler knows he doesn’t need to have a letter. The part that really gets me in this quote is the fact he knows he’s still going to be a part of this team and still has the expectation that he’s still going to be one of the leaders on the team. What does that really look like?
I expect we’re going to see a guy who is still clocking top six minutes who plays his heart out more nights than not. I could seriously see Wheeler stepping into a fight if need be like we saw in the 2020 playoff bubble even without being the captain. Wheeler is a very proud man who doesn’t play for the name-bar he plays for the crest on the front of the jersey.  It would be very easy for Wheeler to be a crybaby and just sulk on the bench all season long but I don’t see that happening with him.

Although Wheeler lost this fight this was peak captain Wheeler.

With the “C” off Wheeler’s chest that should take a ton off of his shoulders. The former captain said it himself, being captain was becoming a burden. Wheeler was constantly trying to improve on how to be a good leader and teammate. There gets to be a point where you’re just overdoing it and you almost become a control freak. In Wheeler’s case, I think he became captain serious and was a little combative with the members of the media. He gets asked a lot of the tough questions and I think he took a lot of those questions personally. With all the hard questions falling on you, having a team that was under performing, and rumors of the lockerroom was having a major riff, all of that combined is going to weigh on you especially when you are a very proud individual like Wheeler. The 6’5 forward should start to relax and just be a veteran player on the team. Now as the oldest guy on the team Wheeler doesn’t need to think about what he’s going to say to the media after a loss, he can just be a mentor to younger players.

When the LA Kings moved on from @Dustin Brown as the captain he would start to get better as a player from a points production standpoint. In Brown’s final year as captain 2015-2016, he would only score 11 goals and put up 28 points. Just two seasons later 2017-18 Brown would score 28 goals and 61 points.  Now I’m not saying Wheeler will double his points in two years’ time but I think with the pressure coming off his shoulders I think we could see an 80-point season from him before this current contract is up.

All in all, I expect Wheeler to be a little more relaxed and hell you might even find him chatting up some of the younger players on the bench and joking with them. He’s going to be the leader he wanted to be with no expectations of being the guy and now he can just play hockey. I think Bowness is going to expect Wheeler to play hard every night and we’ll see that hard-working effort from the American-born player and we should expect another 60-point season from him. When I say 60 points I think that’s the bare minimum to expect from the forward. The ceiling should be 75 points. I don’t think we should see Wheeler on the top line much this season but he’s going to do great on the second line. I have it down in pen that Wheeler is going to play on the second line for this season where he is going to thrive with a little less time on the ice which should allow the 36-year-old to recover time and to take on players that he should be better than. Wheeler hasn’t dealt with many injuries and that alone should keep Father’s Time away from him.  I think this will be one of Wheeler’s most productive and fun seasons during his current contract.

If Wheeler can simply let go of the “C” in his mind we are going to see him truly contribute to a winning Jets team in the next two seasons. The man was grateful for the responsibility of being captain and having him pass the baton on to the next group leaders is going to be great to watch.

Finally, we should thank Wheeler for his time as captain he got the Jets to the 2018 playoff run and has dealt with a couple of rough years but he showed up and did the best possible job he could. It was fun to watch him get annoyed with members of the media in Winnipeg and can’t wait to see him play a much more relaxed game.