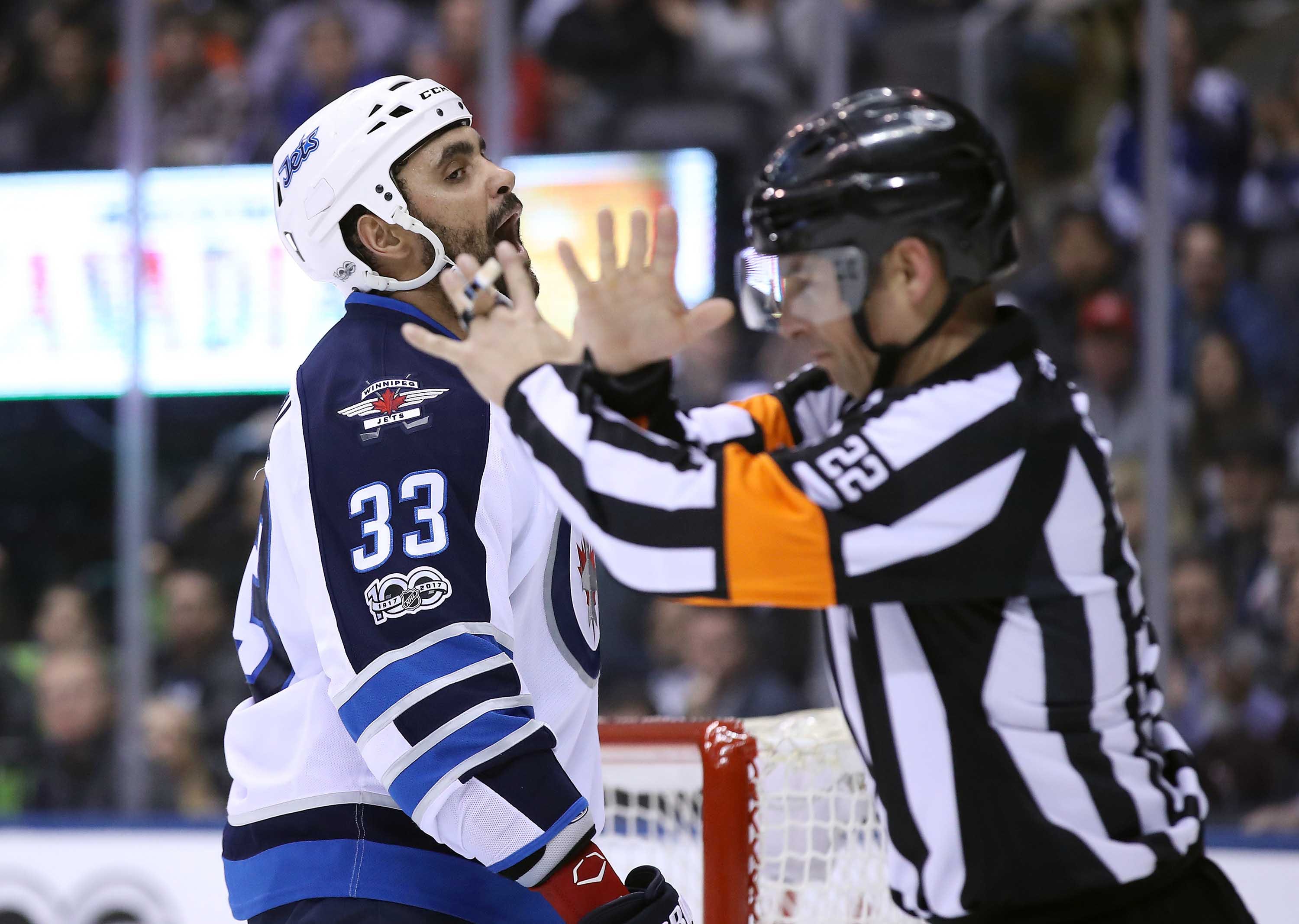 Photo credit: Tom Szczerbowski-USA TODAY Sports
By Art Middleton
4 years ago
Comments
Two days after a scary looking collision that left Dustin Byfuglien shaken on the ice and missing a chunk of the game before returning, and one day after the NHL stated it was going to follow up on how the apparent injury was handled, the Jets announced after their game against the Blackhawks that Defenseman Dustin Byfuglien would be placed on Injury Reserve with a concussion and be kept off the ice for at least the next week.
The injury happened in the first period of the Jets game against the Penguins on Tuesday November 27 as Dustin Byfuglien looked to step up and place a hit on the Penguins Jamie Oleksiak, but it was Buff that was left wobbly and unable to get his bearings correct.

Buff steps up, but he looks to get the worst of this hit on Oleksiak.

Byfuglien has gone to the #NHLJets dressing room for evaluation. pic.twitter.com/ulGlIk6t0i

Advertisement
Ad
Advertisement
Ad
Byfuglien was sent to the Jets dressing room as part of the NHL’s concussion protocols, but minutes later was back in the game and finished it having playing 22:03 which led all Jets defensemen in ice time.
Paul Maurice – who was the one to announce the move to the IR in his post game presser – also continued to express his support for how the team and the league handles apparent head injuries.

Paul Maurice says Dustin Byfuglien was diagnosed with a concussion today and will go to IR.

Said also that he has "complete faith" in the concussion spotting process and the quality of testing that gets done.

Byfuglien didn’t see any action on Thursday against the Chicago Blackhawks as both Sami Niku and Cam Schilling made their season debuts with the Jets and depending on the status of Joe Morrow – who also missed Thursday’s game with a lower body injury – could end up playing through the Jets two game road swing through New York this weekend.
Advertisement
Ad
Advertisement
Ad