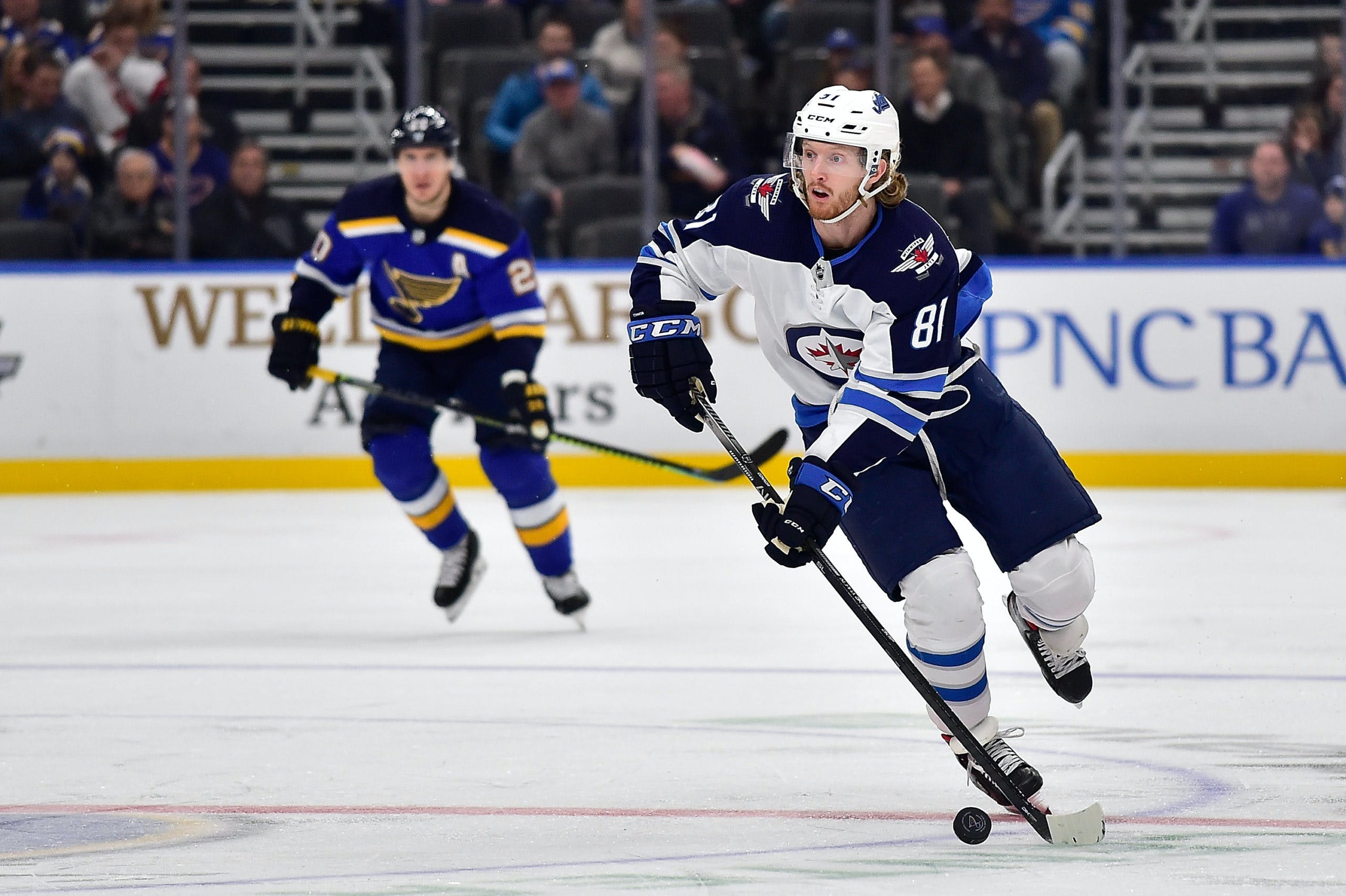 After splitting their back-to-back series on the east coast, the Winnipeg Jets are headed back to the Central Time Zone, where they’ll face the St. Louis Blues on Sunday.

Preparing for their final meeting of the season against this opponent, the Jets have been quite successful thus far, winning two of the three previous matchups. Most recently, veteran @Paul Stastny led the way for his team during their last visit to the Enterprise Center back on Jan. 29, scoring a pair of goals en route to a 4-1 victory.

If a similar result occurs during this upcoming clash, this franchise would draw even closer to the second wild-card spot in the West, which they currently trail by six points. But as most fans know, surging into a post-season position appears extremely unrealistic at this moment, although it’s not like anyone is running away with that final seed either.

Looking to capture another much-needed victory, let’s explore three skaters worth keeping an eye on during this rivalry showdown between Winnipeg and St. Louis.

Jets forward @Kyle Connor continued his remarkable 2021-22 performance Friday, registering his 36th goal of the season courtesy of a 2-on-0 rush with teammate @Nikolaj Ehlers at his side. With that marker, the 25-year-old enters Sunday’s contest riding a three-game goal streak – one he’ll look to extend against the Blues.

#NHLJets are probably going to need another 2-on-0 rush like this one if they're to have any hope of mounting a comeback tonight. pic.twitter.com/CD1aQp6kqb

No matter if he’s been on the ice at even strength, with the man advantage or short-handed, Connor has remained Winnipeg’s most reliable offensive contributor all season long. Sure, the 6’1″ forward still struggles at times in the defensive zone, however, there’s no denying how much scoring upside he provides.

In three previous meetings this season, the left-hander has posted two goals and three points against St. Louis, with both of those markers coming at 5-on-5. At this rate, it’d probably be foolish not to expect No. 81 to make an offensive contribution in some capacity before the night concludes.

Entering this matchup, forward @Pierre-Luc Dubois has been held scoreless in consecutive games and has registered just a pair of goals across six games this month. Having said that, these results aren’t indicative of his efforts during this recent stretch.

Despite his considerably light goal total, Dubois has been generating plenty of quality chances lately, however, he largely hasn’t been rewarded for them. In total, the 23-year-old has produced 27 scoring chances in March, with 11 of them being of the high-danger variety, according to NaturalStatTrick.com.

This has earned him a team-high 3.16 individual expected goals rate at all strengths, and yet, he’s still sitting with only two goals. You’d think pucks will soon start to bounce his way eventually, right?

Either way, Dubois remains a legit 200-foot threat every time he steps off the bench. Even if he fails to locate the back of the net for a third straight contest, chances are his stellar playmaking abilities will continue to shine brightly in St. Louis.

Nearly one week away from the 2022 Trade Deadline, rumours continue to swirl around this team and while general manager Kevin Cheveldayoff may be undecided on whether to sell or stand pat, forward @Andrew Copp will likely be on the move if the latter is chosen.

Only four games remain – including Sunday’s contest – before the Mar. 21 deadline arrives. With that in mind, there aren’t many chances left for Copp to improve his market value before he’s potentially dealt to a playoff contender.

Though he’s without a single point in three straight games, the 27-year-old could be poised to snap that scoreless streak against the Blues, especially while positioned next to Ehlers on the Jets’ third line.