Winnipeg Jets send Divincentiis and Zhilkin back to the OHL 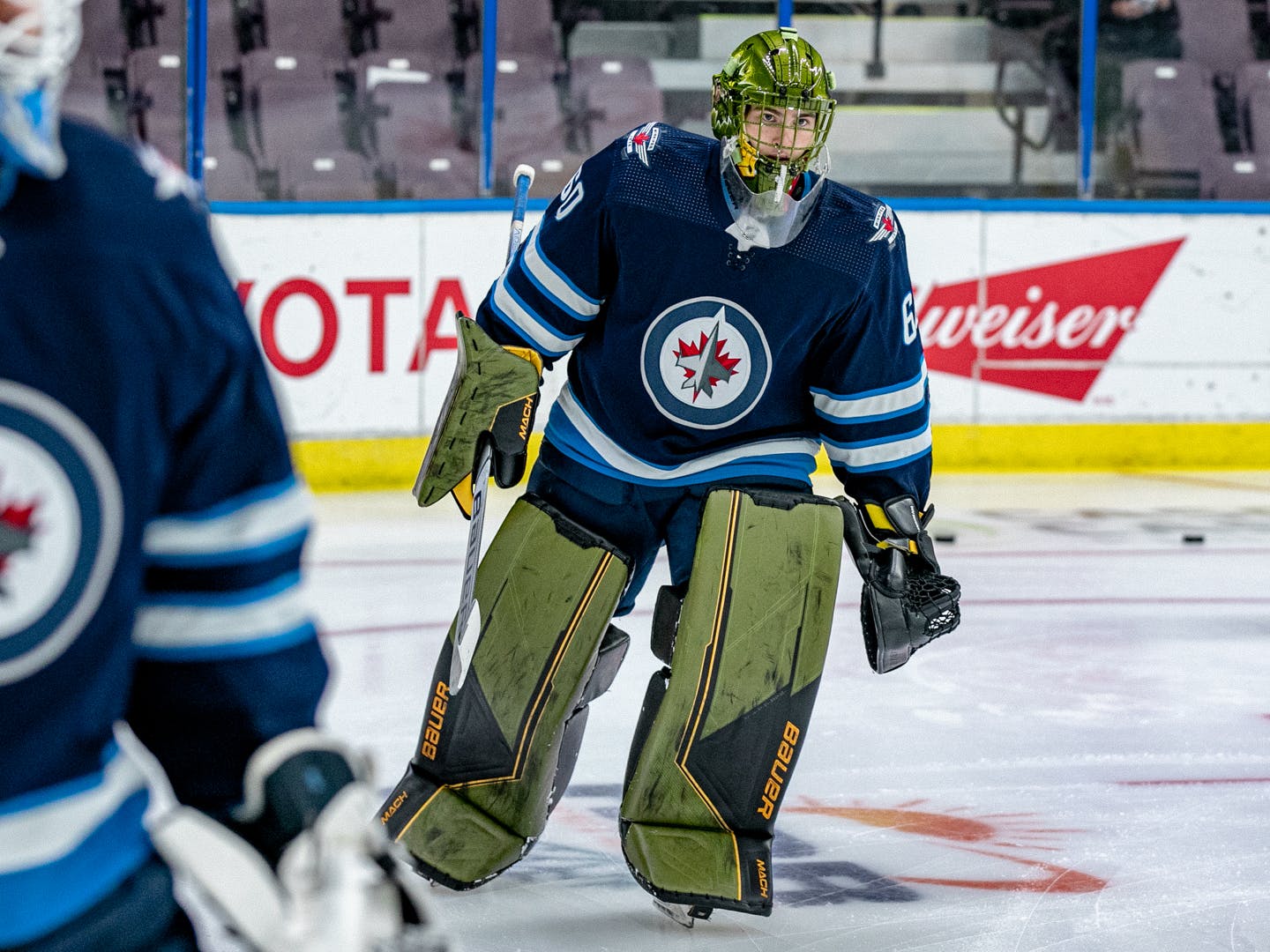 By Angus Hout
2 months ago
The Winnipeg Jets have started to make cuts to the line-up. A couple of guys who were cut Tuesday afternoon were @Domenic DiVincentiis and @Danny Zhilkin who will be sent back to the perspective OHL teams. The Jets have loaned defensman @Dmitry Kuzmin to the Flint Firebirds.
DiVincentiis will be travelling back to North Bay and will be joining the North Bay Battalion and Zhilkin will travel to the GTA to Guelph to join the Guelph Storm.
This was both Zhilkin’s and DiVincentiis’ first training camp. Both men were drafted in the 2022 NHL draft. Zhilkin was drafted 77th overall and DiVincentiis was drafted 207th overall. Both men are yet to sign a contract with the Jets so there was no expectation for them to join the organization. This training camp was good for both of them to get their feet wet and to see what NHL pros can do.
Zhilkin a Russian-born player enjoyed a breakout year with the Storm scoring 23 goals and 32 assists over 66 games. The 6′ forward can take what he learned from camp and the Young Stars Classic and take it back to the OHL. It’ll also be a good idea to keep tabs on Zhilkin and his mental health program Zhilkin’s vision.
DiVincentiis just finished his first year in the OHL. In his rookie season, DiVincentiis would play in 27 games and have a 14-8-1 record a .907 save percentage and a goals-against-average of 2.59 which was good enough to win the Dinty Moore trophy. ( Rookie goaltender with the lowest goals-against average. The 6’2″ goaltender would stop 44 shots and allow three against the young Flames and pick up the only Jets victory in the classic.
Both men are just 18 years old so no harm with them going back to OHL and playing meaningful hockey where they can grow and hopefully get that much closer to joining the Jets.
Uncategorized
Recent articles from Angus Hout