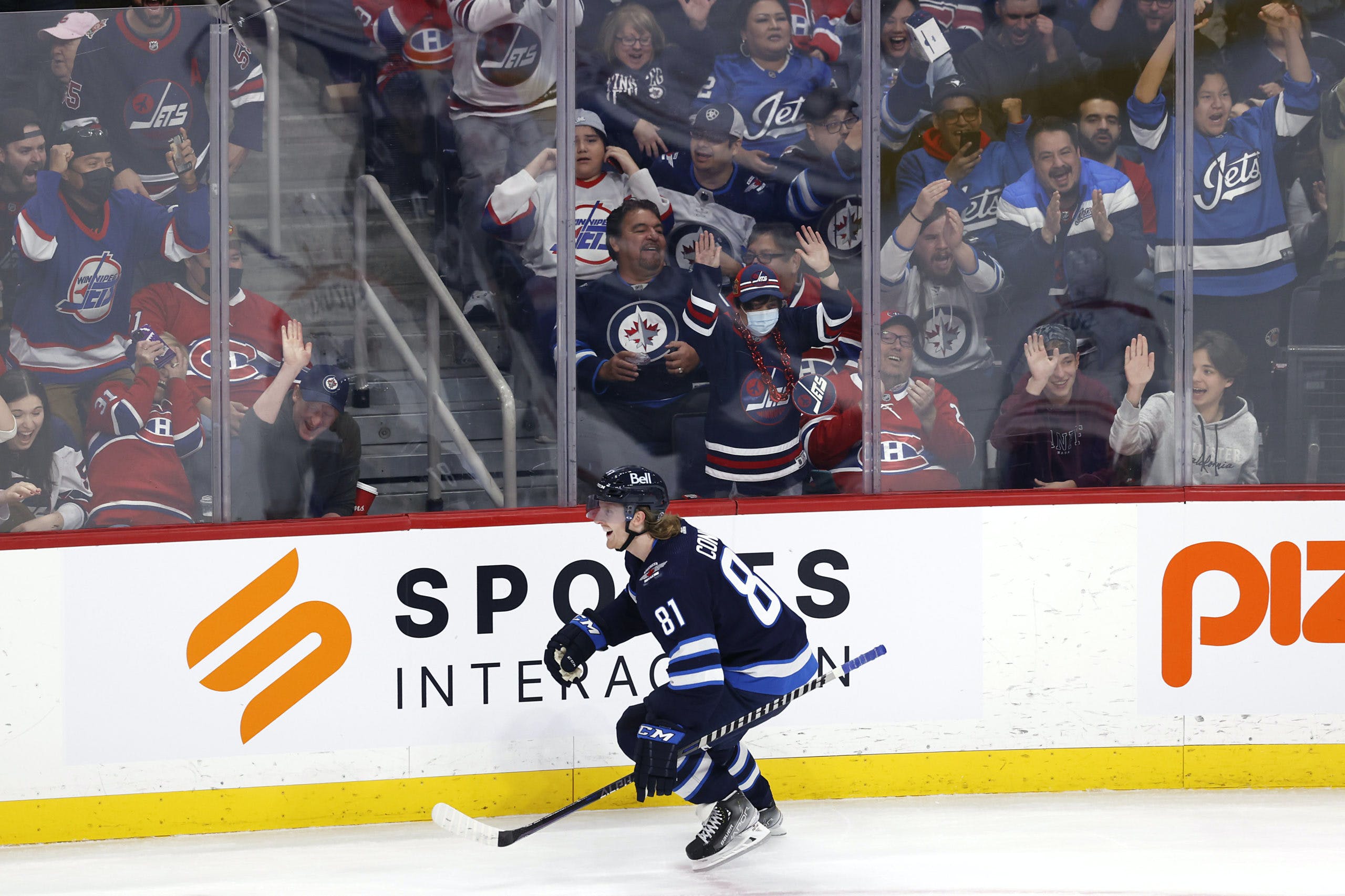 By Angus Hout
27 days ago
Welcome to Jets Nation brought to you by NHL odds site Betway! It’s been a long while since I’ve done one of these articles. I’ll give you three thoughts on the Winnipeg Jets and what’s happening in the NHL. Let’s have a little fun on this snowy Monday.
Heinola has every right to be upset it’s just at the wrong people
On November third Ville Heinola’s agent Allain Roy told the hockey news “I think everybody in hockey that has seen him play realizes he’s now at that point where he has made an NHL regular expendable,”
I think Ville has every right in the world to be upset with Jets management. The guy was screwed over in the 2021 season where he only got in on five of the 56 games. In the 2021-22 season, he would get in on 12 NHL games and 41 AHL games all while being perfectly healthy. Playing 63 games at the professional level is fine but there were plenty of games where Ville should have been playing especially in the NHL. When April rolled around and we pretty much knew the Jets were out of the playoff picture yet he would only get in on one NHL game in April. The Jets could have taken the losses and had the young Finnish defender gain some important NHL experience.
When the previous coaching staff was let go everyone had a fresh slate and had to put the work in to make the team and Ville didn’t make the cut. The biggest reason he didn’t was simply that he was waiver-exempt. If Heinola, Logan Stanley, and Dylan Samberg all had to be put on waivers to be sent down to the AHL Stanley would have been the guy who went down. Ville will be an incredible NHL defenceman but still needs to wait his turn. Ville should be mad at the old coaching regime where they screwed him over sitting in the press box week after week. Heinola is a victim of the old coaches and his contract. His time will come in the NHL and I pray to Gord that he is a Jet for the majority of his career but I won’t be shocked if he simply walks away from the organization when his contract expires in  2024.
The Power Play will get better.
The Jets’ power play had a rough start to the season. Before the afternoon game against the Chicago Blackhawks, the power play was sitting at 13 percent after going 3/4 on the power play against the Blackhawks the Jets’ Power play jumped up to 20.5 percent. There hasn’t been a change in the Jets’ power play strategy but it has been fairly consistent for most of the season. The Jets have had plenty of shots during the power play ring off the post, just go wide or the opposing goaltender has made monster saves.
I talked about it during my bold predictions about this team I thought we would see the Jets’ power play humming in the 27-30 percent range. The Jets would have needed to score two more goals to hit 28 percent success on the power play. It’s not the end of the world the Jets are 17th overall when it comes to having the extra man on the ice. Nikolaj Ehlers is an essential piece to the Jets’ power play and we will see its true potential when he returns and is helping the first power play unit do their thing. I still firmly believe this team is capable of scoring on close to 30 percent of their power plays.

Kyle Connor won’t score 40
I don’t like saying it, but the top goal scorer for the Jets last year Kyle Connor has had a slow start in the scoring race and probably won’t be the leading scorer for the Jets for three consecutive years. It’s not for a lack of trying Connor has been firing shots from everywhere on the ice and has had multiple grade-A scoring chances in some of his games. He has 41 shots through 11 games and has two goals, which is good for a 4.1 percent shooting percentage. In Connor’s career, he scores at a 14.9 shooting percentage. If Connor was scoring at his normal 14.9 percent he would have five or six goals through 11 games.
As of right now, he is short four goals where he should be. it feels like Connor has lost all of his puck luck. scoring four goals in a single night isn’t out of the realm of possibility but without a little bit of puck luck, it’s going to be hard to be great.
To start the season many fans and media members myself included were thinking Connor could score 50 goals with no problem. With the slow scoring start, it’s going to be tough for Connor to even hit the 40-goal mark. I still think we can have high expectations for Connor this season. 35 goals should be a real marker of success for the Michigan-born player. We don’t need to run Connor out of town because he isn’t producing as much he is still an elite member of this team. My prediction is Connor will score 37 goals by the end of the season.
The Summer of running it back has worked, so far.
Remember this past summer when it felt like Kevin Cheveldayoff wasn’t doing any to better the Jets’ roaster? Cheve didn’t re-sign Eric Comrie and brought in a less-than-amazing goaltender David Rittich, neither Mark Schiefele nor Blake Wheeler was traded. Sam Gagner was the late summer signing and no one even noticed that Saku Maenalanen was signed by the Jets. Who could forget the signing of Alex Limoges?
When Rick Bowness was hired after Manitoba legend Barry Trotz declined to work in Winnipeg it felt like Cheveldayoff failed. With the lack of big sexy trades and signings, a lot of fans who weren’t sold on the idea of running it back were upset at the fact he was just given a three-year contract extension. Early on this season, the Jets are proving a lot of people wrong and this team that Cheveldayoff build last season is incredibly talented they just needed to have the right buttons pushed. We are starting to see consistency with this team.
The Jets have pushed around teams they had no reason to push around, they have dominated the lesser teams, they have had to force comebacks and won those games and Connor Hellebuyck hasn’t had to steal as many games for the Jets. The Manitoba Moose are also starting the season off hot. They’re second in the Western Conference. Early on it, looks like the summer of sitting on your hands has worked Chevelday.
Editorials
Recent articles from Angus Hout