Who’s the most important Jet? 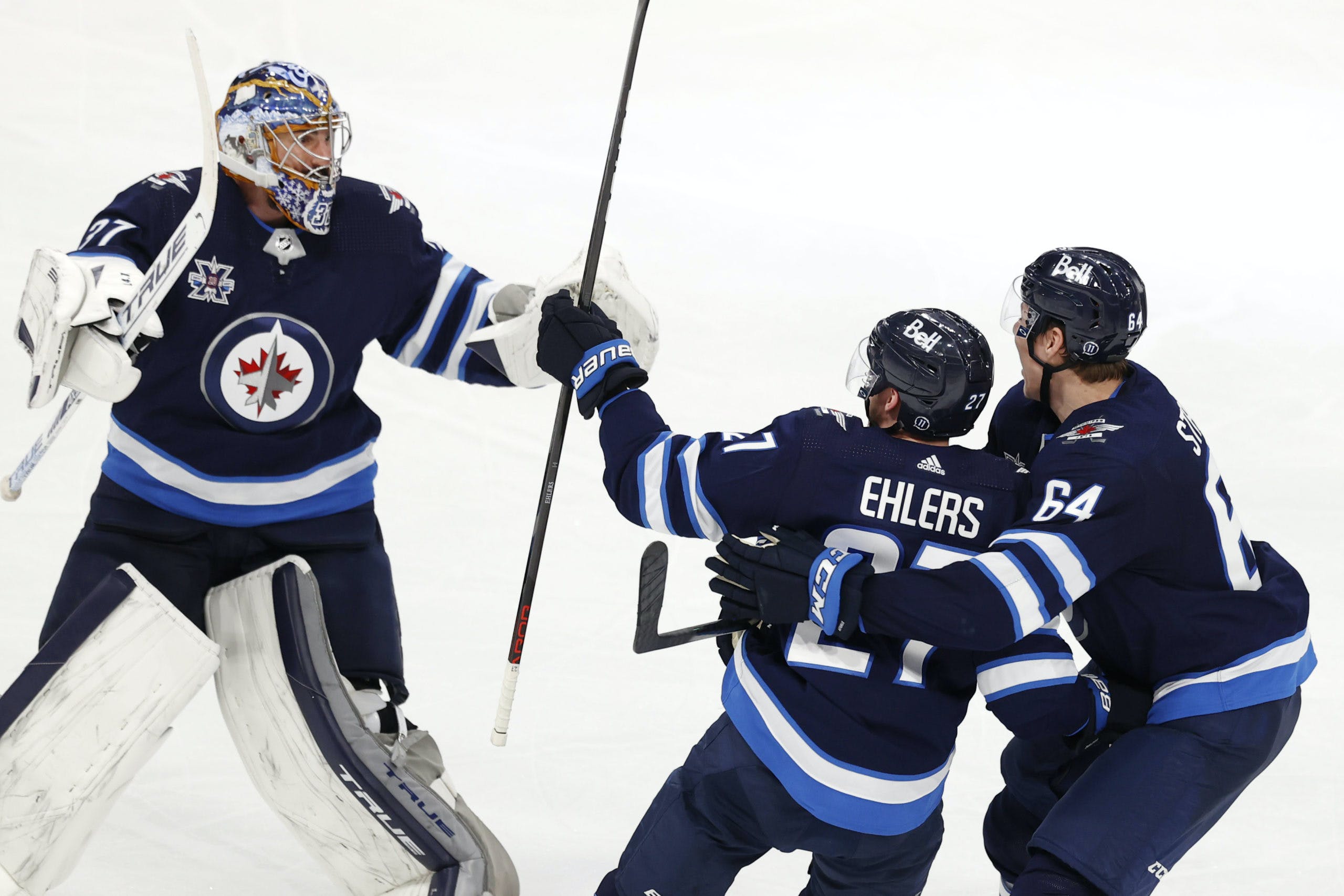 By Angus Hout
1 year ago
This week on Jets Nation Radio, there was a brief discussion about who we think is the best player on the Winnipeg Jets. Since this team’s roster is extremely talented, an argument can certainly be made for multiple different skaters.
So let’s begin.

After @Mark Scheifele was suspended in the 2021 Stanley Cup Playoffs, the Jets looked lost without him and were only able to score three goals in the final three games of the second-round series. Scheifele, who has become the face of this franchise, is also one of the key offensive pieces and has served as a point per game player since 2016-17.
Prior to that incident, Scheifele hadn’t missed any time since suffering a significant injury in 2017-18. With the 28-year-old unavailable for those final three games against the Montreal Canadiens, the Jets’ confidence was seemingly gone and his departure definitely left a gaping hole in the lineup. The right-hander leads the team in total points (220) and even-strength points (157) since the 2018-19 season, according to NHL.com.
Does that mean Scheifele is the most important member of the Jets? No, but he’s a crucial member of their offence and is expected to serve as such once again in 2021-22.

@Josh Morrissey has largely been regarded as the Jets’ best defenseman over the last few years, but I think @Neal Pionk has surpassed him in that department. As recent as last season’s playoffs, Pionk’s stellar defensive skills were on full display against the Edmonton Oilers, as he slowed down @Connor McDavid and limited him to only four points through four games.
Pionk can slow down superstars and other players. Not only is he a reliable defender, but he’s also led all Jets defensemen in scoring during each of the last two seasons. The right-hander hasn’t missed a single game since joining the team in 2019-20. There are lots of reasons to like the 26-year-old defenseman.
Is Pionk the most important member of the Jets? Again, it’s a no from me. There’s nothing wrong with him, in fact, I think he’s the most important defender on the roster, but he isn’t the cornerstone of this club.

The man with one of the toughest jobs in all of sports is goaltender @Connor Hellebuyck. He makes everything about his craft look extremely easy. Thanks to his greatness, he’s the biggest reason why the Jets have enjoyed so much success over the last several campaigns.
If Hellebuyck were to suffer an injury – fingers crossed that never happens – I fear for Winnipeg’s record without him in net. If you look at the three teams who featured a Vezina Trophy finalist last season, which were the Colorado Avalanche, the Las Vegas Golden Knights and the Tampa Bay Lighting, all of them possessed fairly reliable defenders. And even without much support in front of him, Hellebuyck still finished among the league leaders.
Without Hellebuyck, the Jets are without question a non-playoff team. No joke, just an honest thought. Hellebuyck is a great leader on and off the ice, and as long as he’s on this club, they’ll remain a postseason contender.
Who do you think is the most important Jet in your eyes? Let me know in the comments below and make sure you listen to this week’s episode of Jets Nation Radio, which is available everywhere except for Apple Podcasts. Unfortunately, you’ll need to wait a few more weeks for that.
Uncategorized
Recent articles from Angus Hout