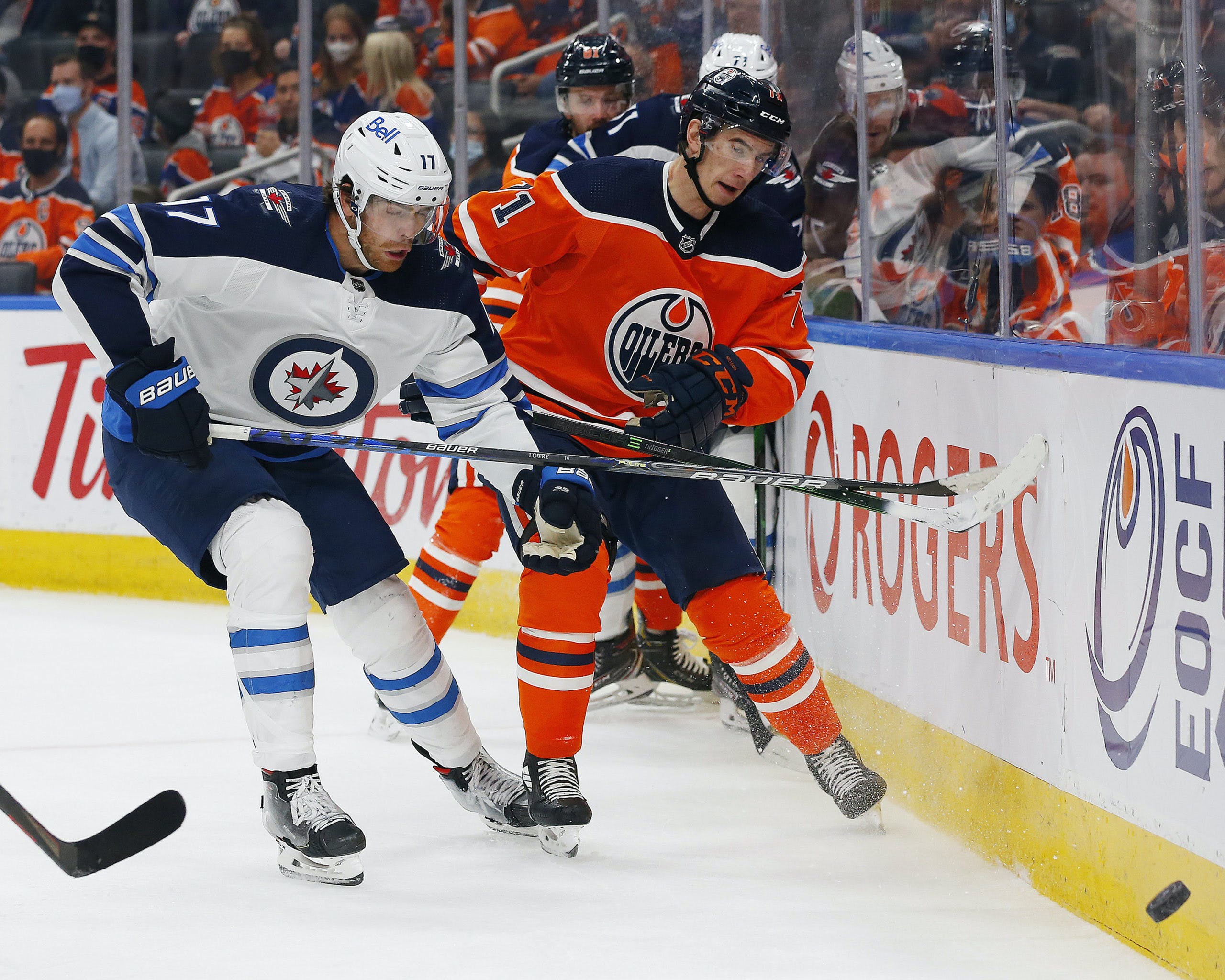 By Angus Hout
1 year ago
This week on Jets Nation Radio, the question was asked, “Who’s the answer for the Winnipeg Jets this season? The answer to that being an unsung hero or a dark horse that shows up for the team in clutch times.
Whether it’s someone who blocks last-minute shots, lays a big hit to hype up the fans and the players on the bench or maybe someone who can score timely goals that perhaps aren’t even game-winners. So let’s take a look at who might fit that description on the Jets’ roster in 2021-22.

@Adam Lowry is one of my favourite third-liners in the National Hockey League. He’s a Swiss Army knife who can score, kick-ass and win some faceoffs.
Lowry is a player every team wants, and we are lucky enough to have him in Winnipeg. You can always expect Lowry to show up and score at least 20 points pretty much every season. The national media won’t generally talk about him unless it’s to mention his dad, Dave, who’s one of the Jets’ assistant coaches.
From an overall standpoint, revolving around his offensive and defensive traits, fans should expect Lowry to help carry the freight for this team throughout the regular season, again.

Which Skater Helps the Jets Advance to Playoffs?

It’s difficult to be the main contributor on a regular basis as a defender in the NHL, especially when you’re a defensive defenceman like @Brenden Dillon. But that doesn’t mean he can’t be one of the driving forces when it comes down to the end of the season amid this club’s eventual playoff push.
I think Dillon will be poised to take some pressure off the Jets’ backend, and I can already see him laying out massive hits in the middle of the ice and making pivotal blocks in the defensive zone. Honestly, from what I’ve seen of Dillon so far, I fully trust him to make the right plays during the season that’ll help push this team into the playoffs for a second straight year.

Which Skater Could be a Liability?

With captain @Blake Wheeler nearing his late-30s, along with the pressure he’s placing on himself to win a Stanley Cup, there’s a chance he might make a series of crucial mistakes that could cost the Jets big when it comes down to the final part of the season.
I really don’t want to rip on Wheeler, he sounds like a great human and an even better captain, but I think the pressure he puts on himself to win this season might come back to bite him. Unless his offensive production can outweigh his troubling defensive results, the veteran forward could be in store for another declining performance.

Which Skater Could Cost the Jets a Playoff Spot?

If you have listened to Jets Nation Radio in the past, you already know my feelings towards @Eric Comrie – they’re not very positive. I don’t think he’s the right fit for the Jets as their backup goaltender.
Comrie will likely endure costly mistakes that might take away from some of the Jets’ success and might even derail this club’s playoff chances if he plays poorly enough. But let’s hope that doesn’t come to pass and @Connor Hellebuyck can win enough games on his own to push his team into a post-season berth.
Which skaters do you think will lead the Jets this season? Let me know in the comments below.
Uncategorized
Recent articles from Angus Hout